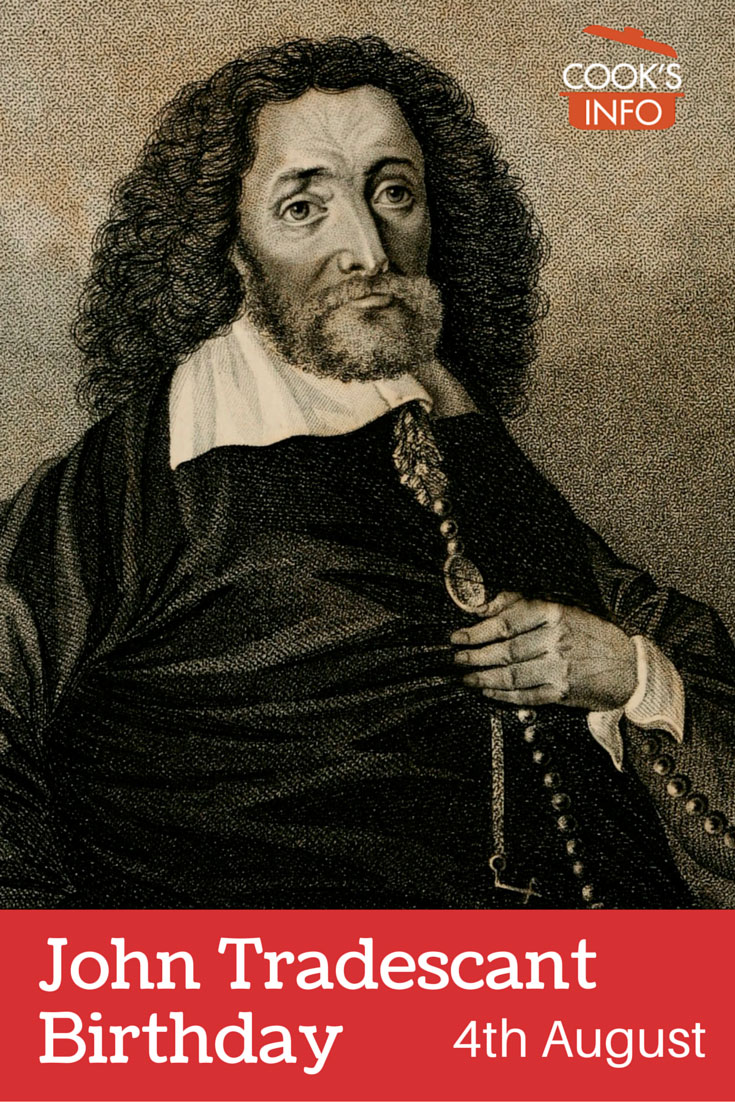 John Tradescant Birthday. © Thomas Allen: The History and Antiquities of the Parish of Lambeth, and the Archiepiscopal Palace, in the County of Surrey, J. Allen, London 1827 [Public domain], via Wikimedia Commons

The Tradescants had access to samples of plants from abroad because they were gardeners to the stars of the time who included Elizabeth 1st and, during the Restoration, Charles II. Their influence spanned almost 100 years, from the birth of the father in 1570 to the death of the son in 1662.

They lived and worked through the time of Shakespeare, the founding of the Virginia Colony in America, the founding of Québec in North America, the accession of a Scottish king to the throne of England (James 1), the English civil war, the coronation of Louis XIV and the building of Versailles in France, the execution of Charles I, and the Restoration.

Though they rubbed elbows with many of the stars and worked for some of them, they managed to keep a low enough profile that the tumultuous history passing over their heads left them in peace to “cultiver son jardin,” as Voltaire said. No mean feat at a time when getting involved in history often meant losing your head.

In tending their gardens, for people such as Charles 1 and the Duke of Buckingham (a favourite of King James 1), the Tradescants not only added to our diet some produce items we now take for granted, but started the first public museum in England. A novel, and a sequel, have even been written about them.