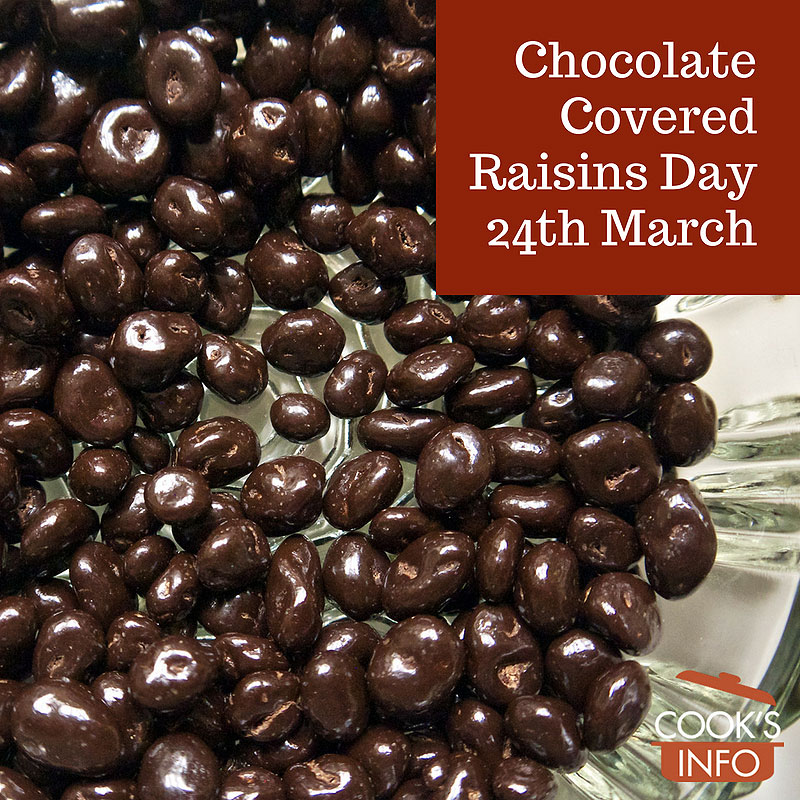 Chocolate covered raisins day is a problematic day to celebrate. You obviously need to have a few to honour the holiday, but what’s a few? Five or six? A dozen? And how do you get them? If you buy a box, you’re obviously not going to stop at five or six, or even twelve, because they are so morish!

You can in theory buy a limited amount at the bulk section of your supermarket, but how naff are you going to feel with the check-out person holding up a clear plastic bag looking at the twelve that you’ve counted out?

No, there’s really only two possible solutions. The one is to buy a box, and split it with a few other people at lunch or coffee time. The other is to decide that this time you actually believe the latest “press release rewritten as news” in the media, and go with the “chocolate is healthy” now thing. Matched with raisins, that box of chocolate covered raisins in your hands becomes nature’s little miracle food — and instead of sharing one box with your coffee-break mates, you should treat them each to his and her own!

And don’t let anyone ruin the day for you by telling you they look like rabbit droppings.

The earliest mention that CooksInfo has found of a 24th of March “Chocolate Covered Raisins Day” in print archives dates from 2001 in Missouri: 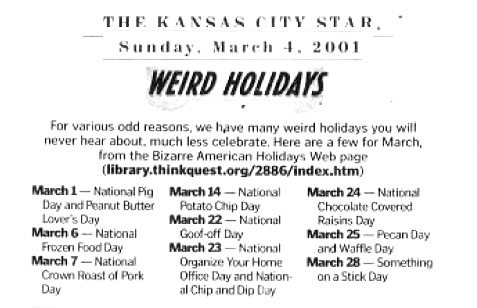 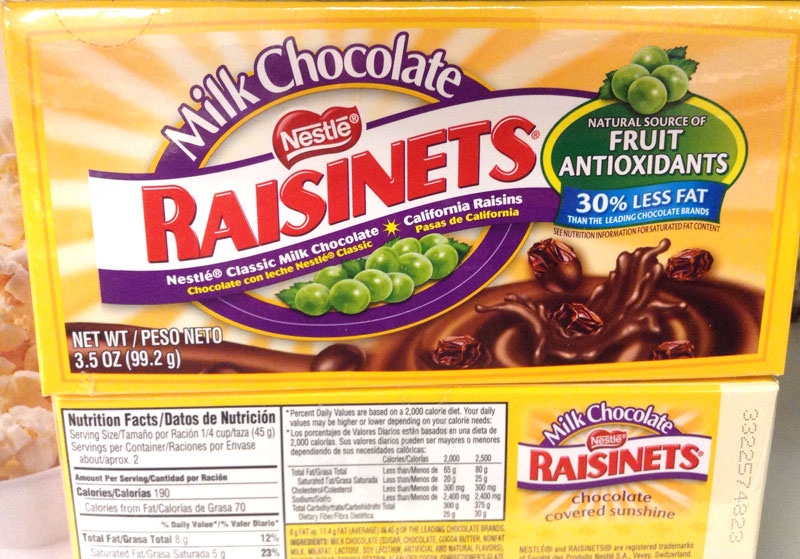