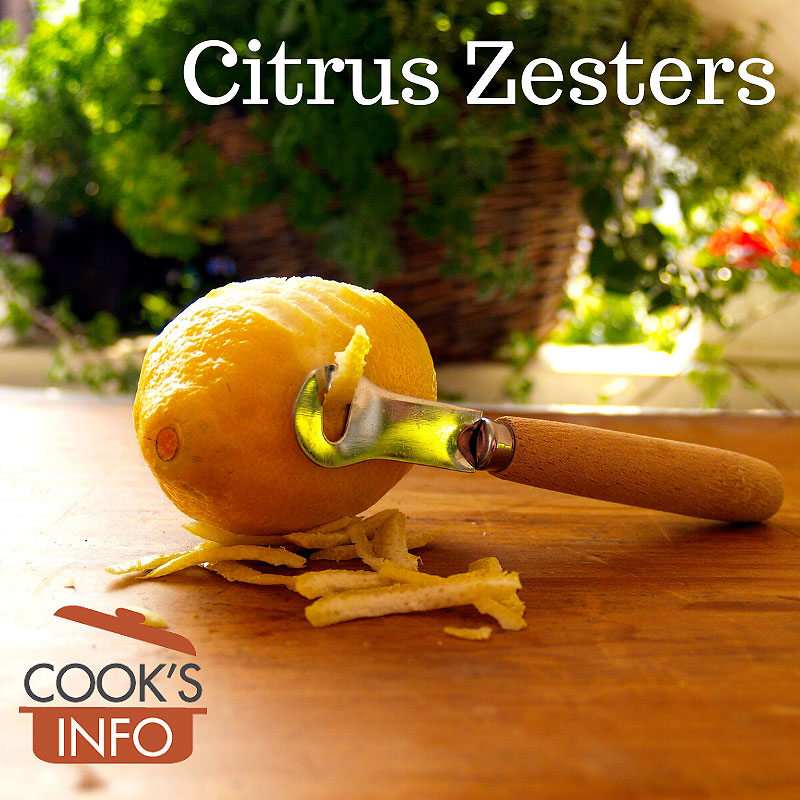 Citrus Zester. The zester in this photo has actually dug in just a little too deeply. Ideally, you want no white pith on the zest. © Denzil Green / 2006

A citrus zester is also an essential part of a bartender’s toolkit.

The device will have both a handle, and an actual zester part, which will be made of stainless steel with fine, sharp-edged holes in it. A zester allows you to create fine, thin, julienned strips of zest without bitter white pith on them. To accomplish the same without a zester can be very fiddly, and you usually end up getting white pith along with your zest.

Though citrus zesters are cheap, many people resist buying them because they are wary of kitchen gadget overload. Without a citrus zester, though, making a zest to garnish a drink or a dish is such a pain that, to be honest, you often just leave it out. 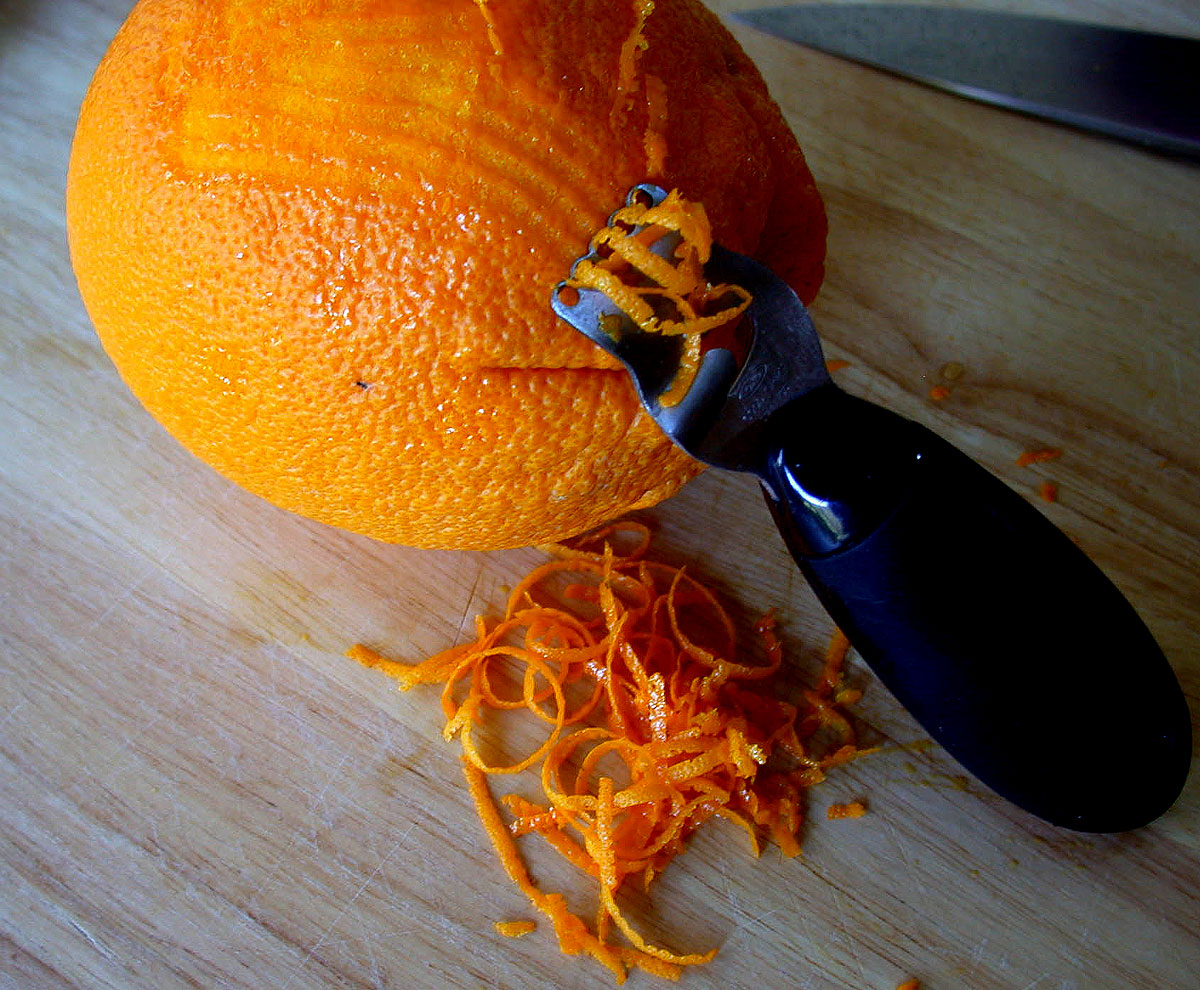 Scrub the citrus fruit well first, even if it is “organic.”

To use a zester, drag the zester over the lemon or orange towards you. Don’t press down too hard or you will get white pith.

When minced zest is needed, use a zester to make strips, then mince with a chef’s knife, or, just make far shorter strips.

A channel knife (though these are often double-headed and have a zester at the other end, anyway.)

A grater of another kind can be used as an alternative, but it’s not a problem-free one. At least half your zest stays stuck to that grater. You end up fiddling with the grater afterward, using a toothpick or knife tip trying to scrap the zest out from between the teeth of the grater. Some people suggest that to avoid this, you can put a piece of waxed or greaseproof paper over the grater, then grate, but often this just yields you grated waxed paper mixed in with your zest. Others suggest using instead a clean plastic grocery bag, a sandwich bag, or a good quality heavy plastic wrap. Still others suggest that whatever you use as a covering, the secret is to pat it down first amongst the teeth on the grater. None of these tricks, however, will make a grater as fast to use, and as fast to clean up, as a zester.

You can use a vegetable peeler instead, but it makes thick strips that you then have to julienne with a knife. If, however, the zest is going into a recipe that has ingredients going into a food processor or blender, you can just leave the zest pieces large, then allow the food processor or blender to cut the pieces up smaller for you along with the other ingredients. Something such as sugar is ideal to process zest with to help prevent it turning into a paste.

This web site generates income from affiliated links and ads at no cost to you to fund continued research · Information on this site is Copyright © 2023· Feel free to cite correctly, but copying whole pages for your website is content theft and will be DCMA'd.
Tagged With: Graters