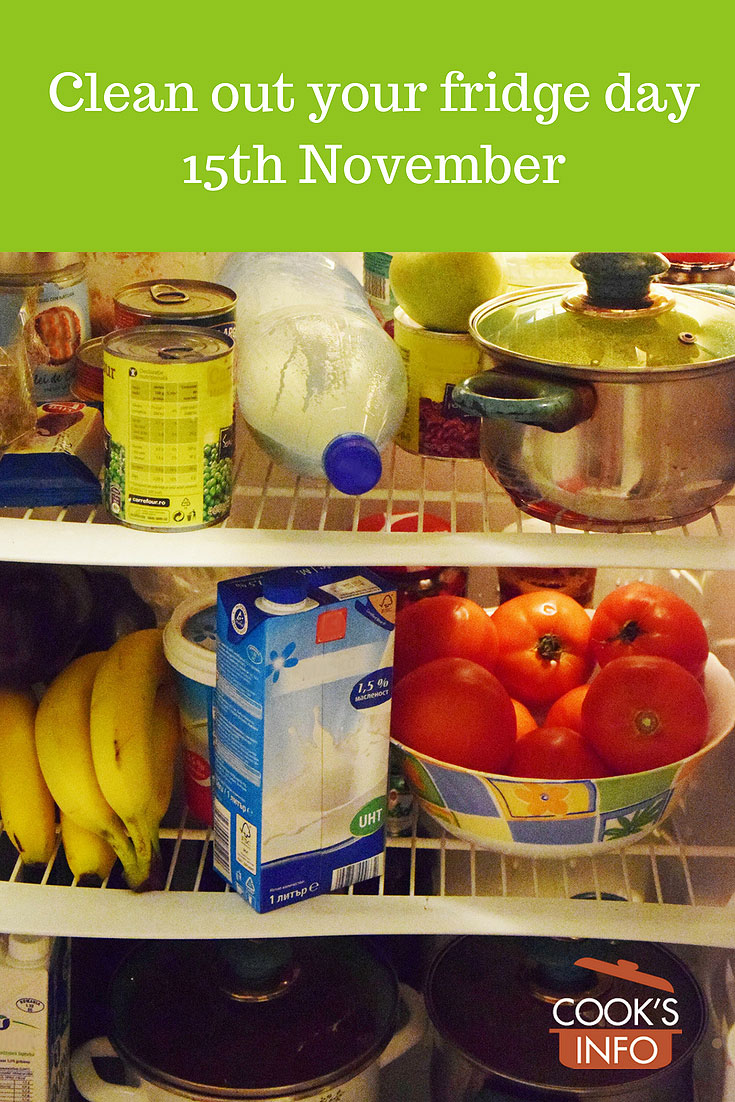 The 15th of November is a day dedicated to fridges filled with USOs — unidentified shrivelled objects.

It’s not such a bad time of year to tackle it, actually. You’ll need the space for the holidays coming up, and when you’re desperately rooting in the fridge for stuff to feed to unexpected guests, you’ll want to be sure that you don’t haul out something that will kill anyone (unintentionally, at least.) It’s also a good time to check the temperature in your fridge, before you begin storing all kinds of expensive holiday food in it.

Produce drawers can be the worst, where vegetables have decomposed over the past year into brownish gels. Some people have vegetable crispers that are so bad they should almost call in a hazardous waste disposal team; they joke that the search for new life forms should start in their crisper drawers.

It would appear that the idea for a “Clean Out Your Fridge Day” might have started with Whirlpool Corporation, starting in 1995, aiming for it to be the third Wednesday in November.

It appears to be around 2000 that a more general awareness of it came about, when E-Card companies that year listed it as a holiday for the 15th of November, and people made postings about it being the 15th of November (which turned up in searches that people did in later years.)

In 2001, the E-Card companies posted it again as 15 November, not having realized that the scheme intended by Whirlpool was a moving date attached to the third Wednesday of the month, which would have made it the 14th of November in 2001. People with personal, home-spun websites compiling dates of special days included the 15th of November as “Clean Out Your Fridge Day”, and other people copied their lists and reposted them.

At the same time, Whirlpool seems to have lost interest in it, or had its publicity drowned out amongst the voices of other sources saying the 15th. CooksInfo.com was unable to find any publicity from Whirlpool on the matter from 2001 to 2003 inclusive.

In 2004, Whirlpool in partnership with Glad products declared 4 to 10th April to be National Clean Out Your Refrigerator Week. But it seems to have been too late to change the 15th November date that got stuck in people’s minds. Even Emiril, the American chef, wrote in his daily notes for 15 November 2005: “I just learned that today is ‘National Clean Out Your Refrigerator Day.’ [1]Retrieved August 2006 from http://www.emerils.com/cooking/archives/002399.html. In fact, though, in Whirlpool’s original scheme, it would have been the next day, Wednesday, 16th November.

The 15th of November seems to make the most sense. People always have an easier time remembering fixed dates such as Christmas, than they do moving dates attached to a scheme they don’t understand, such as Easter is. And it does come right before the start of the holiday rush. In any event, through constant repetition of a misunderstanding, the 15th of November has indeed become Clean Out Your Refrigerator Day. 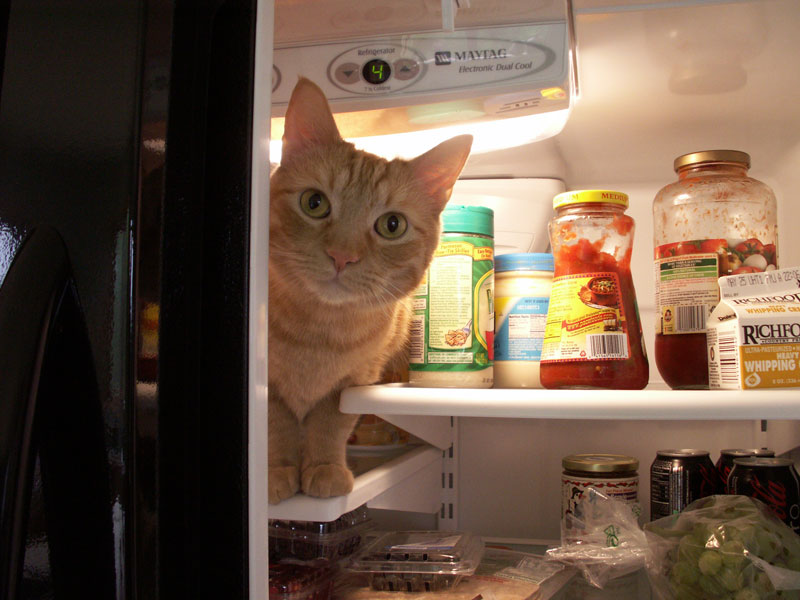