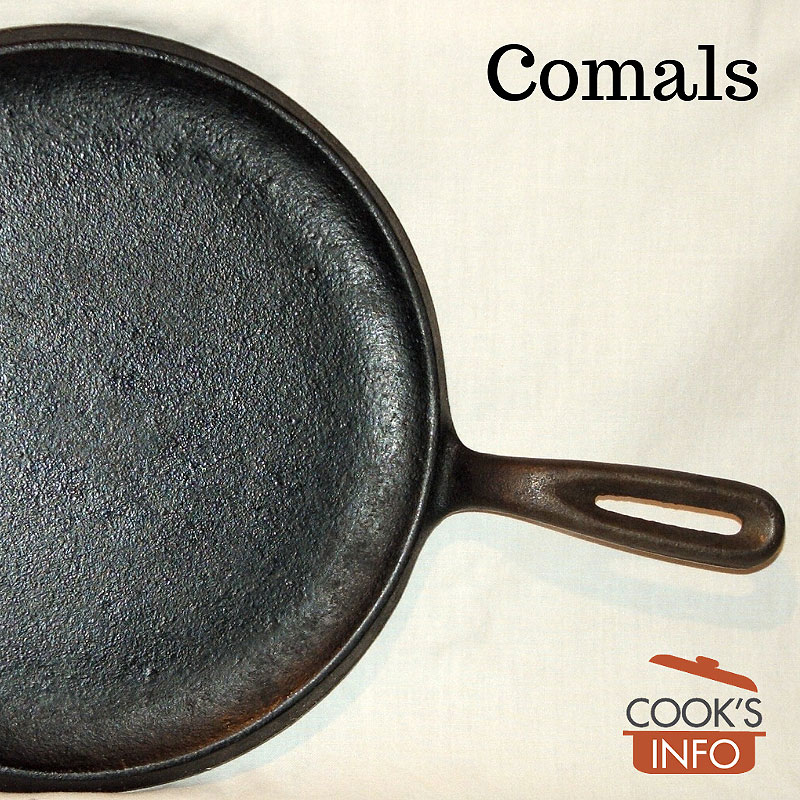 A comal is a round, thin griddle pan for making tortillas (the Mexican flatbreads, not the Spanish omelette ones.)

They have low-rimmed edges that allow you to slide flat breads out of the pan with just the tip of your finger.

The pans can be used to make or heat tortillas, blister chiles, or heat quesadillas. In parts of Mexico such as Oaxaca, they are also used for toasting cocoa beans on.

Comals are used in Mexico, Central America, and parts of South America.

There are many different types now, but broadly speaking, there are traditional (clay) and modern (metal.)

A traditional comal is made of unglazed clay and straw that is formed then baked.

Modern versions are mostly made from metal instead of clay. They are lighter, less fragile, heat up faster, and give a more even heat.

You can still buy clay comals. New clay ones are seasoned with limewater first (the chemical.) They are up to 35 cm (14 inches) wide, and tend to slope down a bit towards the middle. Never let water come into contact with hot clay ones: let them cool completely first before washing. 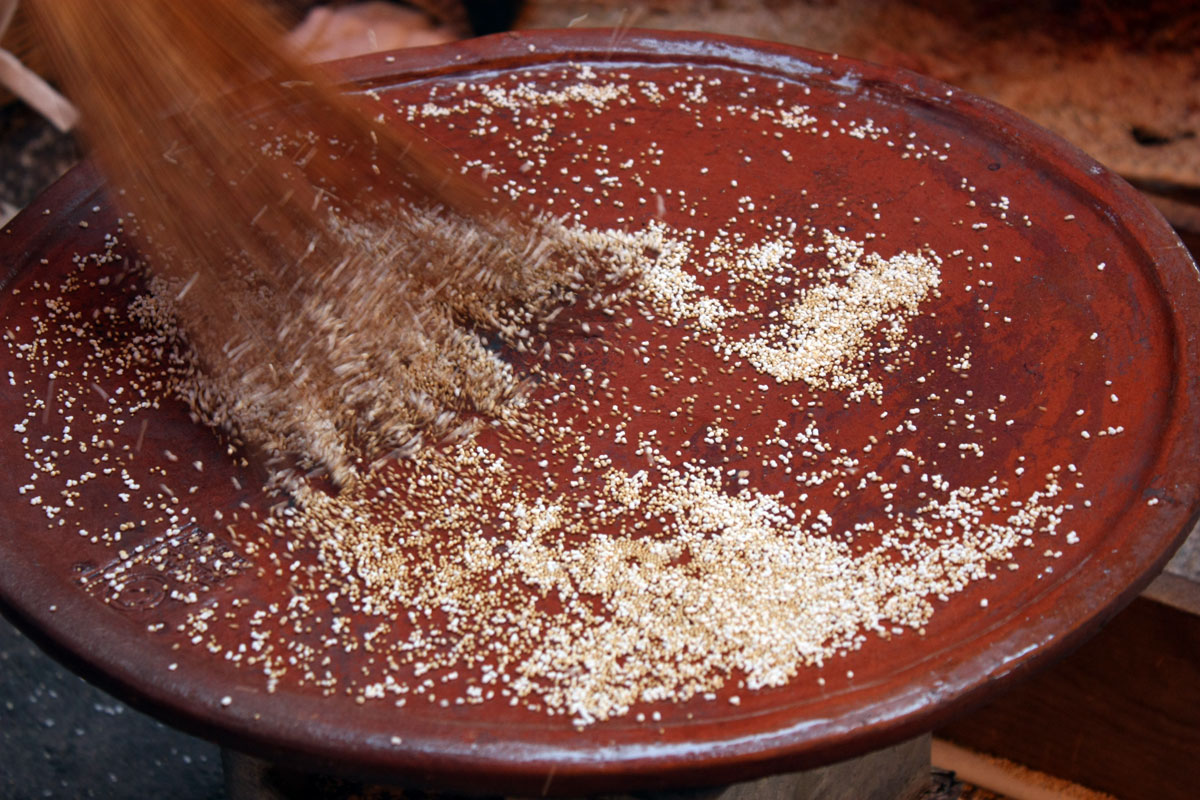 A large comal was traditionally meant to be used over a wood fire and is known as a “comal de leña”. To use it, the comal is put on risers, usually three stones called “tenamascles.” You build your cooking fire, usually from charcoal or wood, under the griddle in the centre of the stones.

Some large metal ones are now heated by gas; these are “comal de gas.” 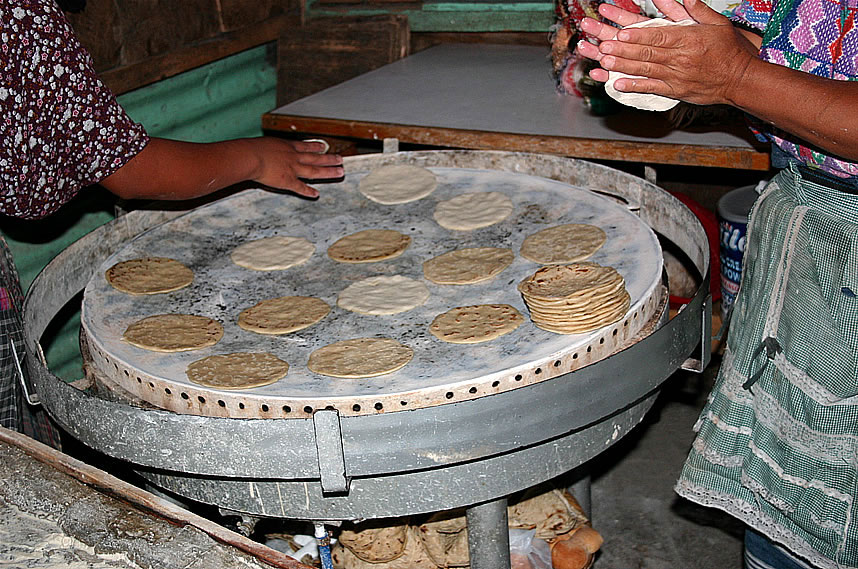 There are also small comals for stove top use.

Cast iron stove top comals look like cast iron frying pans with no sides on them except for a slight lip all around. They tend to have a 23 cm (9 inch) cooking surface, with a long cast iron handle on them. Some instead have two small handles, one on each side. The cast iron surface is deliberately rough, to help prevent sticking. They need a while to heat up first before you start using them.

Some metal ones are now made out of aluminum. They heat up faster and can cook things faster, but can warp. Some metal models now are reversible, with one side flat, another ridged. 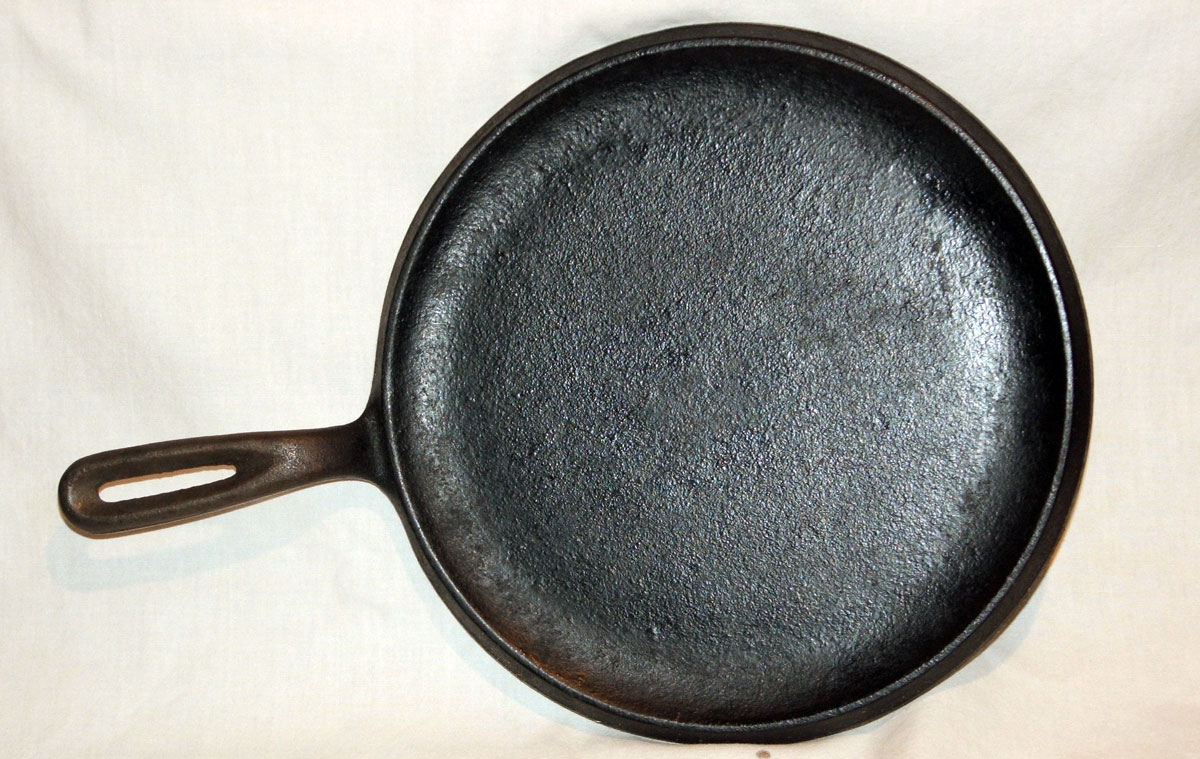 The three stones reputedly represented the three dogs of the fire god Huehueteotl — their names were Mizcoatl, Tozpan and Iiutl. Some people still toss a small piece of tortilla into the flame to feed the dogs. 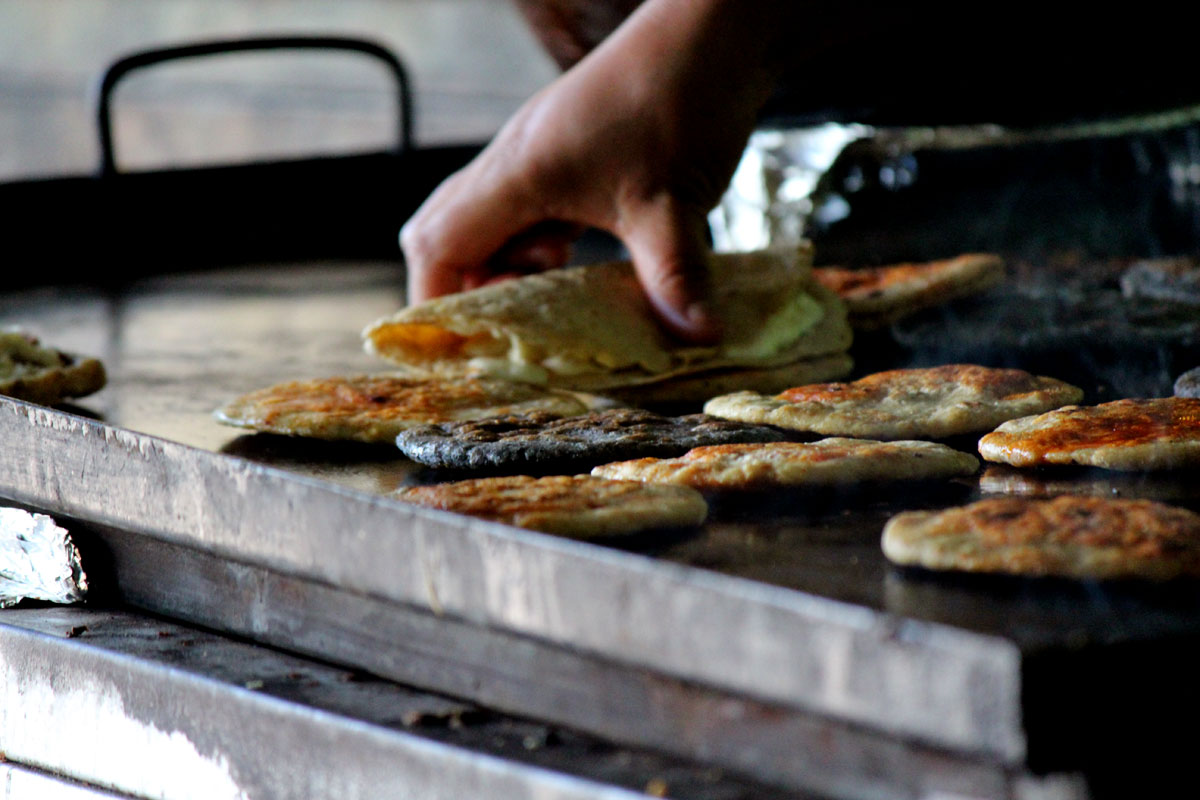 Tacos and other food being heated on a restaurant comal. Jose Calleja / Pexels / CC0 1.0