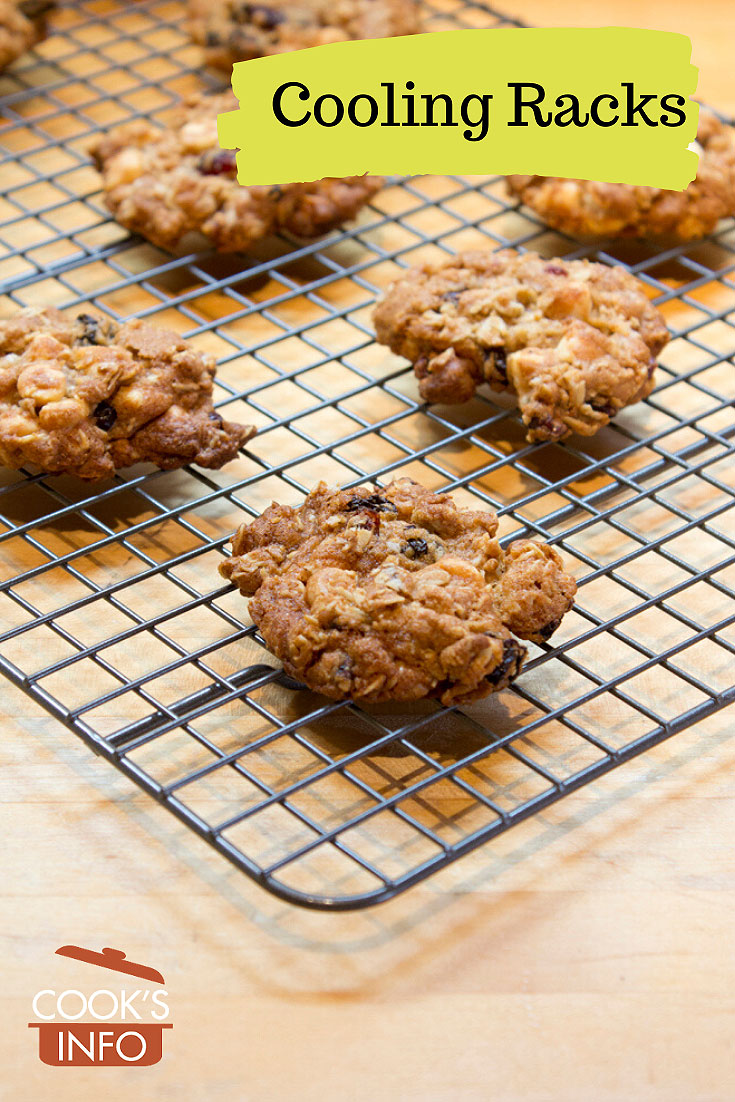 A cooling rack is a device that you put hot baked goods on straight out of the oven. It allows air to circulate under them, which helps prevent condensation which could make the bottom soggy. It also helps to crisp up baked cooks that are meant to be crisp.

You use a cooling rack as a rest for either food that has been removed from a baking pan or sheet, or for an entire hot baking vessel: it can depend on the food item, and the stage you are at with it.

Some cakes you put on the cooling rack right in their pan for a short while first, and then remove the cake from the baking pan and put the cake back on the rack by itself.

There are many different designs of cooling racks; some are non-stick. A great many cooking racks are still made out of steel covered with chrome. These tend not to be dishwasher safe and will rust away if you put them through. Many other ones, though, are dishwasher safe.

A flat one will be a square, rectangular or circular grid of wires, with feet on edges of the grid to raise it a short distance off the work surface. The wires making up the grid are relatively thick, sturdy and non-flexible to provide good support for delicate items such as cakes. The wires are close enough so that the grid they form doesn’t allow small items such as cookies to slip through.

It is best to have at least two of these, especially if you ever make cookies. With only one, you’ll find yourself wondering what to do with the first batch that is still cooling on the rack when the second batch is ready to come out of the oven and wanting space on a cooling rack. 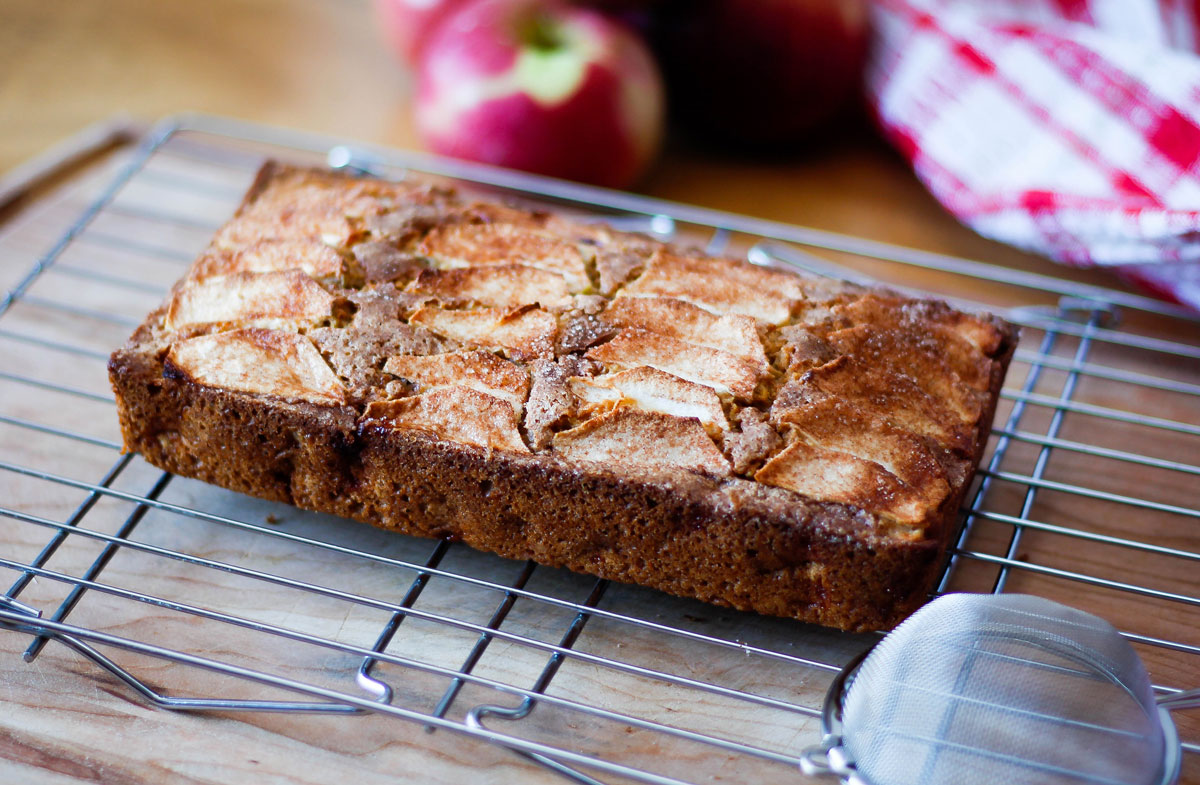 Tiered cooling racks usually have a minimum of two tiers, with at least 10 cm (4 inches) clearance space between each rack.

They allow you to cool more things on less work surface space.

Some are “stackable”: you buy them one or two at a time, and you can use just one at a time, or stack them on top of one another as needed.

The tiered ones that are all one piece can be harder to store, though some fold up.

In contrast to regular cooling racks, a baker’s rack is much larger and doesn’t have a cross-grid. The shelves are just metal side bars, with no wire grid between them. And, the rack is meant to hold whole baking pans loaded with multiple baked items, rather than have baked items set out on it individually.

The shelves are made of strong material to hold all the weight. The racks are often wheeled. 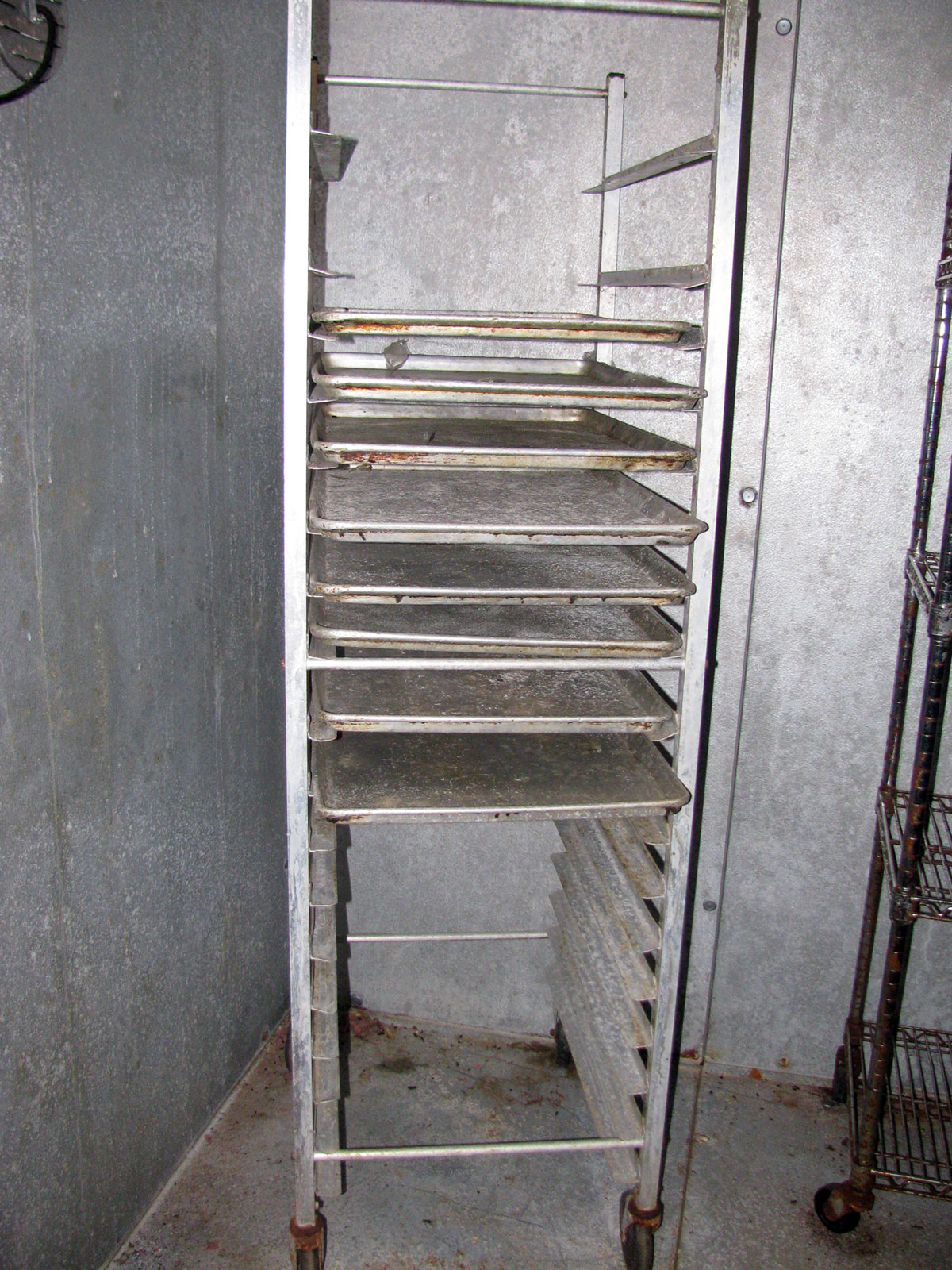 Most bread cooling racks are made of wood.

They are raised a bit higher than normal cooling racks, to allow bread to cool more quickly and prevent soggy bottoms.

But, these racks wouldn’t provide enough support for cakes, and there is too much space between the dowels to even think of putting cookies on them.

Bakeries often use very large versions of these to both cool their breads on, and display them for sale. 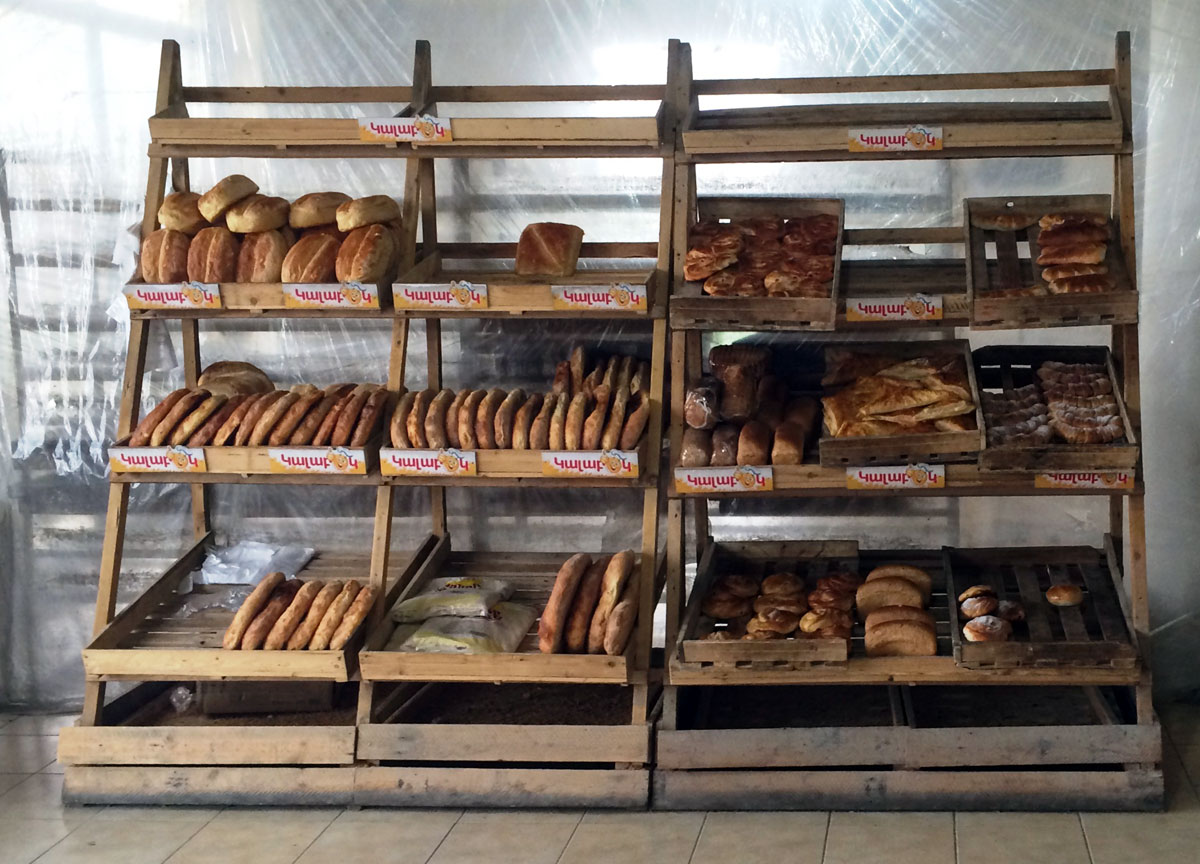 Some people cheat with items such as bread, and just use put the hot loaf of bread on one of the (unheated) electric heating coils on top their stove.

If you just need one of the racks in the oven for what you are baking, you can take the unneeded rack out of the oven and use that as a cooling rack. 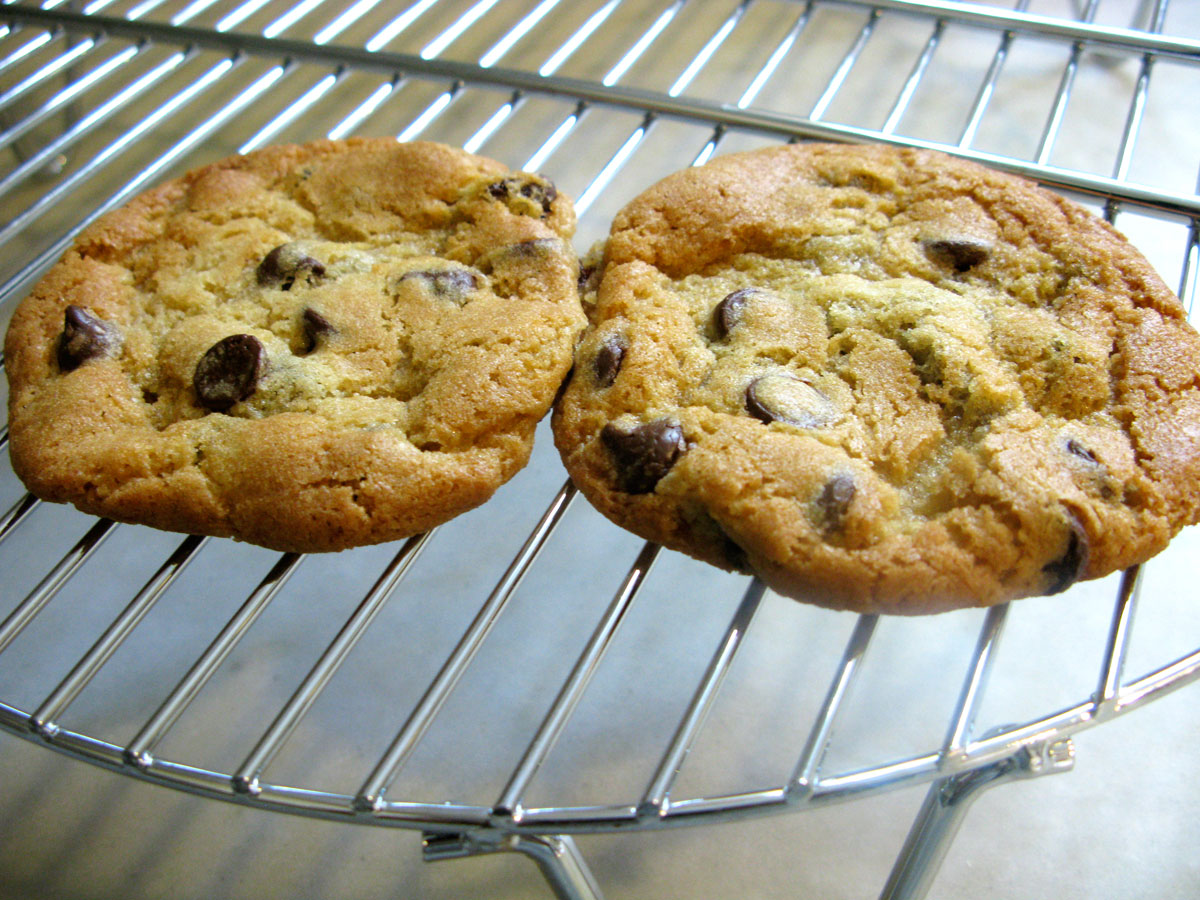