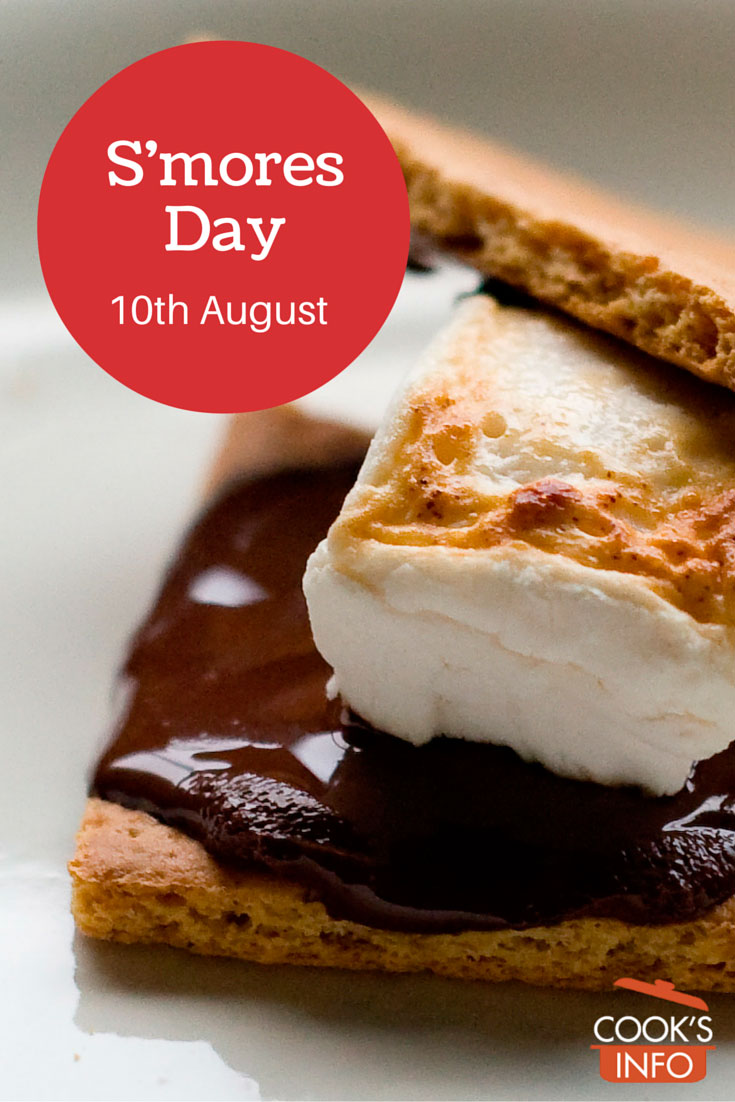 When’s the last time you had a s’more?

The 10th of August is the day to celebrate the gooey summer treat, consisting of melted marshmallow and chocolate on graham wafer.

If you’re camping, you can make the real McCoy, complete with smoky tones, over the campfire.

Otherwise, you can make them as dessert on the backyard grill, or even in the microwave.

Learn about the history of s’mores right here on CooksInfo.

The absolute earliest print mention that CooksInfo is aware of for a S’Mores Day in August dates from 1983 in Florida, though the exact date is not given:

The earliest print mention that CooksInfo is aware of for a S’mores Day on the 10th of August dates from 2004 in Chicago:

“We swear we’re not making this up: Tuesday is National S’mores Day. (What’s next — National Ambrosia Day?) Before you begin to constructing an elaborate chocolate-marshmallow-graham cracker costume to wear to work, here’s a better way to celebrate. Buy an entree or sandwich at Silver Cloud and get two s’mores for 10 cents. Up the ante with a warm s’mores martini, served with roasted marshmallows and a graham-cracker-dusted rim ($7).” — Baginski, Laura. Our Daily Picks. Chicago, Illinois: Chicago Tribune. Tuesday, 10 August 2004. Page 26, col. 1.