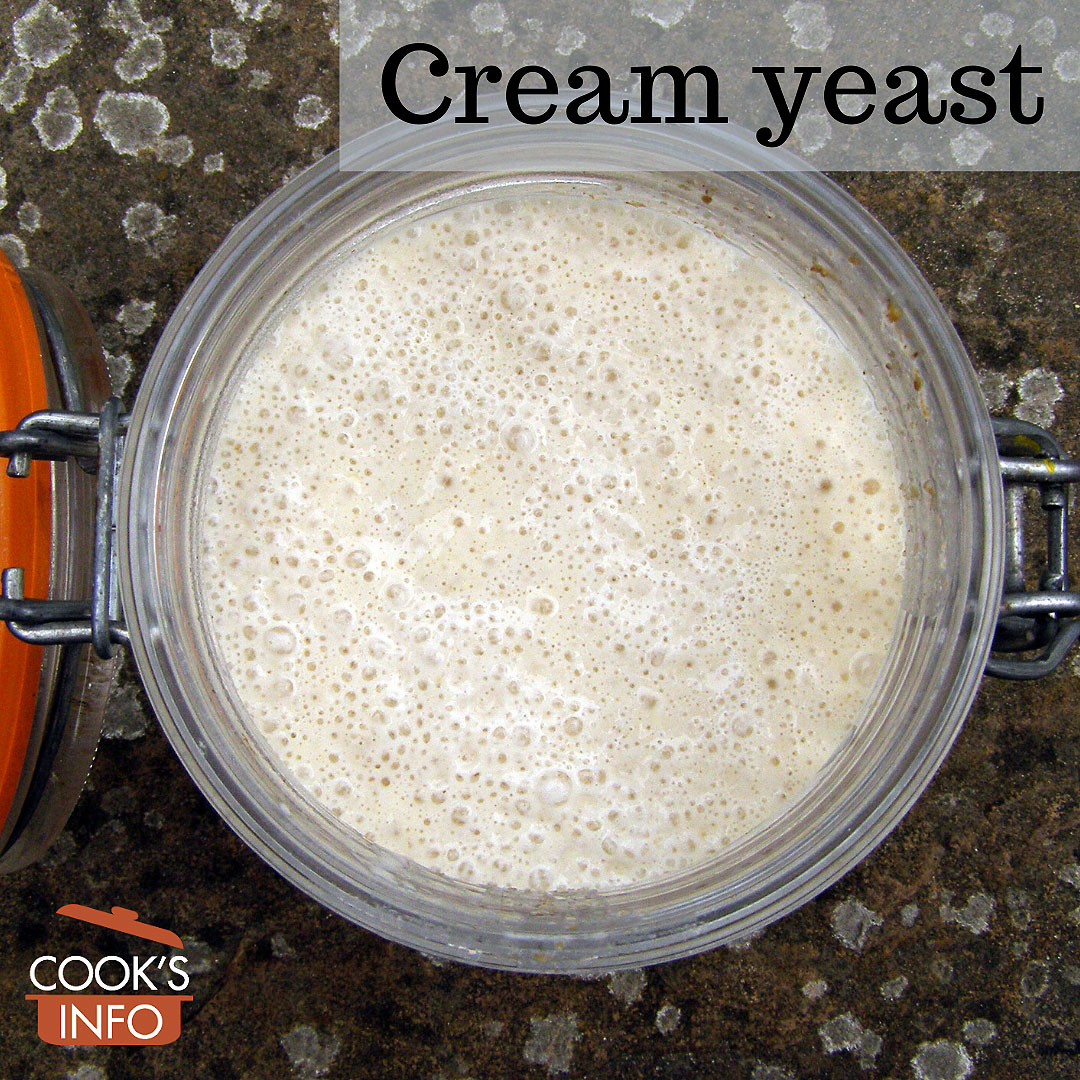 Cream yeast is both an intermediate stage in the commercial production of yeast, and, a product in its own right sold at that stage.

Production of commercial yeast begins with yeast cells being grown by producers in large vats of nutrient-rich liquid.

Centrifugal force is then used to separate the yeast from the liquid, and the yeast is washed.

What’s left is an off-white coloured froth of yeast, which settles into a liquid.

Some of this is sold straight up as a liquid called “cream yeast” or “yeast cream” (aka “liquid yeast”.) Only large bakeries buy it this way. It gets delivered to them in tank trucks and is pumped into holding tanks at the bakery.

The bakeries have a measuring system which dispenses the right amount of this liquid yeast from the holding tanks into the vats where they are making their dough.