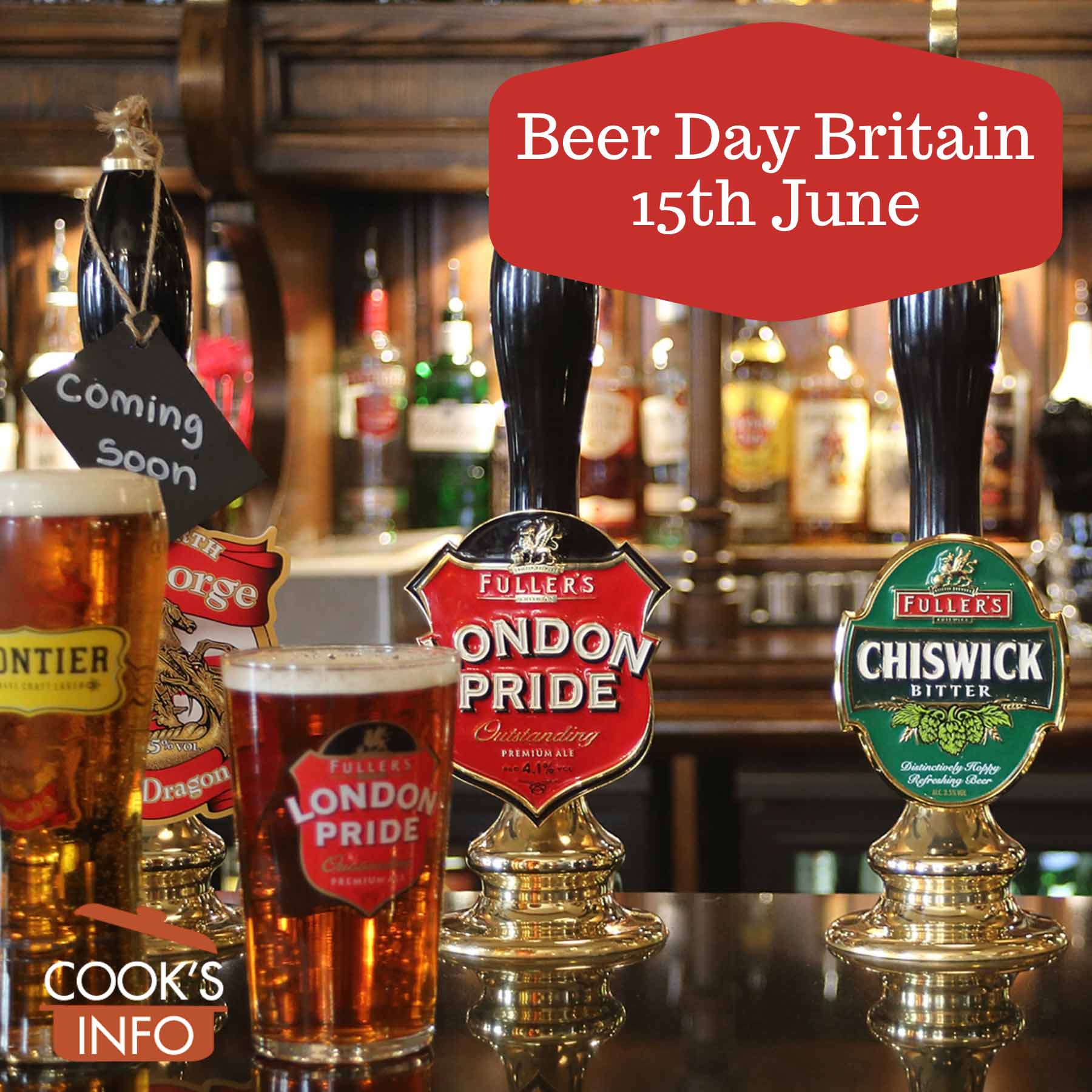 The 15th of June is Beer Day Britain.

And if you’re overseas, you can still join in, too. If you have a local English-style pub, meet up there with some friends and order some British brewskies. Or, failing that, buy a few cans from the store, have some friends round, and order in some fish and chips.

“Be part of the group that sings the most enthusiastic rendition of the beer anthem ‘Cheers To Beer’ during the National Cheers To Beer at 7pm on June 15th.” [1]Cheers to Beer: The Singing Competition. Beer Day Britain. Accessed May 2021 at https://www.beerdaybritain.co.uk/singing/

Here is the song:

If you want to enter a contest, record yourselves singing the song, and upload it to Youtube:

“On Beer Day Britain June 15th please post a video link of your group singing the anthem on Twitter and copy @BeerDayBritain using the hashtag #CheersToBeer. The winning team will be announced in the days after Beer Day Britain.” [2]Cheers to Beer: The Singing Competition. Beer Day Britain. Accessed May 2021 at https://www.beerdaybritain.co.uk/singing/

Beer Day Britain started in 2015. It was the idea of Jane Peyton, an English beer sommelier and author. [3]”The commemorative day was first observed in 2015… The national day was put together by British beer sommelier Jane Peyton, who hosts tours of historic London pubs.” — Dunkerley, Jennifer. Cheers! Raise glass to beers on National Beer Day. London, England: Daily Star. 15 June 2018. Accessed May 2021 at https://www.dailystar.co.uk/news/latest-news/national-beer-day-britain-beer-16863155

And that is the reasoning behind the date.

This web site generates income from affiliated links and ads at no cost to you to fund continued research · Information on this site is Copyright © 2021· Feel free to cite correctly, but copying whole pages for your website is content theft and will be DCMA'd.
Tagged With: Beer