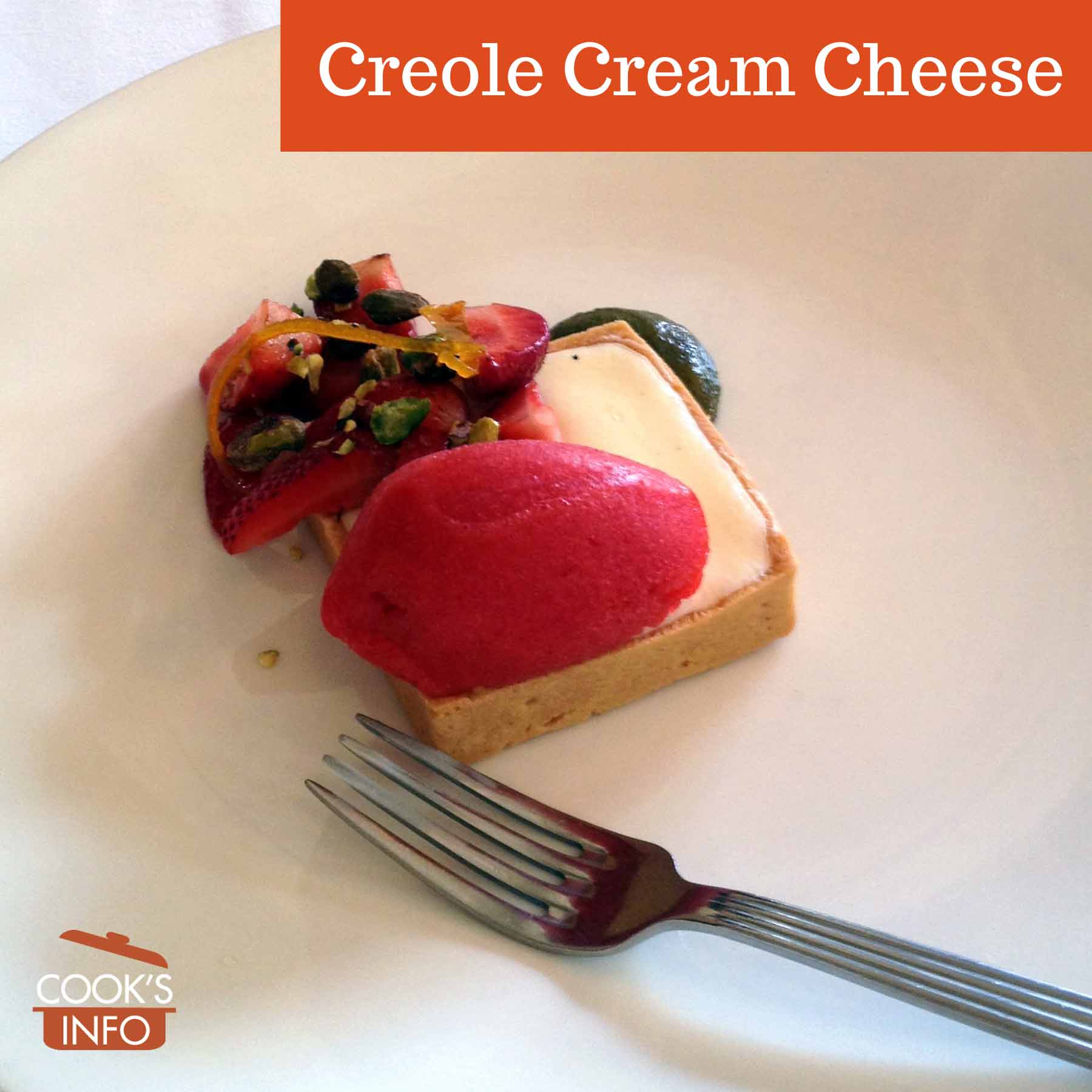 It is generally only available in South Louisiana. It used to be made only by small family dairies there, and it almost died out with them. It would vary a bit between the family dairies; some versions would be smooth like regular cream cheese, other varieties would have curds and some whey showing in them. Many people lament the passing of versions they used to buy at the various dairies.

Creole cream cheese is used as a topping for fruit or spread on toast. It is often served with breakfast in New Orleans.

There are many recipes on the web for making your own at home.

Will keep for a few days in refrigerator.

This web site generates income from affiliated links and ads at no cost to you to fund continued research · Information on this site is Copyright © 2022· Feel free to cite correctly, but copying whole pages for your website is content theft and will be DCMA'd.
Tagged With: American Cheeses, American Food, Creole Food