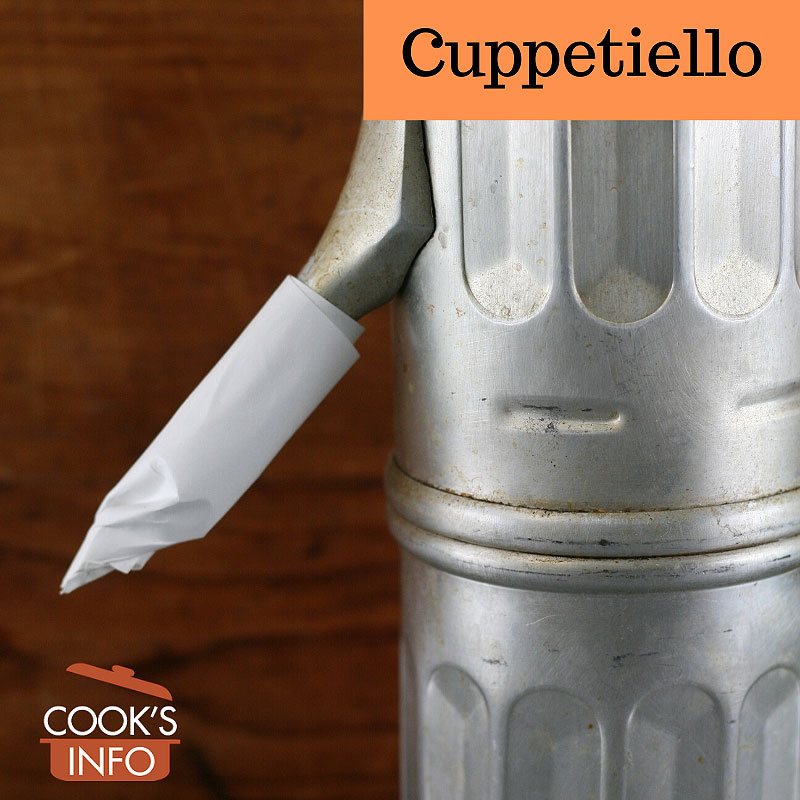 In Naples, a cuppetiello (or “cuppitiello”, “cupptielo”, “coppetello”) is a small cone made from newspaper or tin foil put on the spout of a coffee pot called a “Neapolitan Flip Coffee Maker” to keep the aroma in while the coffee is brewing.

Outside of Naples, in the rest of Italy, it can mean: