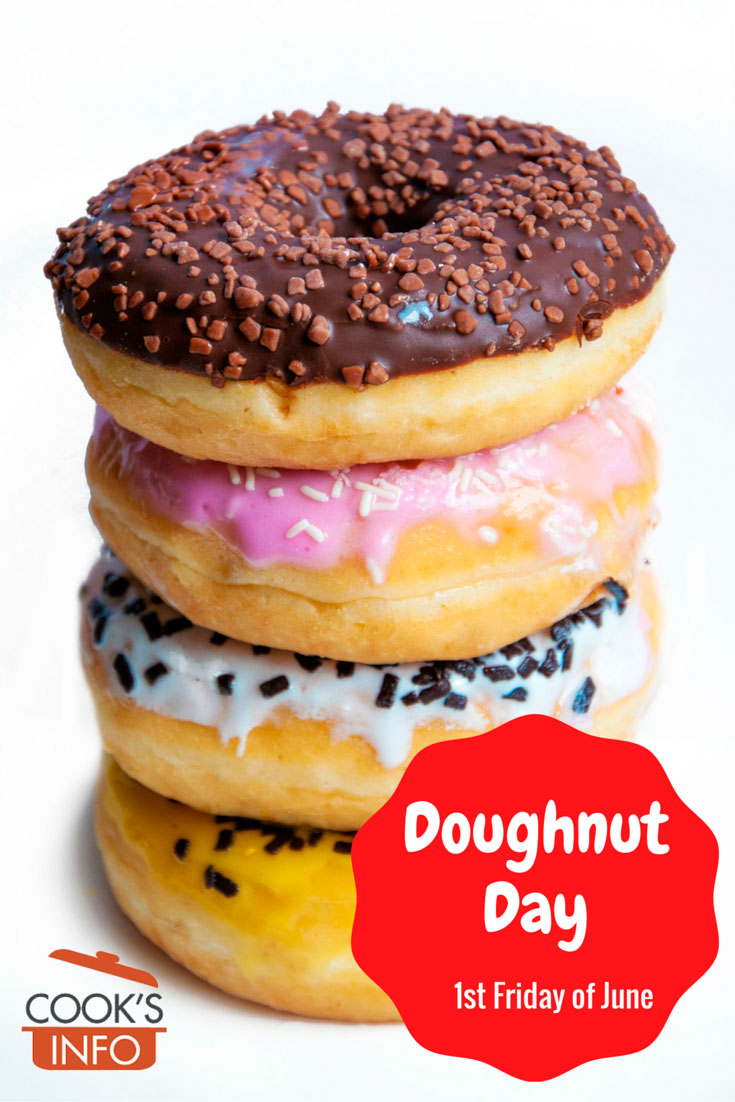 Doughnut Day is the first Friday in June each year.

Many people avoid doughnuts on a regular basis, because they’re “fattening.” But still, everyone has a favourite, one that she or he wouldn’t say no to. If you’re going to treat yourself to that doughnut this year, today is the day to do it. Or, it might be a good day to start scoping out property next to your local police station, to see if there’s room for a doughnut shop there. Can you imagine the bonanza?

The Salvation Army says Doughnut Day is the first Friday in June (anywhere between June 1 and June 7), though in fact they hold Doughnut Day on both the Friday and the next day, Saturday.

The Krispy Kreme Doughnut chain also supports the first Friday in June date and even hands out a free doughnut to each customer on this day. [1]Boachie, Nadia. Krispy Kreme extends National Doughnut Day to a week. Toronto, Canada. Accessed June 2020 at https://www.tastetoronto.com/news/krispy-kreme-extends-national-doughnut-day-to-a-week You get your choice of doughnut, and you can thank them a little bit for their kindness by buying a coffee or tea to go with it.

A few Internet sources say Doughnut Day is 30 October, but provide no particular backing for that assertion. 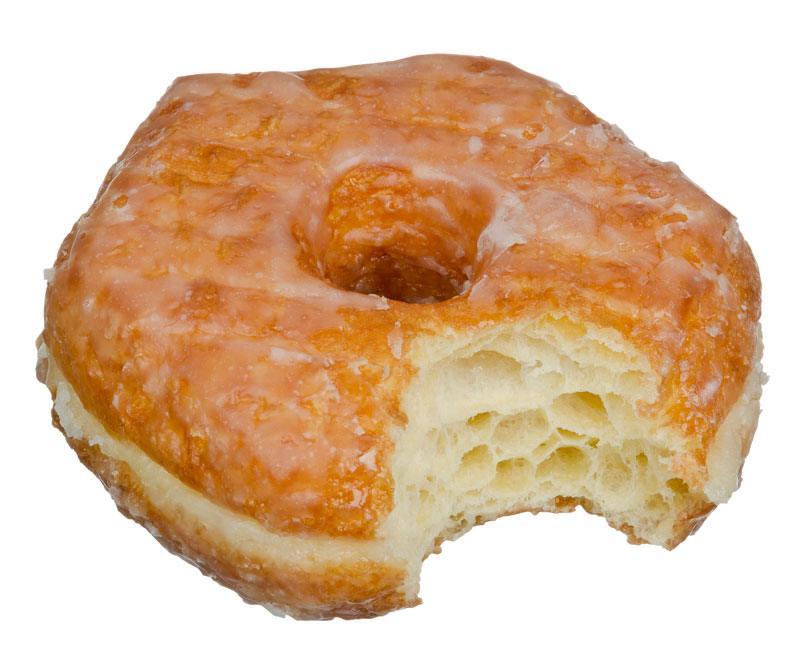 The Salvation Army held their first doughnut day in Chicago in 1938. Since then, Chicago mayors have usually officially proclaimed it as well. The Salvation Army’s doughnuts are made from canned evaporated milk and lard, and risen with baking powder.

But the Salvation Army was associated with doughnuts long before this.

Salvation Army women went to Europe with American troops. [2]Rosenwald, Michael S. The brutal war and sweet patriotism that led to National Donut Day. Washington, D.C.: The Washington Post. 2 June 2017. Accessed May 2021 at https://www.washingtonpost.com/news/retropolis/wp/2017/06/02/the-brutal-war-and-sweet-patriotism-that-led-to-national-donut-day In August 1917, in Montiers, France, a few of the women started making doughnuts to cheer up the soldiers after 36 solid days of rain.

For a deep-fryer to cook the doughnuts in, they just filled a soldier’s metal helmet with oil and put it on a portable stove. They used a baking powder tin to cut out the shape of the doughnut, and whatever they could find that was smaller to cut the holes out. They’d only got a hundred doughnuts made when the tent collapsed from the weight of the rain water on it, and that ended the session for the day. 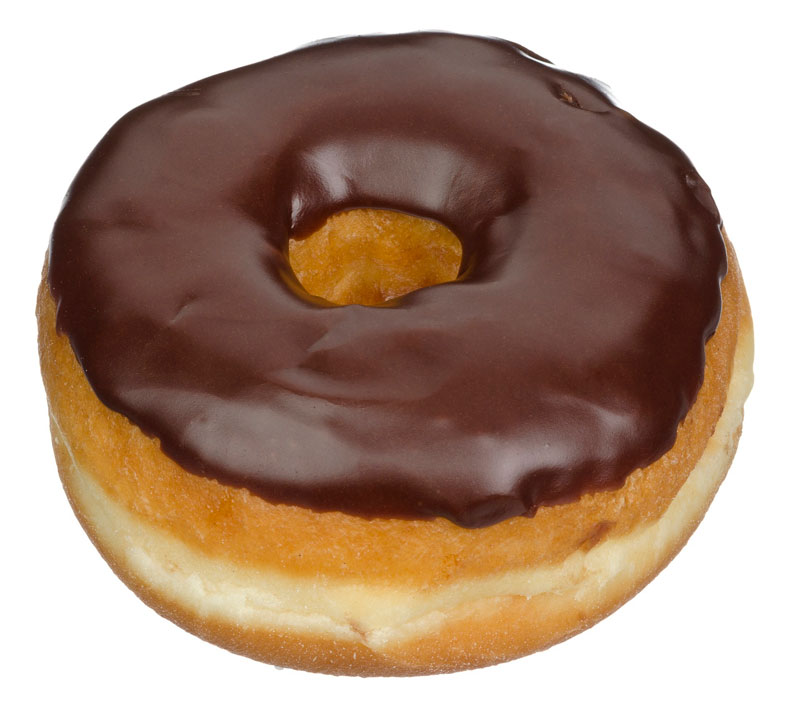 But they set up again by popular demand, and soon they were frying up 9,000 doughnuts a day around the clock. The popularity of the idea spread, and it became the thing that some of the Sally Ann women did for all the units they were stationed with.

The soldiers came back to the United States with a taste for doughnuts on their coffee breaks, and helped to create a domestic market for them.

Since then, the Salvation Army has closely been associated with hot coffee and doughnuts, magically appearing out of nowhere to serve them up free in times of community need to firemen, policemen, doctors, nurses, and disaster victims.

The Dunkin Donuts chain got behind the food holiday starting in 2009 with a competition to get the public to create doughnuts that the chain should consider selling:

“WAYNE – A local woman’s imagination and love of donuts could result in national recognition and a sweet reward. Dunkin’ Donuts, America’s all-day, everyday stop for coffee and baked goods, announced that Nevrie Dauti of Wayne is one of 12 finalists in Dunkin’ Donuts’ “Create Dunkin’s Next Donut contest.” Dauti will compete for the chance to win a $12,000 grand prize and have her donut sold in participating Dunkin’ throughout the country. Dauti’s creation, “The Graham Slam,” is a marshmallow-filled donut with chocolate icing topped with graham cracker crunch and white sprinkles. As a finalist, she has won $1,200 and will travel to Dunkin’ Donuts’ headquarters in Canton, Mass. for a bake-off. The winning donut will be selected based on the vote of the bake-off judging panel, as well as America’s online vote. The grand prize winner/creator of “Create Dunkin’s Next Donut” contest will be unveiled on National Donut Day, June 5. Americans can vote for their favorite online at www.dunkin-donuts.com/donut.” — Nevrie Dauti finalist in national create a Dunkin’ Donut competition. Wayne, New Jersey: Wayne Today. Thursday, 28 May 2008. Page A13, col. 1.

Doughnut Day has been a very successful marketing tool for the Dunkin’ Donut chain to take advantage of:

“The backstory is a little more clear here, as John Costello, the president of global marketing and innovation at Dunkin’ Brands, explains… “Dunkin’ has been celebrating the holiday for the past six years [Ed: since 2009] by giving out free donuts to customers who buy a drink at any of the chain’s locations. Costello calls 2014 “the most successful National Donut Day in brand history,” adding that, “Our loyal guests are the very essence of our brand, and these holidays are great opportunities to give back and help keep them running with our delicious coffee and donuts, on us.” — Rubin, Julia. The Dubious, Brand-Led Surge of Fake National Holidays. Racked. 18 March 2015. Accessed December 2021 at https://www.racked.com/2015/3/18/8231685/fake-national-holidays 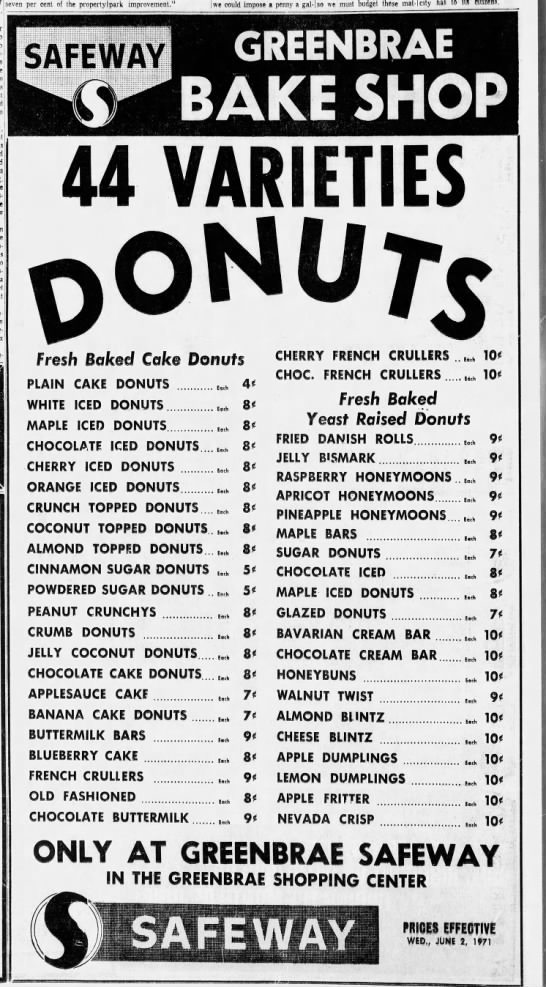 2 June 1971 advertisement for doughnut varieties at a Safeway grocery store. (What is now widely known as Doughnut Day would have been observed that year two days later, on Friday, 4th June 1971.) Appearing in: Reno, Nevada: Reno Gazette-Journal. 2 June 1971. Page 14, col. 4.

This web site generates income from affiliated links and ads at no cost to you to fund continued research · Information on this site is Copyright © 2023· Feel free to cite correctly, but copying whole pages for your website is content theft and will be DCMA'd.
Tagged With: Doughnuts