×
You are here: Home / Kitchenware / Strainers and Sieves / Dumpling Strainer 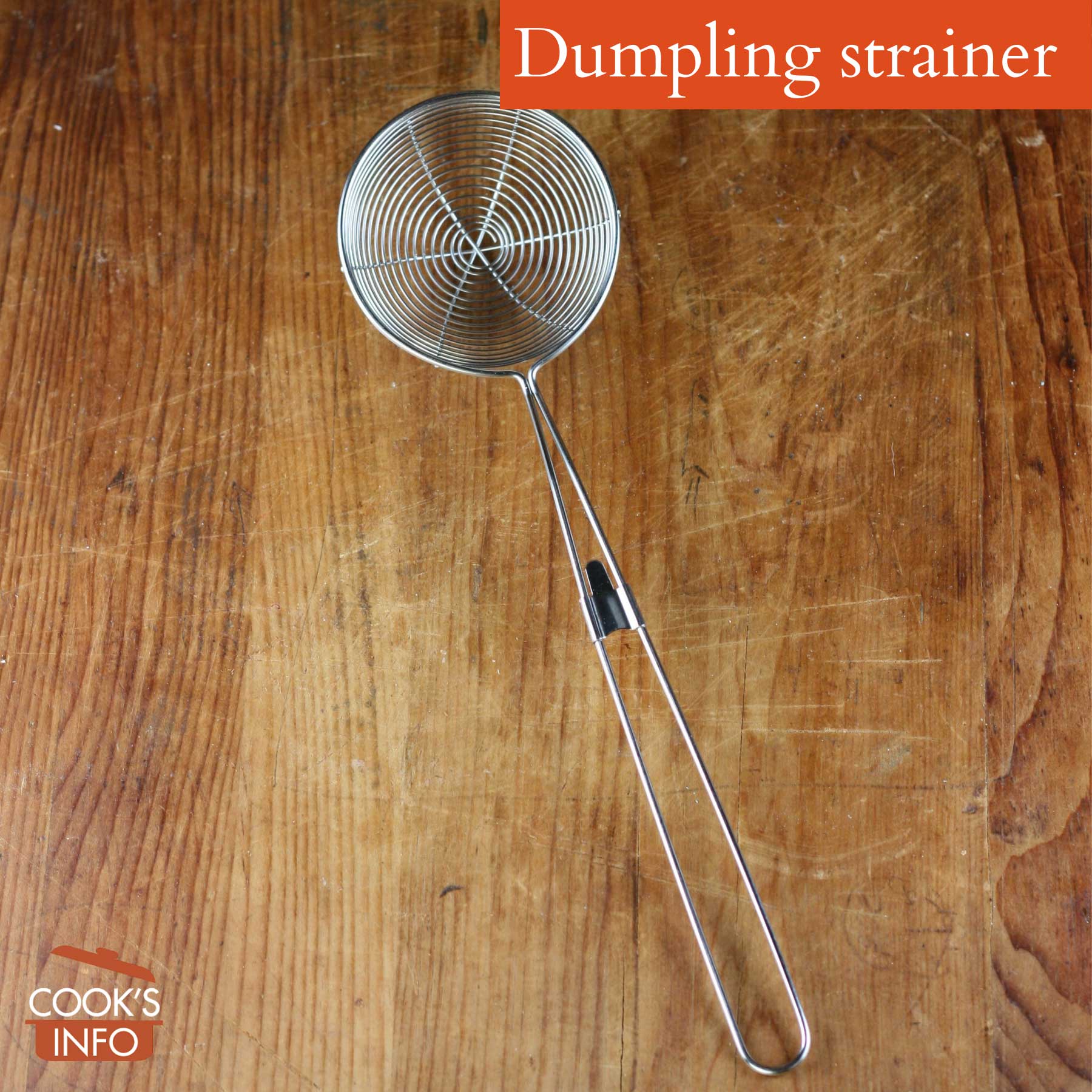 A dumpling strainer is a tool for lifting a dumpling (particularly an Asian dumpling) out of the water it was simmered in.

Dumpling strainers for Asian dumplings are netted in a parabolic pattern, and typically are attached to a wood or metal handle. They come in various sizes. Some home computer enthusiasts recommend these particular dumpling strainers as receivers for wireless connections.

Varied items can be used as make-shift dumpling strainers. If you are making very small dumplings, such as the small Central European ones called variously Nokedli or Galuska, you can use a slotted spoon to fish them out.

You can also use a dumpling strainer (or a slotted spoon) to form such very small dumplings by pressing the dough through the openings of the strainer or spoon.

Tagged With: Strainers and Sieves