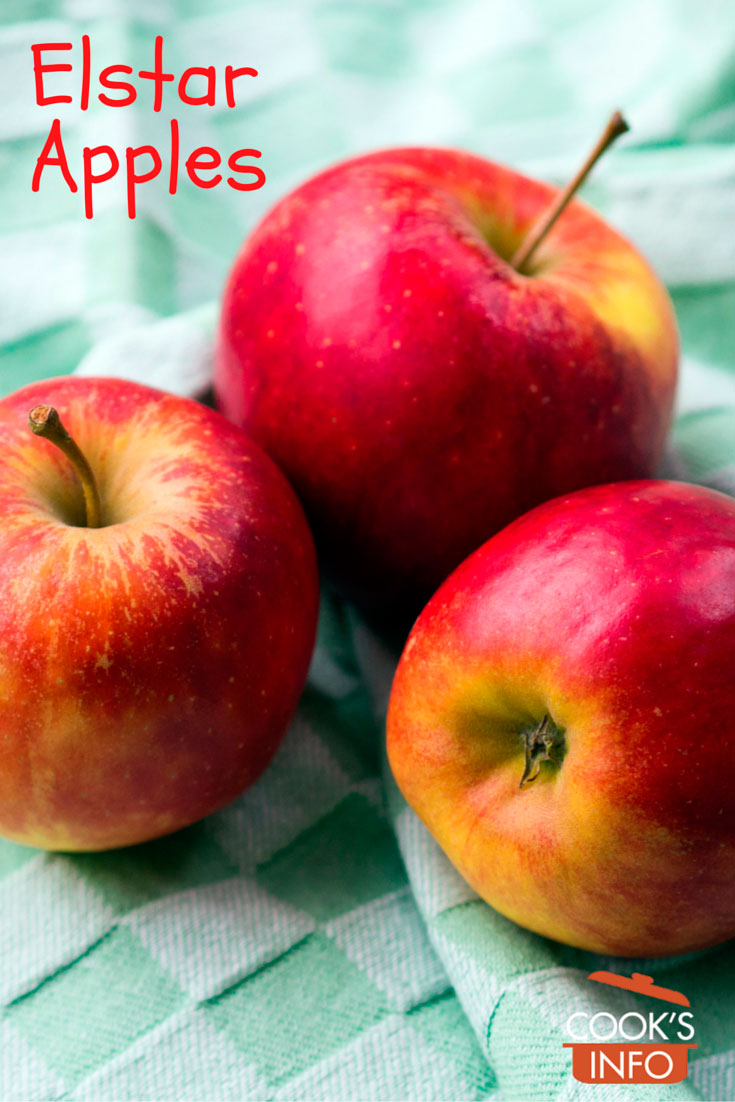 Elstar is an large, fragrant all-purpose apple for eating fresh or for cooking with.

The skin is yellow, covered by orange-red blushes. The flesh is a firm, yellowish white, crunchy but not as crisp as other apples. The taste is sweet with a bit of a sour tang to it.

The tree tends to bear fruit every other year.

Red Elstar is a variant of Elstar. It is almost completely red, with just a patch of yellow. 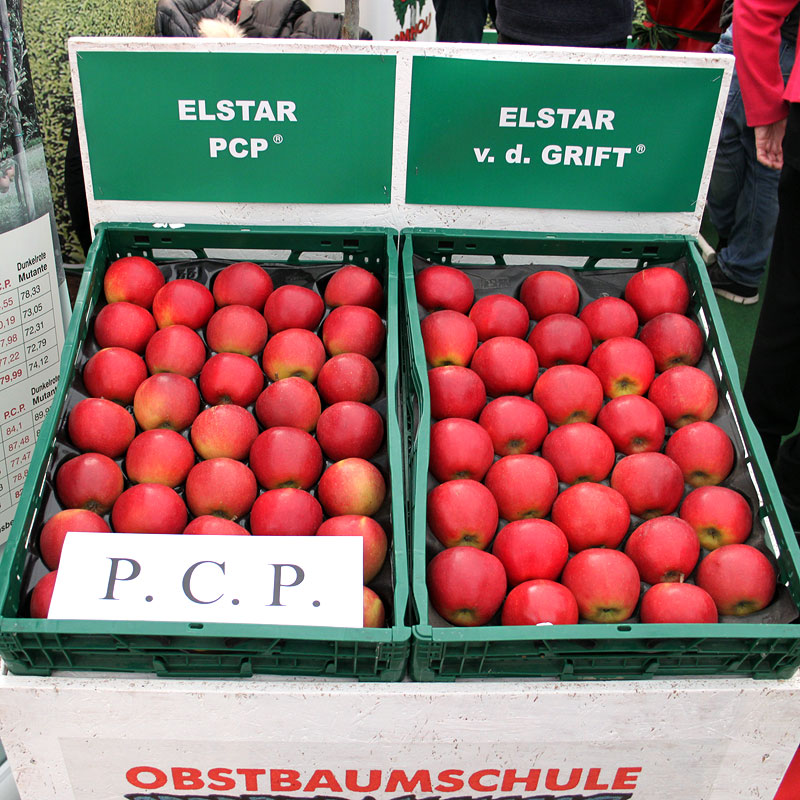 Less tart after 4 to 6 weeks in storage.

Originated in Holland in the 1950s from a cross between Golden Delicious and Ingrid Marie (from Cox’s Orange Pippin). Introduced into North America in 1972.