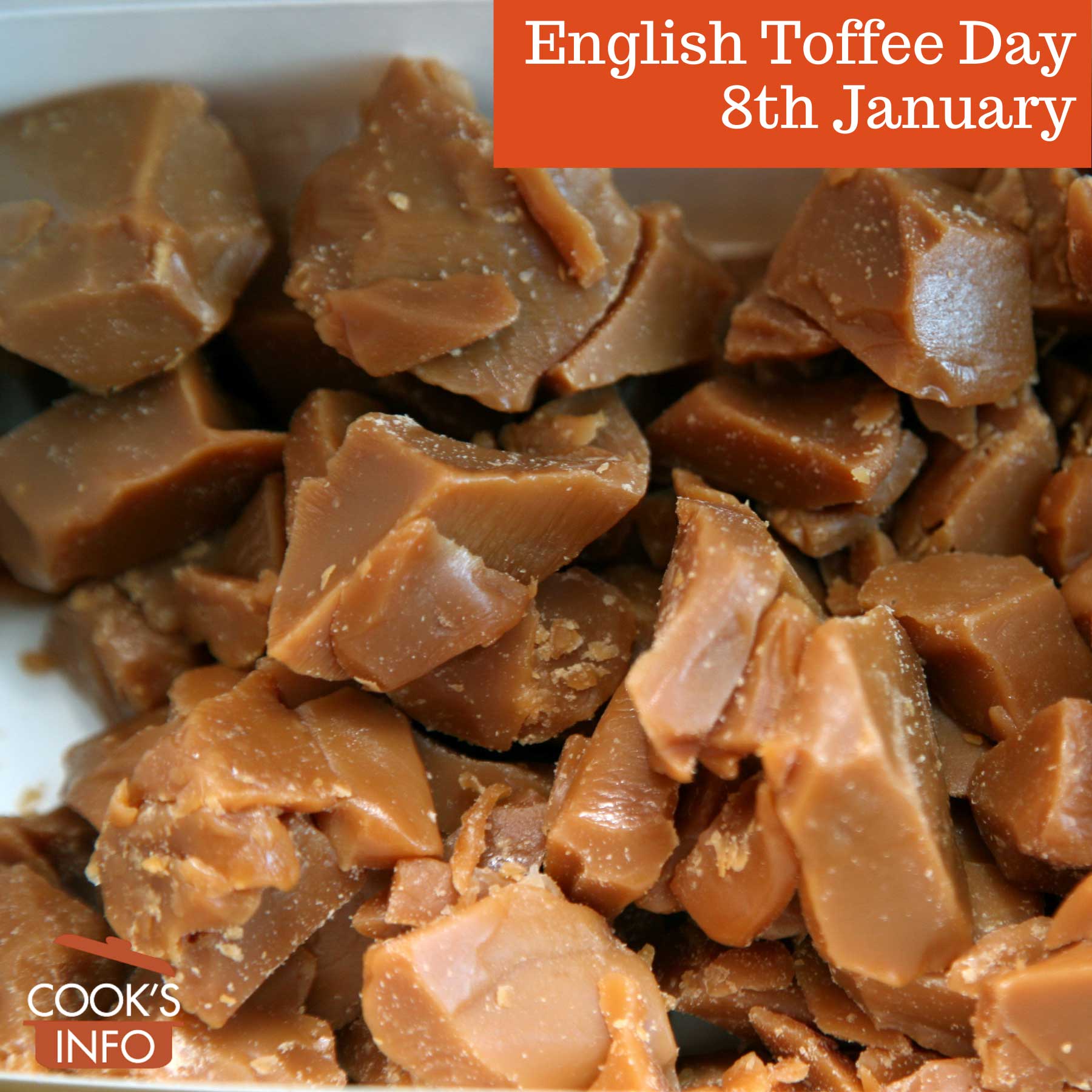 The 8th of January is English Toffee Day.

English toffee is taffy that has been made with brown sugar and butter. It can be hard or chewy.

You could make or buy. If you buy, maybe you could find a local independent candy shop to support.

English toffee comes in lots of varieties now, even with savoury flavours such as rosemary or chile.

Given that the chocolate market now is saturated, specialty English toffee could provide a good opportunity for artisan candy makers to stand out from the crowd.

The day is an American-led holiday, but there’s no reason the English can’t get in front and make it look like a parade.

This web site generates income from affiliated links and ads at no cost to you to fund continued research · Information on this site is Copyright © 2021· Feel free to cite correctly, but copying whole pages for your website is content theft and will be DCMA'd.
Tagged With: Candy