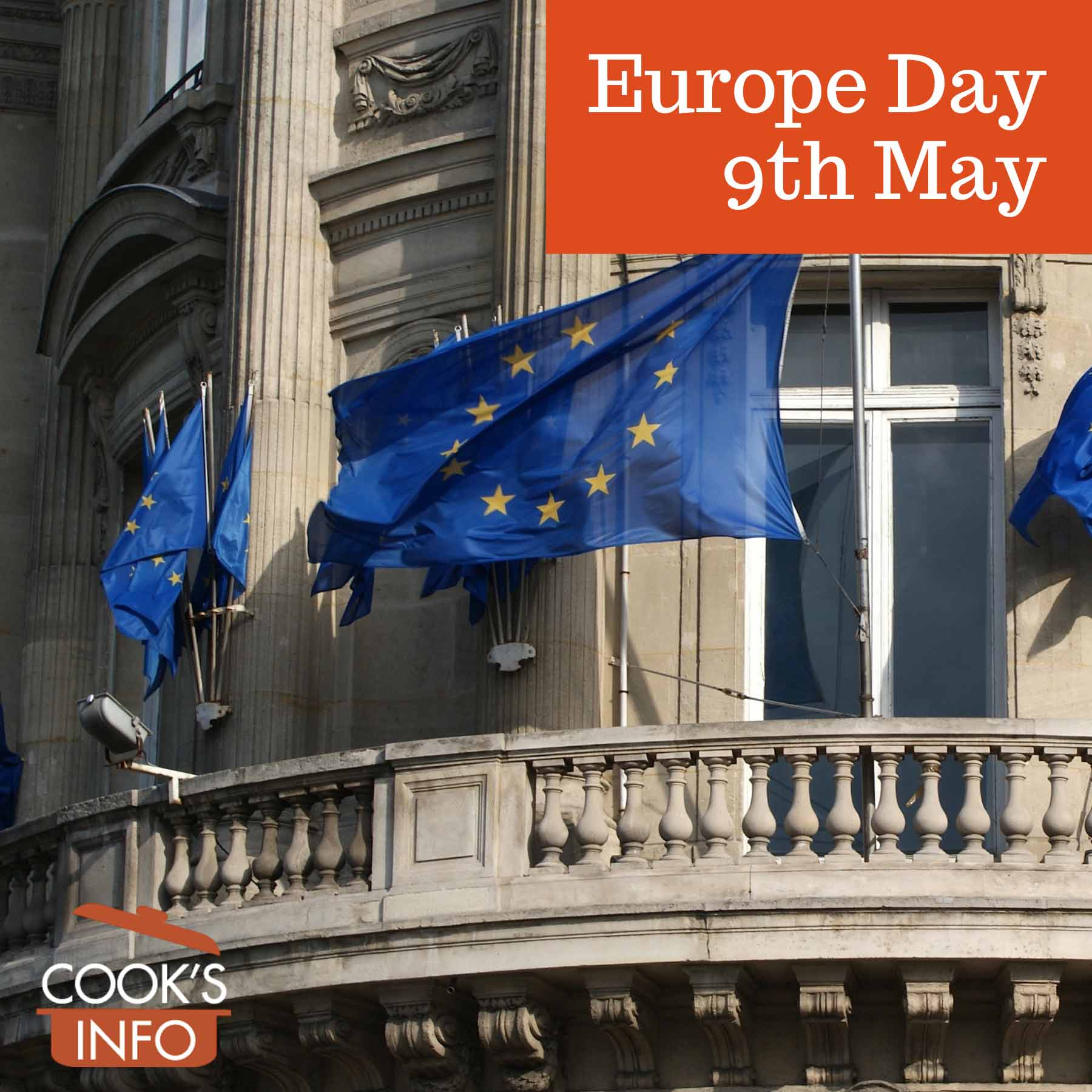 The 9th of May is Europe Day, a celebration to mark peace and unity in Europe.

In recent years, Europe has been at the forefront of food research and culinary advances. Many European agencies now provide valuable information to anyone wishing to learn about any part of the food chain, from planning to consumption. The information comes from reputable sources, and is research-based. See the Resources section below.

On this day, there are concerts, debates, and other events in many towns and cities throughout Europe.

In Brussels and Strasbourg, many EU (European Union) official buildings open their doors to the public.

The European Food Safety Authority is headquartered in Parma, Italy, home of the famous Parmesan cheese.

There are several different dates that could have been picked. The 9th of May:

“…marks the anniversary of the historical ‘Schuman declaration’. At a speech in Paris in 1950, Robert Schuman, the then French foreign minister, set out his idea for a new form of political cooperation in Europe, which would make war between Europe’s nations unthinkable. His vision was to create a European institution that would pool and manage coal and steel production. A treaty creating such a body was signed just under a year later. Schuman’s proposal is considered to be the beginning of what is now the European Union.” [1]The European Union. Europe Day. Accessed April 2021 at https://europa.eu/european-union/about-eu/symbols/europe-day_en

The day is also Schuman’s birthday:

“Why the ninth of May? Because it was on that day in 1950 that Robert Schuman, then France’s Minister for Foreign Affairs, made the famous speech which led, a year later, to the creation of the first European Community, the European Coal and Steel Community. Also, 1986 was the centenary of the birth of this founding father of Europe.” [2]Commission of the European Communities. European identity: symbols to sport. March 1987. CC-AD-87-006-EN-C. Page 5.

The proposal for a “Europe Day” was adopted in September 1985, and observance of the day started in 1986.

“1986 was certainly a year of ‘firsts’. Some days before the ceremony to mark the adoption of the European flag, the first ‘Europe Day’ was officially celebrated. Every year from now on, the ninth of May will be Europe Day, just as each country has its own national holiday ” [3]Commission of the European Communities. European identity: symbols to sport. March 1987. CC-AD-87-006-EN-C. Page 5.

Later that same month, on the 29th of May, the EU flag was first flown. Did you know the EU flag is technically not called a flag, but rather an emblem?

The Council of Europe feels that the day should be the 5th of May, to mark when it was formed, but the 9th has gained recognition.