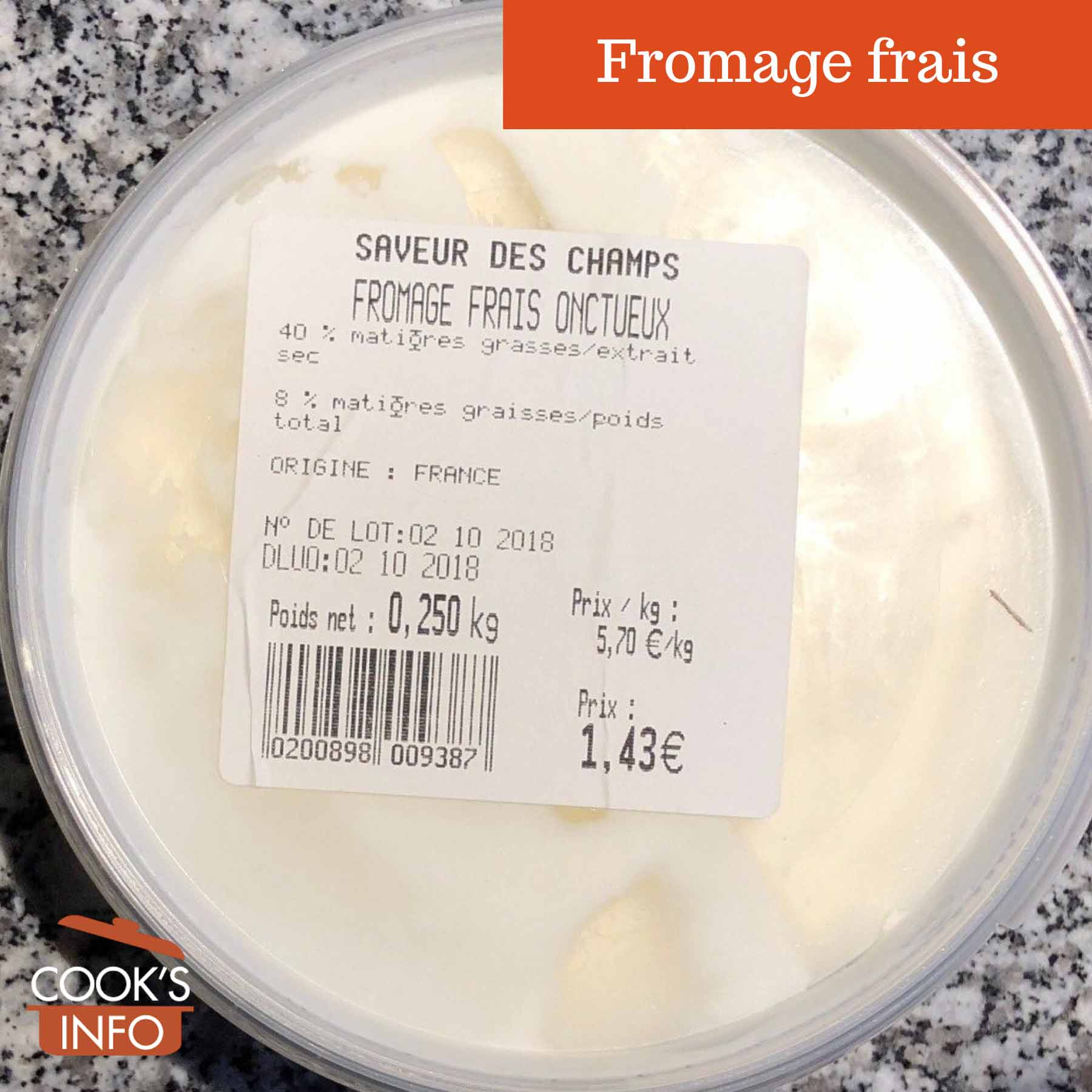 Fromage frais is a fresh cheese that looks like Greek yoghurt, and has the same spoonable texture.

You can get fromage frais plain or flavoured, often flavoured with herbs to use as a spread (“tartinade”) for bread.

The cheese is made with whole or skim milk. Depending on which version you buy, you can get 99.9% fat free, 1% fat, or 8% fat, which is the regular version. The lower-fat versions have a somewhat less-firm texture.

Fromage frais can be used as a topping for dessert, fruit, baked potatoes, or as the basis for a salad dressing. In France, it is used more in combination with sweet things.

Fromage frais may be slightly easier to digest than milk for some people, because the protein in the milk is somewhat digested by the bacteria used to make the cheese.