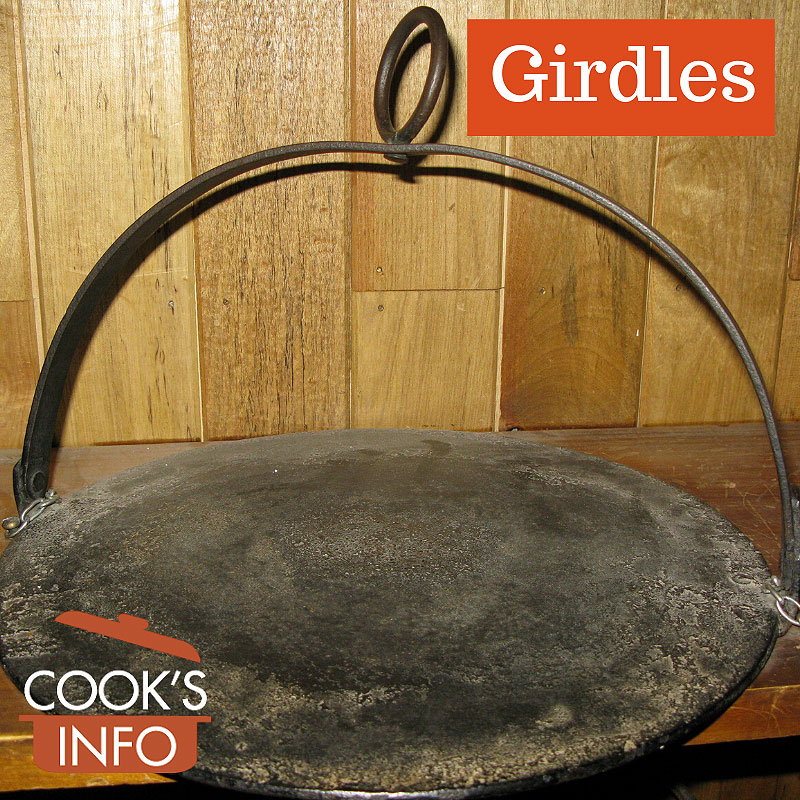 A girdle is like a griddle, in that it is a flat cooking surface, but instead of being set on top of the heat source, it is hung over the heat source by a long, linked metal chain.

It is usually made of iron, and usually round, with a metal hooped handle that a chain to hang it with will attach to.

A girdle was used for “baking” items such as bannock, scones, oatcakes, and other quick breads. You cook the items on it, as you would a pancake.

It was used particularly in Scotland.

A maker of one was called either a “Girdilmaker”, “Girdler” or “Girdlesmith.”

“like a hen on a het girdle” meant hopping from one foot to another.

“The Bailie . . . had all this while shifted from one foot to another with great impatience, “like a hen”, as he afterwards said, “upon a het girdle.” — Sir Walter Scott. Waverley Novels. 1814. 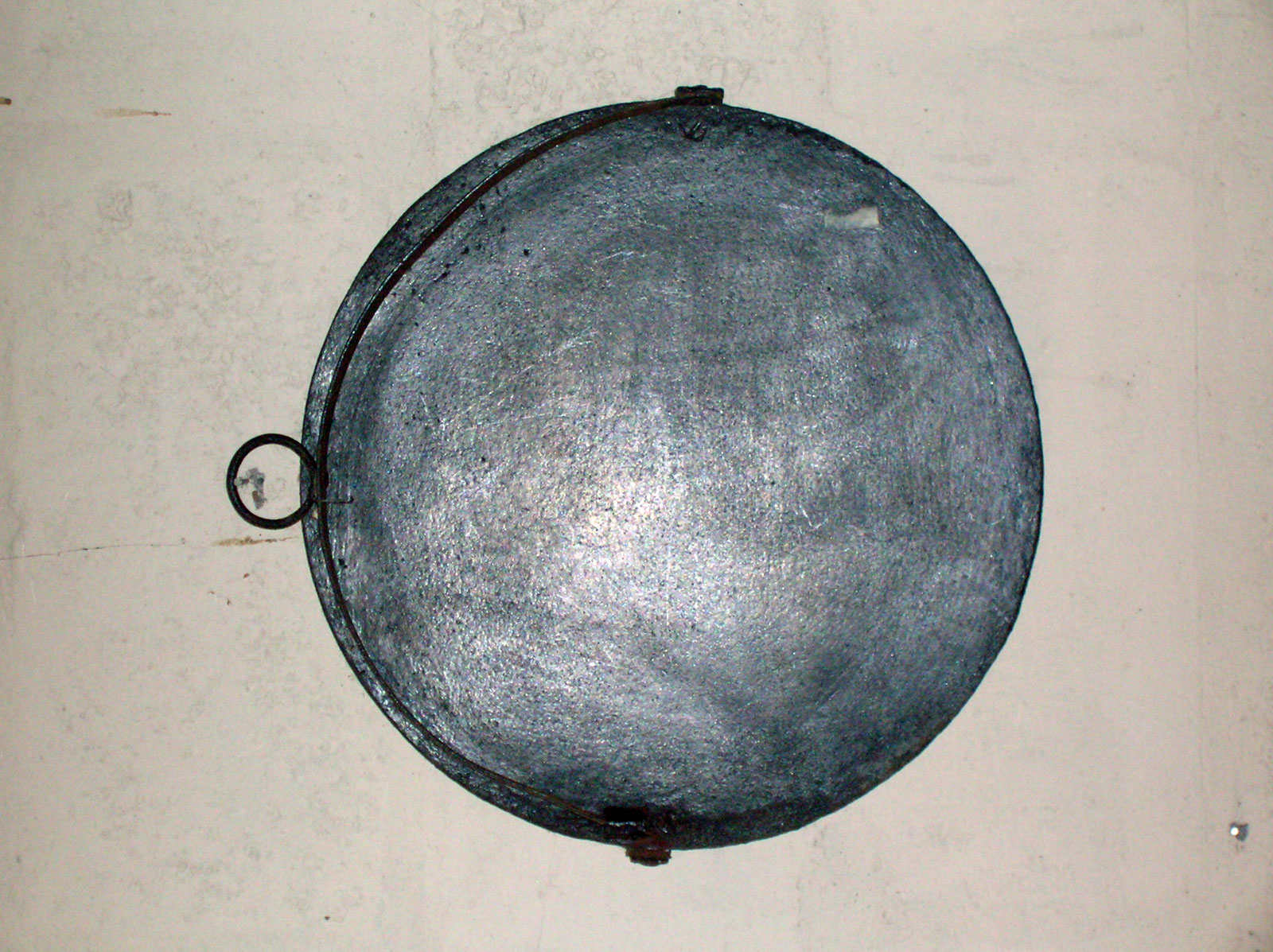 This web site generates income from affiliated links and ads at no cost to you to fund continued research · Information on this site is Copyright © 2022· Feel free to cite correctly, but copying whole pages for your website is content theft and will be DCMA'd.
Tagged With: Cookware, Scottish Food