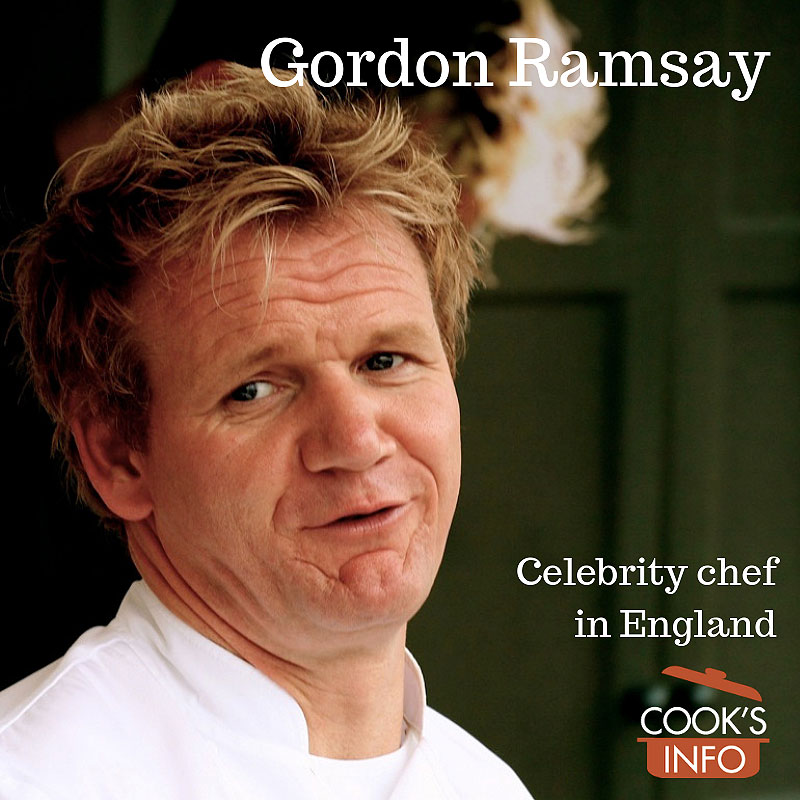 Gordon Ramsay is a celebrity chef and cookbook author in England. He is as well-known for his temper as he is for his cooking. He kicked the film and TV star Joan Collins out of his restaurant on the Royal Hospital Road in Chelsea in 1998, and often insults other food personalities. He is particularly well-known for his liberal use of the F-Bomb word.

Yet, while he doesn’t suffer fools gladly (or anyone he regards as a fool, or who gets in his way), he’s not pompous: he deliberately fed his children “regular food” while they were growing up because he didn’t want them to become “snobs.”

He and his wife Tana live in Battersea, South London. Their four children are named Megan, Jack and Holly (twins), and Matilda.

Gordon is also the owner of many restaurants, operator of many others, and writes for The Times’ Saturday magazine, BBC Food Magazine, and Delicious Magazine.

Gordon was born 6 November 1966 in Elderslie, Renfrewshire, Scotland. His parents, Gordon and Helen Ramsay, were from Port Glasgow. He had an older sister Diane, and a younger brother and sister named Ronald (Ronnie) and Yvonne. (He also has a half-sister, Sharon Donnachie, from before his father married.) [1]Simpson, Jane and Alan Caldwell. I’m Gordon Ramsay’s secret sister … and tasty in the kitchen, too. London: Daily Mail. 30 September 2006.

While he was young, his family moved to the Dennistoun district of Glasgow, Scotland

In 1982, his family moved back to Glasgow. Gordon says that a scout for the Glasgow Rangers team recruited him in the same year for that football team. Gordon passed the tests and was taken on at the age of fifteen as a junior. Some Rangers Club historians, though, dispute this claim. [2] Irvine, Chris. Gordon Ramsay’s Rangers claims questioned — TV Chef Gordon Ramsay’s claims to have played first-team football for Glasgow Rangers have been questioned by historians and former players at the club. London: Daily Telegraph. 1 March 2009.

In 1985, Gordon stopped playing football. This is often credited to a knee injury, but an equally important reason may have been that he wasn’t selected to go onto the professional level. Gordon then decided to study to become a chef, even though his father said it was “poncey.” Gordon moved back down to England, and studied cooking at North Oxon Technical College in Banbury, Oxfordshire, from which he graduated with an HND (Higher National Diploma) in Hotel Management.

Entering the world of cooking 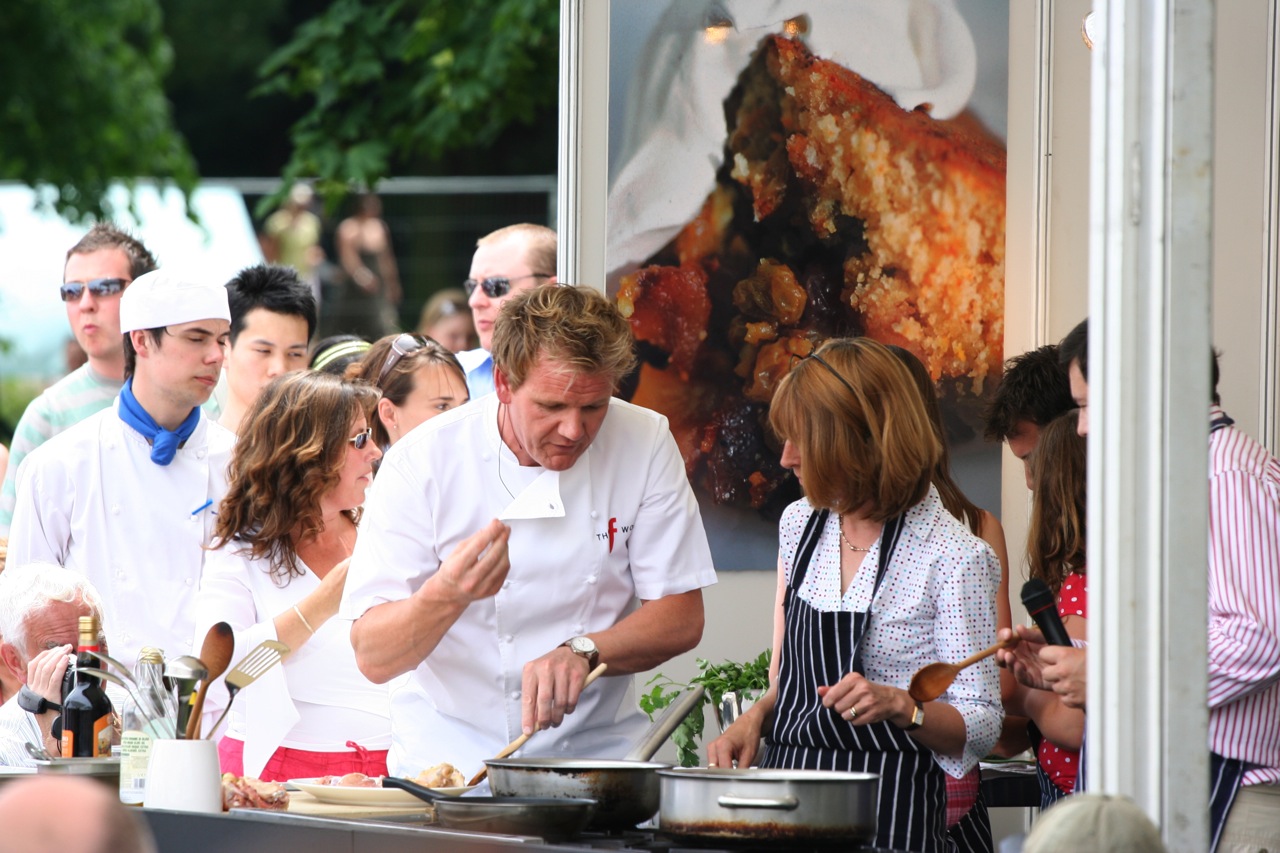 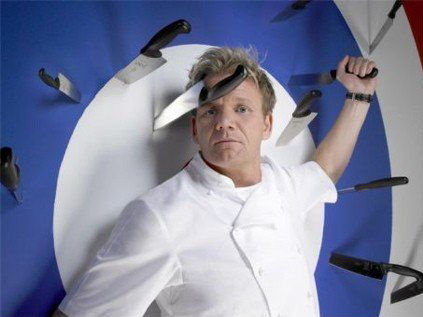 “Yet cooking meals for his family …. is exactly what Gordon did to research his newest cookbook, Gordon Ramsay’s Fast Food. With his wife, Tana, and his children — Matilda, 10, twins Jack and Holly, 8, and Megan, 6 — as his only ‘customers’, Gordon put himself in the shoes of the typical overstressed home cook. ‘Writing the first couple of chapters, I was struggling,’ Gordon tells Hello! Canada. ‘Surrounded by a team, you forget how difficult it can be. You can see why people become lazy: oh, God, I’ve got to wash the leeks, I’ve got to peel the potatoes, all this for dinner — I might as well eat out.” — Catto, Susan. Hello! Canada. Food Section. 31 March 2008, Issue 77. Page 98.

Cooke, Rachel. How does our Gordon Grow? Manchester: The Observer. 8 June 2003.

ninemsn. Food and Wine. Into the Light (Marcus Wareing). Retrieved from http://gourmet.ninemsn.com.au/gourmettraveller/features/features99.asp March 2006.

The Gazetteer for Scotland. Gordon Ramsay. Retrieved from http://www.geo.ed.ac.uk/scotgaz/people/famousfirst1048.html March 2006.

You ask the Questions: Marcus Wareing. London: The Independent. 16 December 2003.

This web site generates income from affiliated links and ads at no cost to you to fund continued research · Information on this site is Copyright © 2023· Feel free to cite correctly, but copying whole pages for your website is content theft and will be DCMA'd.
Tagged With: British Food, English Food, Scottish Food