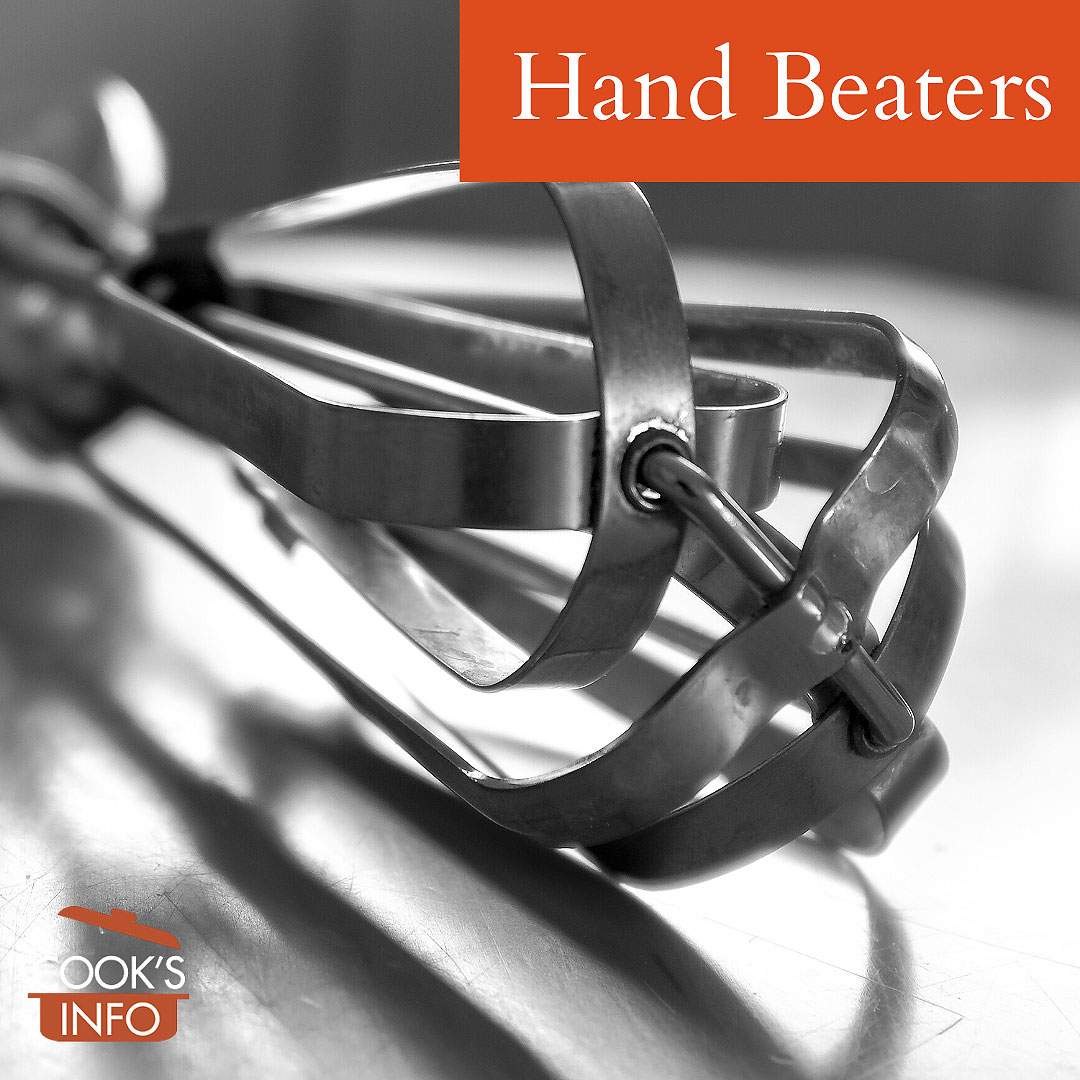 Hand beaters are used to beat a food item or food mixture, to both mix it and introduce air. The most popular use is for beating egg whites and whipped cream.

They are powered by hand, making them more work than electric hand mixers, but less work than using a whisk or any other implement.

There are many variations; in America alone as of 2007, over 1000 patents had been issued for various designs.

A hand beater is generally about 23 cm (9 inches) tall. It has a handle on top, a crank in the middle, and beaters at the bottom. You need two hands to operate it: one hand holds the top handle and directs the beaters; the other turns the crank. The crank turns gears which in turn rotates the beaters. The beaters are sometimes referred to as “blades” or “whisks.” The beaters are circular, dull-edged blades that rotate in and out of each other, one turning clock-wise, the other turning counter-clockwise.

Hand beaters can be used for all kinds of things, not just eggs, but generally, people who have Hand Beaters tend to reach for electric hand mixers when it’s a matter of mixing heavier ingredients, or for longer periods of time.

They are often included in water-play centres for children, because it helps them develop fine motor skill, and hand / eye coordination. 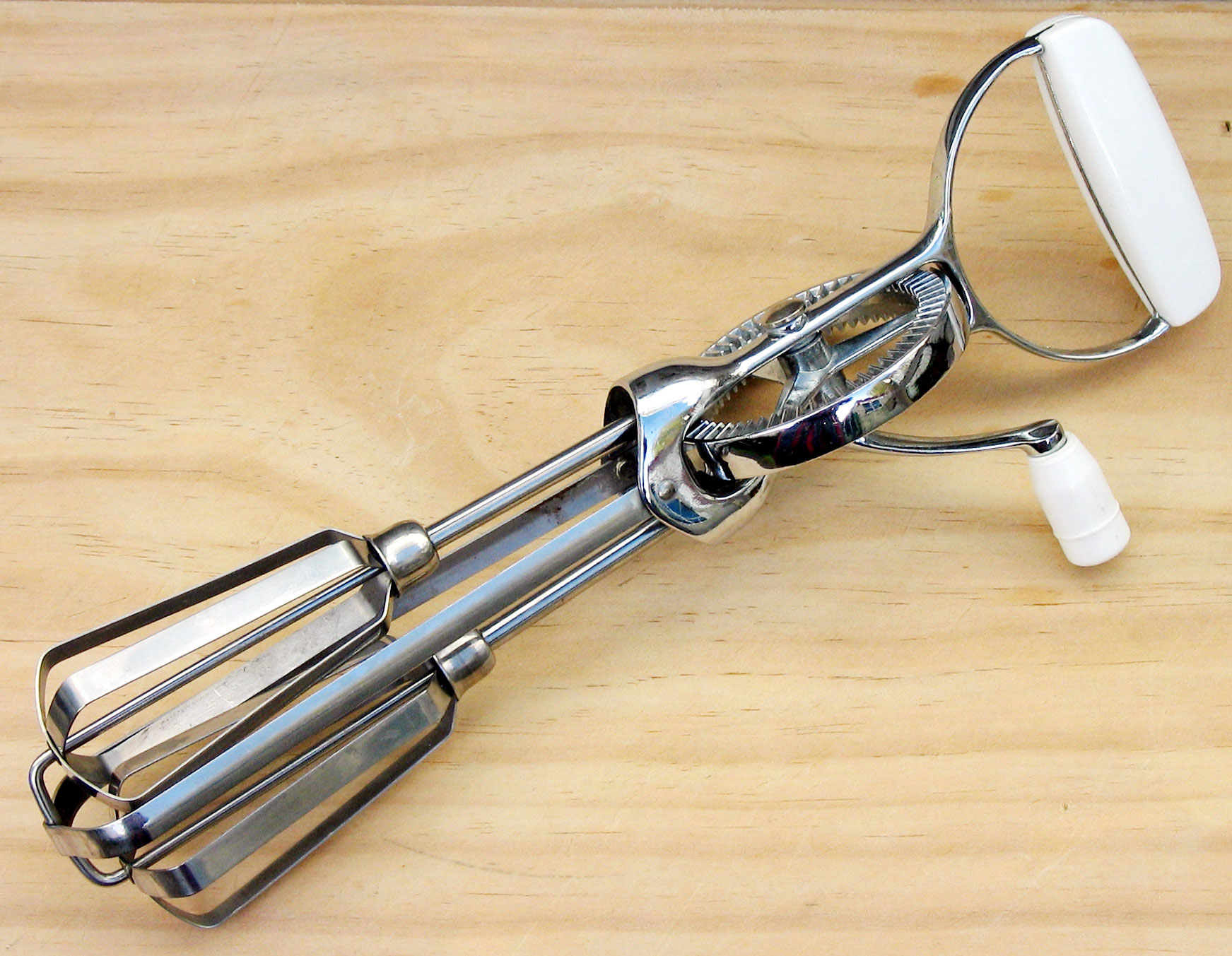 In the late 1800s, some manufacturers of hand beaters experimented with a squeeze, release, squeeze, release, mechanism instead of the hand crank, but the crank remained the most popular and eventually won out.

The first models introduced in the late 1850s (first patent issue 1856) were tubes that had plungers in them with holes on the bottom.

The first hand beaters with whisks just had one whisk, not two as is taken for granted now. In addition, there were other models that were neither plunger nor whisk, but rather a wooden paddle in a jar and some models even had the beaters attached to a lid, which you then secure on top of a jar or bowl.

Some sources attribute the first hand beater like the one that is now common (crank, two whisks) was patented in 1870 (US patent #103811) by a Turner Williams of Providence, Rhode Island.

Early hand beaters were made of cast iron, or tin. 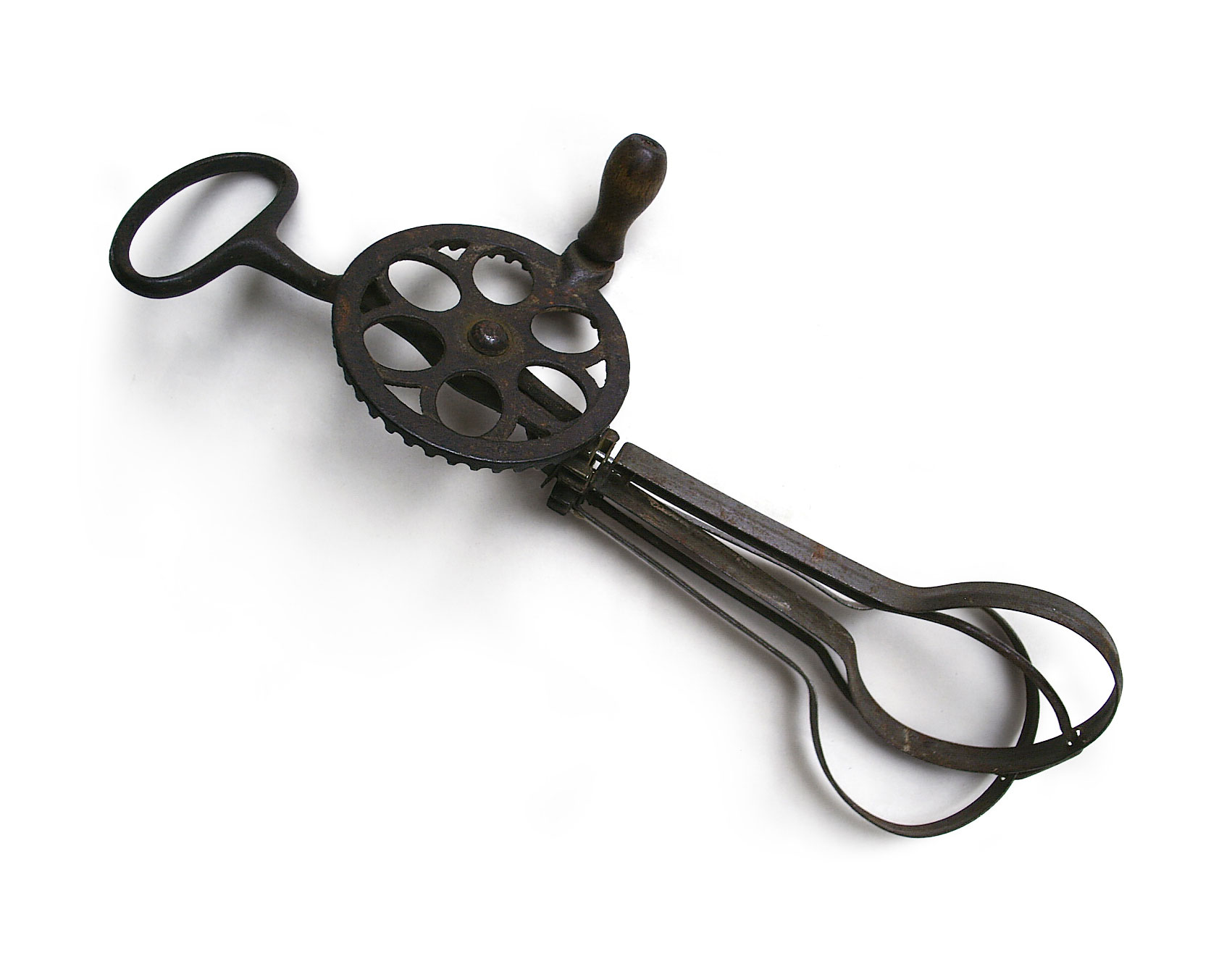