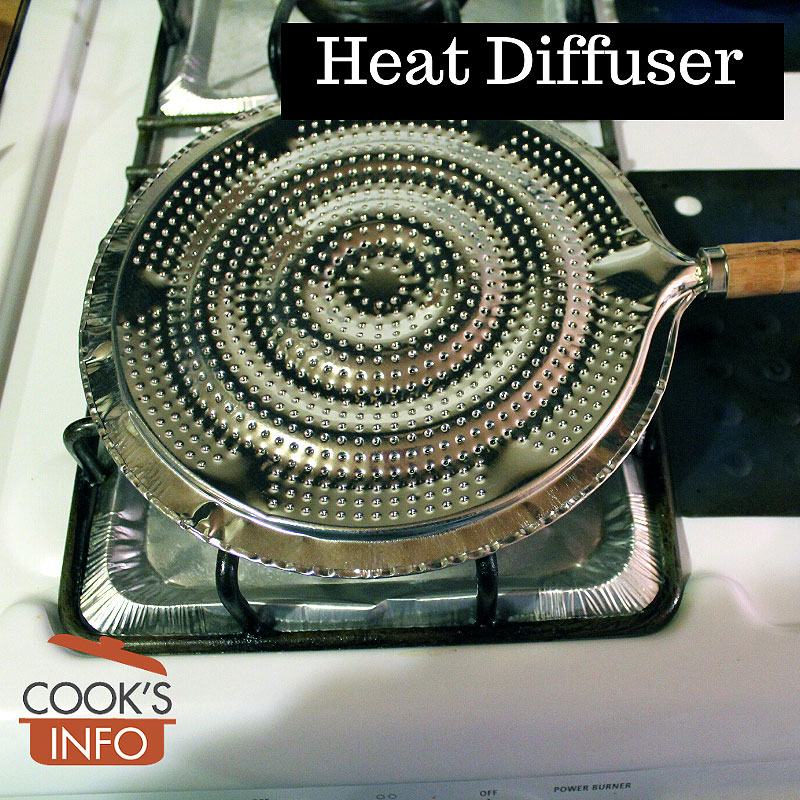 A heat diffuser is a flat, round metal object designed to fit on top of a stove burner.

It reduces the intensity of the heat that reaches the bottom of a pan, and provides more even heat distribution. It takes the place of a double-boiler.

You put it on top of the burner, then the pot on top of it. It will work with both gas and electric burners. It’s good for tricky gas stove burners on which you need really low heat, but the flame goes out if you lower it too far down, and it can be used to help reduce worries about using clay pots such as Japanese donabes on the stove top.

A heat diffuser can also be vital to use when making long-simmer concoctions such as relishes and chutneys for home canning to prevent scorching on the bottom.

There are several different types of diffusers.

One type is made of two pieces of flat metal, both perforated, with an large air space between. These are often made of chromed sheet metal, and may rust, so though they are cheap and cheerful and do the job just fine, don’t expect them to last a life-time. Some are not perfectly flat.

Another type has the two sheets of metal closer together, with a few slats instead of perforations, and may be enamel coated. You can get them made of cast iron.

Either kind will have a heat-proof handle by which you hold and move it.

Other types include open, coiled wires designed to raise the pot a bit off the heat source.

Some induction stove burner converters can also be used as heat diffusers.

The term “heat diffuser” can also refer to a reflector shield built into the top of some ovens in North America, designed to diffuse the heat that comes from the broiler burners at the top of the oven. 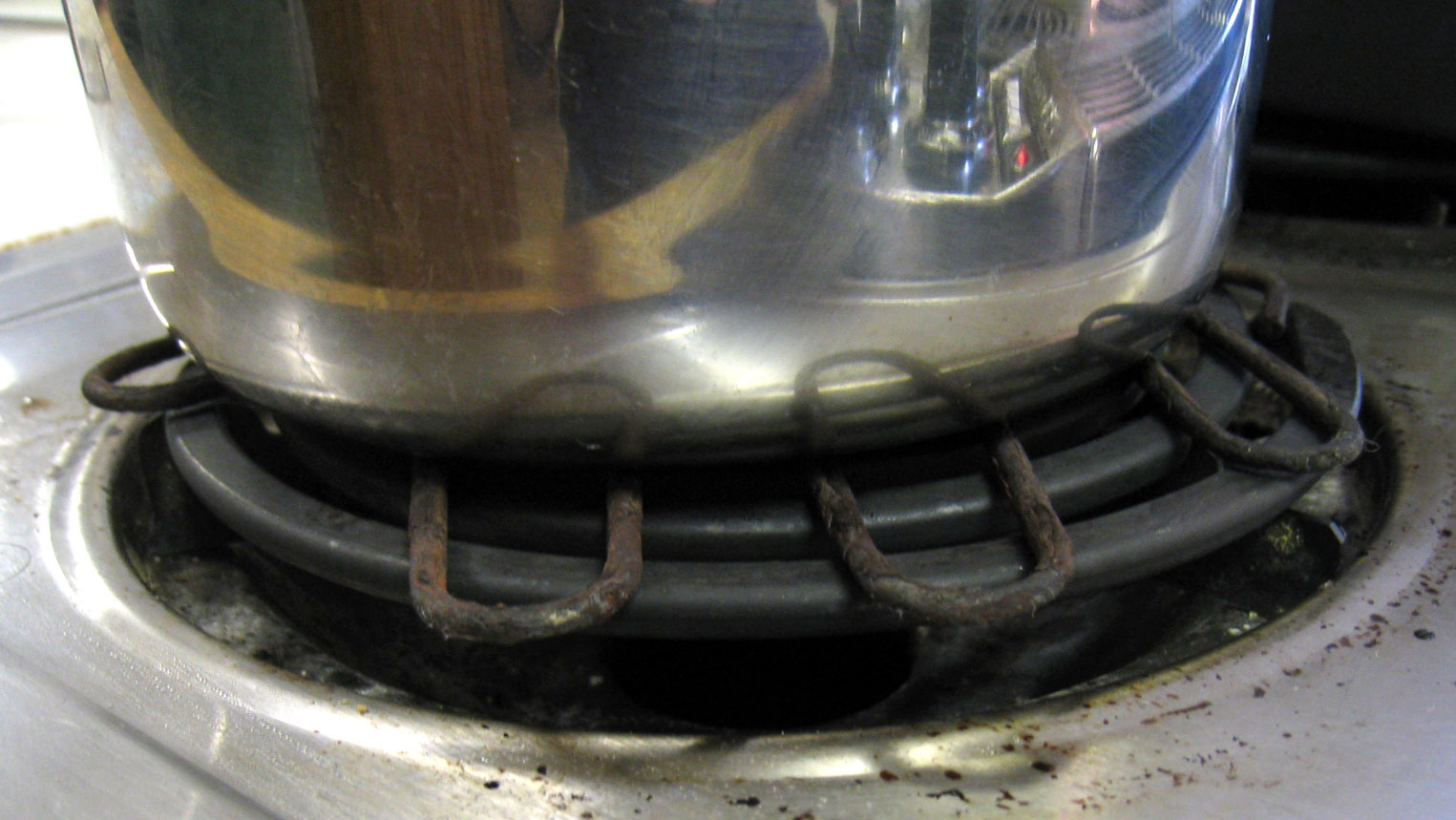