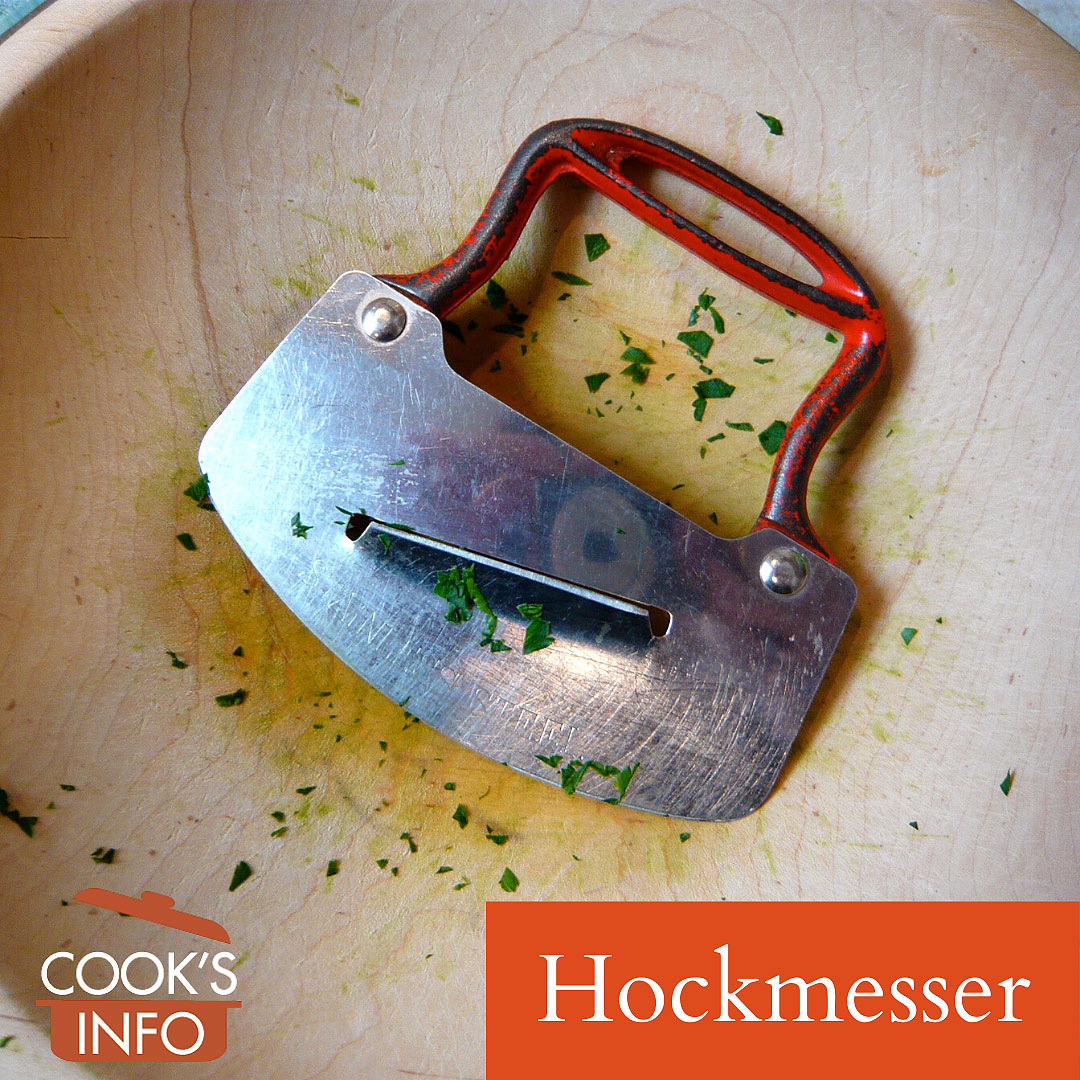 A hockmesser is a Yiddish word for a knife with a single, slightly curved blade, and no side handle.

Instead, the handle is on the top; you press down as you chop. In this, it is similar to a single-bladed mezzaluna.

It is used in conjunction with a wooden bowl.

It is used in preparing Ashkenazi Jewish dishes such as gefilte fish; it is also good for chopping egg for egg salad, liver for chopped liver, as well as chopping tomatoes, onion, etc.

Chopping food items down to a desired fine texture can often be a laborious task.

Modern generations have switched to using food processors for the savings in time and effort, though older cooks complain the texture isn’t right.

“Asking if our mother used a hockmesser to chop it, he replied that she hocked it in a wooden bowl.” [1]Sharon Mark Cohen. Roe, Anyone? P’tcha? Eggplant Relish? Teaneck, New Jersey: Jewish Link of New Jersey. 16 April 2015. Accessed March 2020 at https://www.jewishlinknj.com/food/7690-roe-anyone-ptcha-eggplant-relish

This web site generates income from affiliated links and ads at no cost to you to fund continued research · Information on this site is Copyright © 2022· Feel free to cite correctly, but copying whole pages for your website is content theft and will be DCMA'd.
Tagged With: Jewish Food, Knives