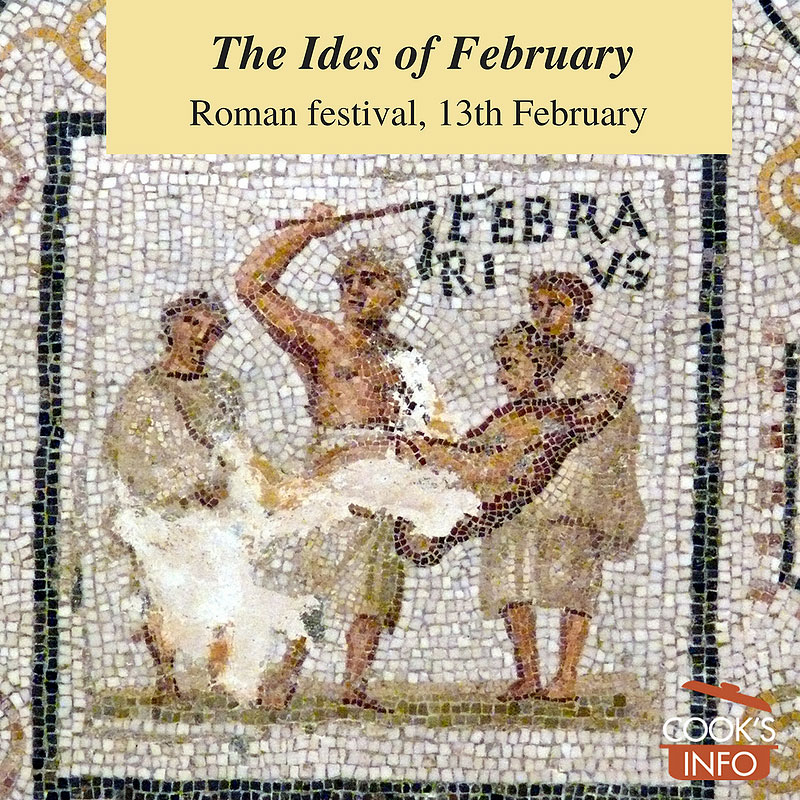 February, fragment of a mosaic with the months of the year. From Tunisian colony of Hadrumetum, first half of the third century. Ad Meskens / wikimedia / 2012 / CC BY-SA 3.0

Idus Februarias, a Roman holiday, falls on what is now the 13th of February in our modern Gregorian calendar.

The Ides were a religious festival that actually went on for 9 days, from the 13th through to the 21st of February inclusive. The first day, the 13th, was called the “Idus Februarias”; the entire period was called the “parentalia.”

The Romans believed that February was a month in which the souls of the dead could enter this world. Consequently, this became a period to honour your ancestors with offerings at their tombs. Romans would leave flowers, a trickle of wine, bread crumbs, or a sprinkle of salt.

This is similar to what Mexicans now do on the Day of the Dead at the start of November. 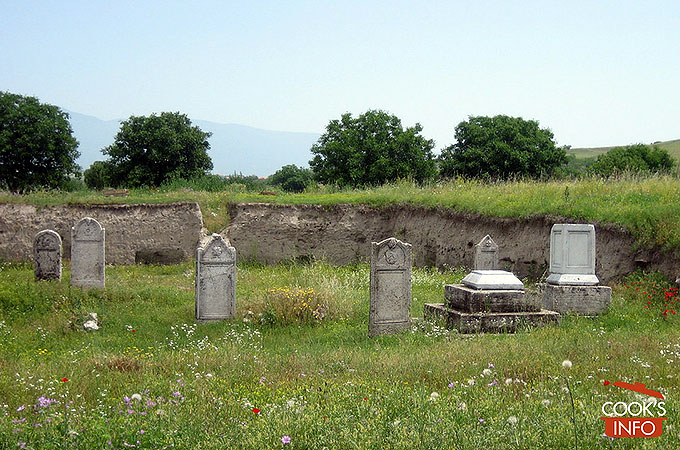 The Roman calendar evolved a great deal over the course of 1300+ years, but in the earliest form, around 800 BC onwards, the Ides marked the day of a month when the full moon would occur. This was the 15th day of March, May, July, and October; for all other months, it was the 13th.

The entire month of February was dedicated to Mars and Juno. 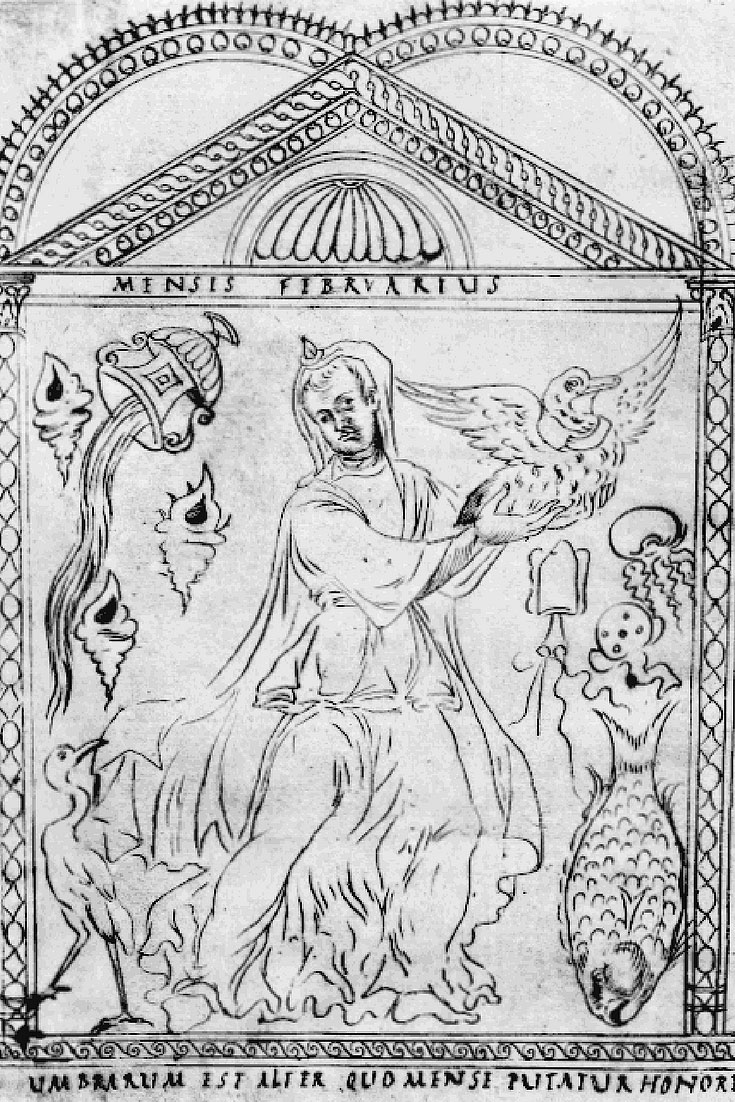