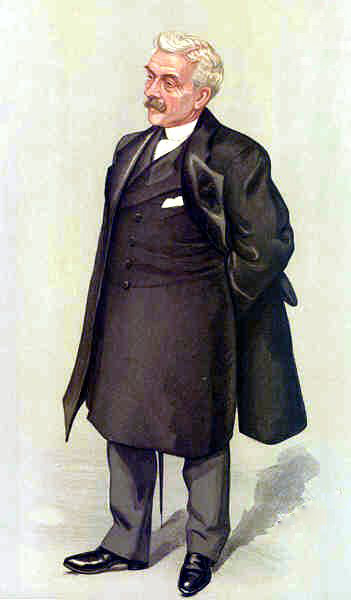 John Lawson Johnston was the inventor of Bovril.

He was born in Roslin, Scotland (of Da Vinci Code fame) on 28 September 1839. His parents were William Johnston and Jane McWilliam.

John grew up to become a butcher.

Many of the company’s records were destroyed by bombing during the Second World War.

For further information on Bovril the product, see the separate page on cooksinfo.com dedicated to Bovril.

George became chairman of Bovril upon his father’s death. He also acquired a title in 1929, becoming the 1st Baron Luke, of Pavenham. His son, Ian St John Lawson Johnston, became the 2nd Baron Luke upon George’s death during the Second World War, and he, too, became a chairman of Bovril.

This web site generates income from affiliated links and ads at no cost to you to fund continued research · Information on this site is Copyright © 2023· Feel free to cite correctly, but copying whole pages for your website is content theft and will be DCMA'd.
Tagged With: British Food, Scottish Food