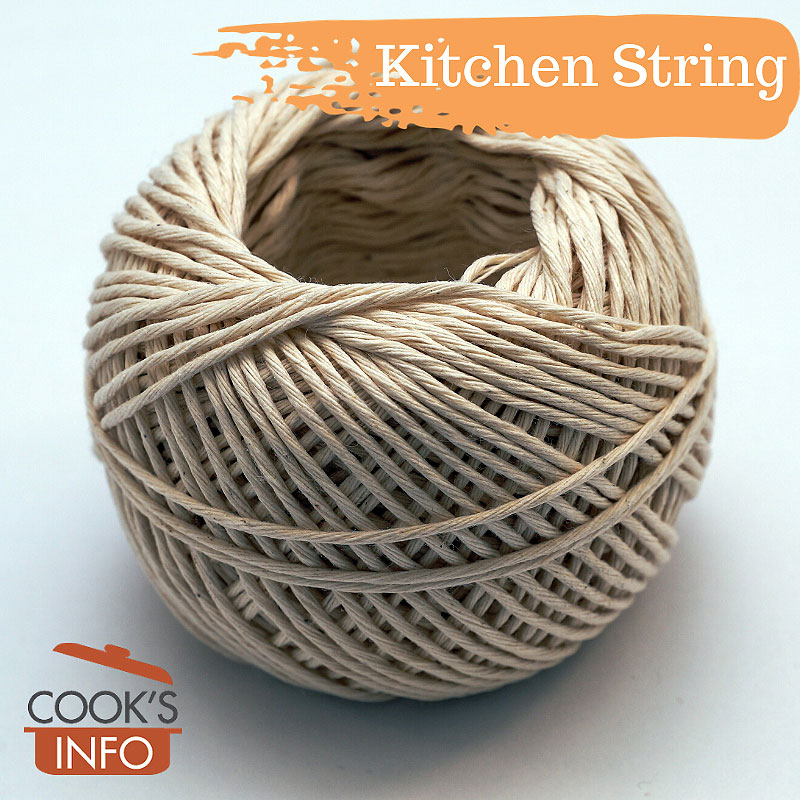 Kitchen string is string used for various purposes in the kitchen such as:

Kitchen string is made of linen or cotton, and is plain white or off-white. It is never made of synthetic fibres, and never dyed. It won’t burn during cooking.

There are several different “gauges.” Butcher’s twine is the heaviest.

When tying meat, you want the string firm enough that it actually serves a useful purpose, but not so tight that you are squeezing the juices out of the meat.

You leave the string on for cooking, and remove it when serving.

You can also get edible string, made of collagen.

You can keep kitchen string in a drawer in a sealed plastic bag to keep it clean.

If you use it often, you can buy decorative holders / dispensers that hold the thread for you to pull it off, freeing up one hand. Some dispensers have built-in cutters, so that with a flick of the string, it will cut the string off for you (if you get the motion right, without pulling the whole dispenser on the floor.) There are also hanging dispensers that hang from a ceiling, like shops used to use.