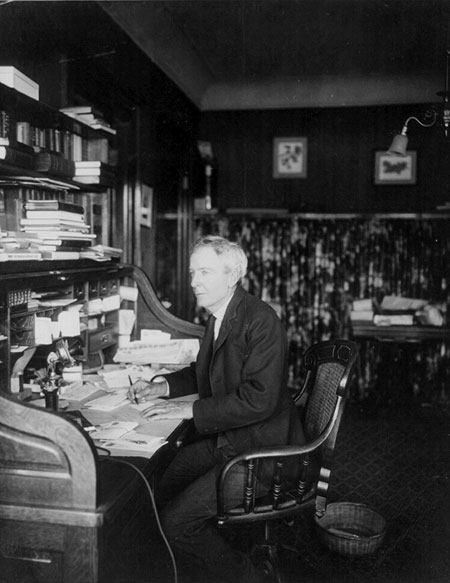 Luther Burbank was an American botanist and scientist, most remembered in the food world for the potato named after him.

He was a self-promoter, but his hype about some of his plant creations didn’t live up to reality when they were grown elsewhere in the world outside of the idyllic California environment, where he worked. He didn’t like visitors: on his front door, he had a sign that read “Mr. Burbank is no less occupied than are the officials of Washington, and therefore he most humbly requests that the public not disturb him with visitations.”

Trained botanists found his approach scattered and maddening, and didn’t even know how to respond to his belief that plants could telepathically understand human speech. There may have been method to his madness, though: he was single-handedly responsible for 200 new varieties of fruit alone, such as the July Elberta peach, the Santa Rosa plum, and the Flaming Gold nectarine. He also developed the Shasta Daisy, now common in gardens across North America.

He is best known for the Burbank potato, of course, which was highly-desirable because it was both blight resistant and a very good cooking potato. In 1871, he further developed the Burbank potato into the Russet Burbank, now marketed as the “Idaho” potato.

Burbank couldn’t patent any of his creations, though, because America’s Plant Patent Act wasn’t passed until 1930.

He was a defiant atheist at a time when it was far from fashionable. He published a book called “Why I am an Infidel,” which raised a storm of controversy.

This web site generates income from affiliated links and ads at no cost to you to fund continued research · Information on this site is Copyright © 2022· Feel free to cite correctly, but copying whole pages for your website is content theft and will be DCMA'd.
Tagged With: American Food, James John Howard Gregory, Luther Burbank