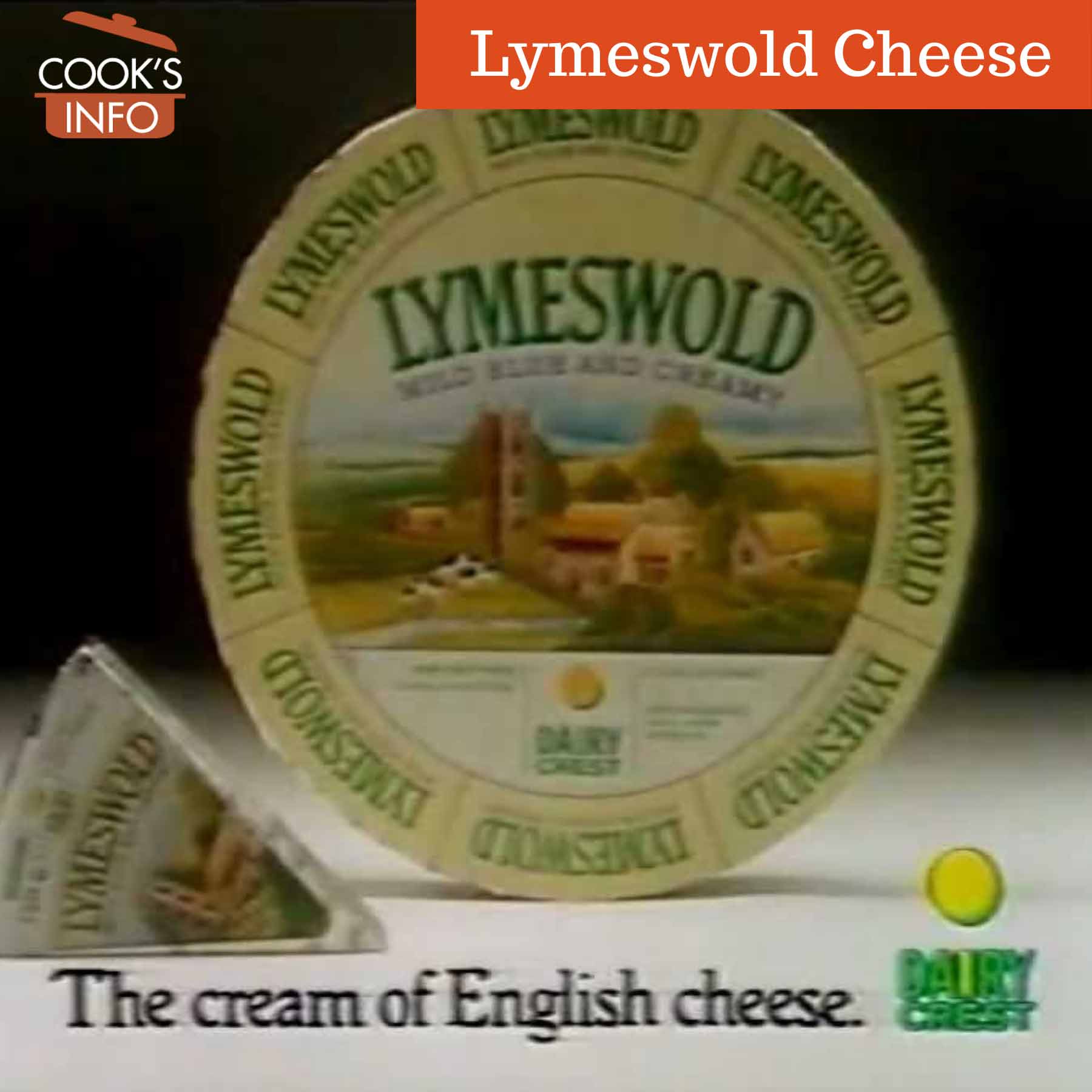 Lymeswold (aka Westminster Blue) is a modern but now defunct cheese that was made from pasteurized cow’s milk.

The cheese was formed in plastic PVC moulds.

It was introduced in 1982. It never took off, though, so production was halted in the early 1990s.

Lymeswold Cheese was a soft cheese modelled after French cheeses such as Brie. In fact, the French market was the primary export target.

Lymeswold was a creation of officials at the Britain’s former Milk Marketing Board, through its subsidiary Dairy Crest. The driving force behind it was the Chairman of the Milk Marketing Board at the time, Sir Stephen James Leake Roberts, of Little Wenlock, Shropshire (died 11 June 2002, aged 87.)

Many observers agree that the semi-governmental organization had all the business aspects right: the public relations, the marketing, the advertising, the budget. All throughout development, it had been the subject of focus groups, market research and taste tests. But still, the cheese just refused to move off the shelves.

Some people now say the problem was that the cheese was prematurely sold before it was ripe, to meet the initial demand they had worked to create, and the bad first impression was something the cheese just never overcame. Some people dubbed the cheese “slimeswold”. Sir Roberts apparently blamed the problems on EU milk quota rules.

Brits will often rib Americans by saying they come from “Lymeswold, Wessex” (Lymeswold never having existed as a place, and Wessex not having existed (outside Thomas Hardy’s books) since 1066.

There was, however, a Wymeswold in Leicestershire where there were six dairies producing Stilton in the 1920s. The largest facility, the London Lane Dairy (which was converted to a dairy in 1910; previously it had been a Primitive Methodist chapel), was sold to the Milk Marketing Board’s Dairy Crest subsidiary in 1962. The Milk Marketing Board, when they were first planning Lymeswold Cheese in the late 1970s, wanted to make the cheese in this London Lane Dairy building , but deciding that the building would be too small to produce the demand for the new cheese that their planning had projected (in hindsight, it would have done just fine.)

One of the first package labels suggested for Lymeswold none-the-less had a church on it modelled after St Mary’s in Wymeswold.

Sadly, the London Lane Dairy building was closed in 1987, and torn down in 1989. The site is now a nursing home.

Lymeswold is not actually a place name, though it sounds like it. In fact, the cheese had two names: when exported it was called “Westminster Blue”, because people outside the UK were thought to have difficulty pronouncing Lymeswold, particularly the French — there is no combination of “wo” in French.