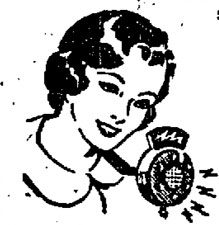 A real woman, Ames was the Director of Pillsbury’s Cooking Service.

She worked for Pillsbury from at least 1925 onwards.

In the 1925 “Missouri Farm Women’s Cookbook”, there was a recipe insert from Ames for her Dutch Apple Pie. Her recipe called for “Pillsbury’s Best” Flour, but she noted: “If you don’t happen to have Pillsbury’s Best, go ahead and bake this pie with whatever flour you have in the house.  Then, the next time you need flour, get a bag of Pillsbury’s Best.  Bake this pie again.  We think you’ll notice a real difference! If for any reason you’re not satisfied—not glad you changed to Pillsbury’s Best—your money will be refunded, without question.  We believe you’ll like the rich flavor, tempting delicacy, and tenderness Pillsbury’s Best gives to every food you bake!”

From at least 1925 onwards, the Pillsbury Cookery Club was run in her name. To enroll, you collected and sent in vouchers from Pillsbury’s products. In return, you would get recipes or cooking technique tutorials sent to you monthly. You could buy a metal binder to put them in for 10 cents. The Cookery Club promoted the use of Pillsbury’s specialty flours such as Pancake Flour, White Corn Meal, and Sno Sheen Cake Flour, as well as of Pillsbury’s regular flours.

A comic strip ad featuring Mary Ellis Ames that appeared in the Ladies’ Home Journal in 1935. 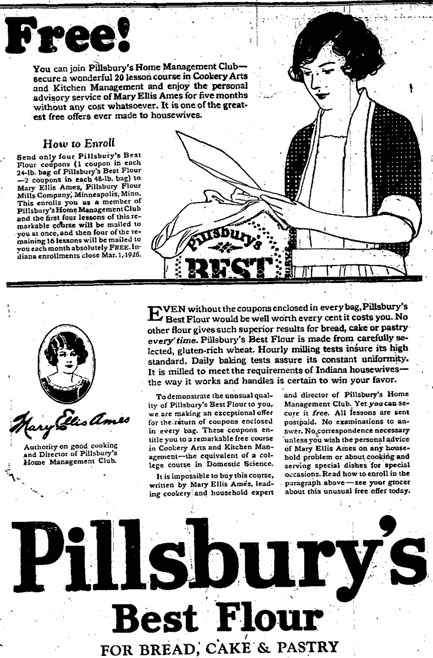