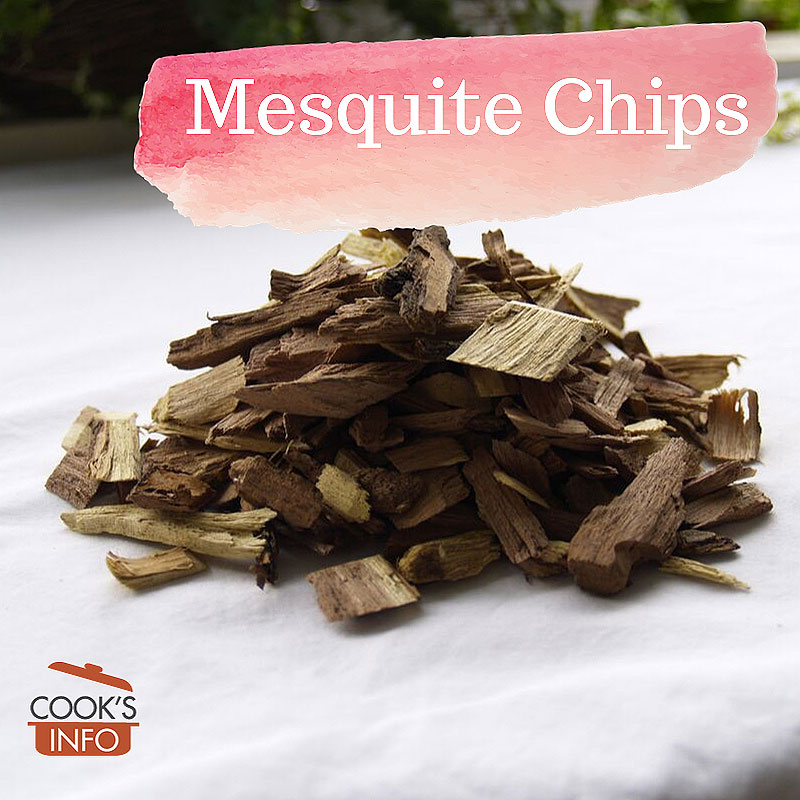 Mesquite is a hardwood tree prized for the flavour that fire from its wood gives to food.

Mesquite grows in Australia, Africa (northern), Asia (eastern), and North and South America. It is a member of the legume family. It grows as small trees or shrubs, with thorns on the branches, sometimes double-thorns.

Its brown bark is smooth when young, getting rougher as the tree gets older. Below the bark, there is a layer of yellow wood, then at the core, reddish-brown wood.

The tree produces small yellow flowers that are slightly fragrant, then pods that can be green, brown or yellowish-brown depending on variety of the mesquite. Inside the pods, there is a pulp in which there are small oval seeds like beans with hard shells.

The pods don’t open up when ripe to release the seed. The tree relies on animals to eat the pods, after which the seeds pass through the animals undigested in other places. The tree grows from seed.

Farmers consider the tree a nuisance, because it chokes out pasture grass. But, it is very hard to remove because it has a very tenacious root system: its taproot can grow down as far as (25 metres (75 feet.)

Mesquite wood needs to be aged first before using. It burns slowly but hot, and doesn’t smoke. It’s wood is used for grilling, not barbequing. The long, slow time required for barbequing would cause too much of the flavour to be transferred to the meat. It can give a bitter taste to food if used for more than 5 to 6 hours. As well, the wood gives off too much heat for slow cooking. Even in grilling, you use just a little bit.

The wood is usually sold as chips or chunks.

You can also buy mesquite charcoal.

Soak chips in water for 30 minutes first before using. If you are using charcoal, you can just sprinkle the chips over. If you are using a gas grill, make a shallow pan with tin foil (some people buy special smoking boxes) and place them in there and set on the lava rocks in a corner of the grill, then start heating the grill up.

If you’re flash cooking something like steaks, you can leave the tin foil packet open, but if you’re cooking something that is going to take an hour or so, regulate the vapour more by wrapping up the packet and poking holes in it..

Some say it’s okay to use for barbequing or smoking if you combine with another wood, or if you let it burn down to coals first and then add the coals to other coals.

Natives used to make a flour by grinding the dried pods from mesquite trees.

This web site generates income from affiliated links and ads at no cost to you to fund continued research · Information on this site is Copyright © 2023· Feel free to cite correctly, but copying whole pages for your website is content theft and will be DCMA'd.
Tagged With: Barbeque, Treen