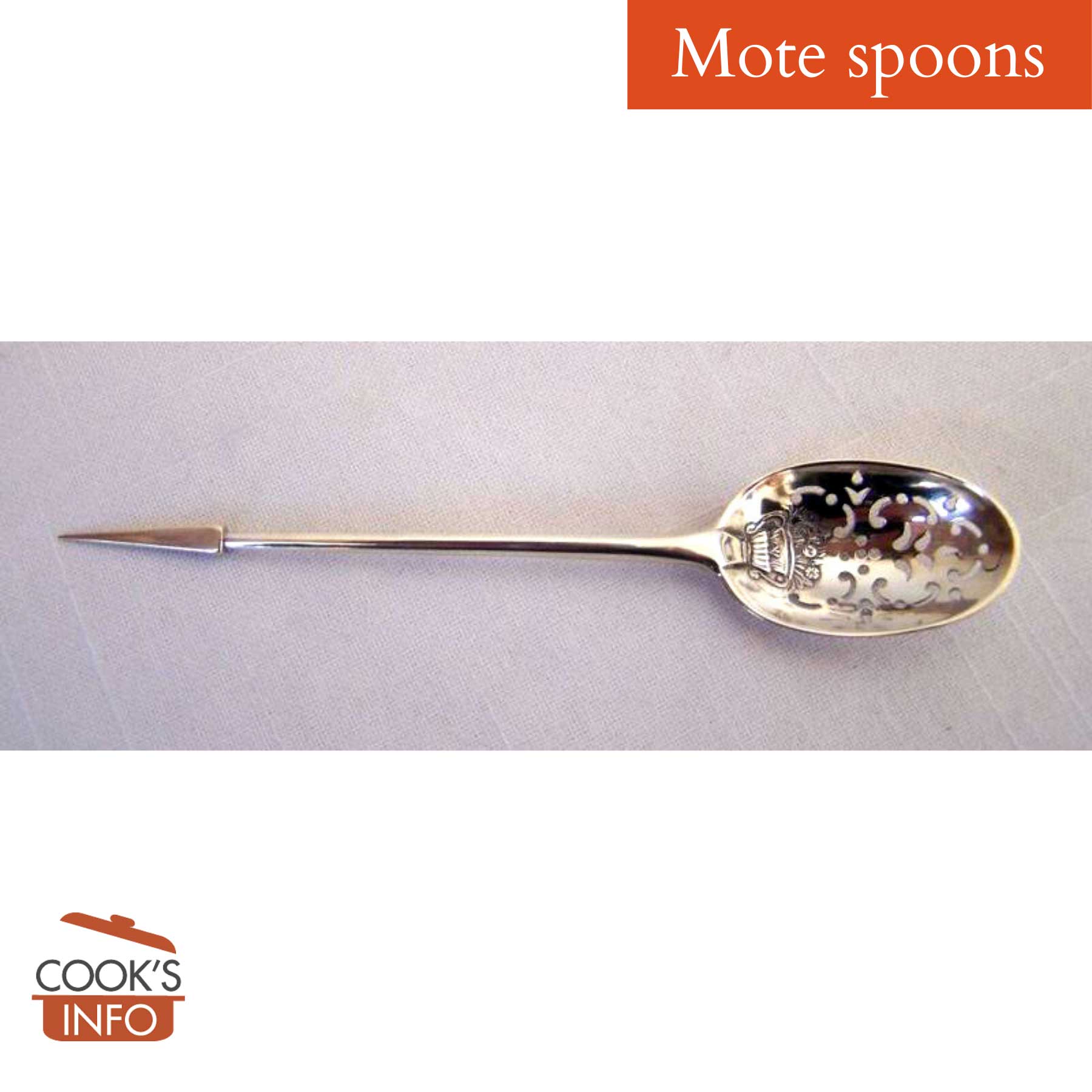 A mote spoon was a small slotted teaspoon to help with serving loose tea. It was used to fish out floating tea leaves from a cup.

The spoons were about 15 cm long (6 inches) altogether. The bowls of the spoon had perforations in them, ones that were usually decorative as well. Some perforations were cartouche or cross shaped, for instance.

The end of the handles of the spoons was also pointed, so that the spoon could be used to unclog the spout of a teapot clogged up with leaves.

They were usually sterling silver or gilt.

Mote spoons were made starting in the late 1600s in the UK, and in the first half of the 1700s in America. The holes were drawn on the bowl of the spoon by the silversmith. A small hole would be drilled into a marking, then a very small saw blade pulled through, then the hole sawed out. Even fairly plain ones could take four days to make (versus one day for a regular teaspoon.)

Most people who have heard the word “mote” will have heard it from a Biblical context:

A “mote” is a tiny piece of something.

This web site generates income from affiliated links and ads at no cost to you to fund continued research · Information on this site is Copyright © 2022· Feel free to cite correctly, but copying whole pages for your website is content theft and will be DCMA'd.
Tagged With: Spoons, Tea Trappings