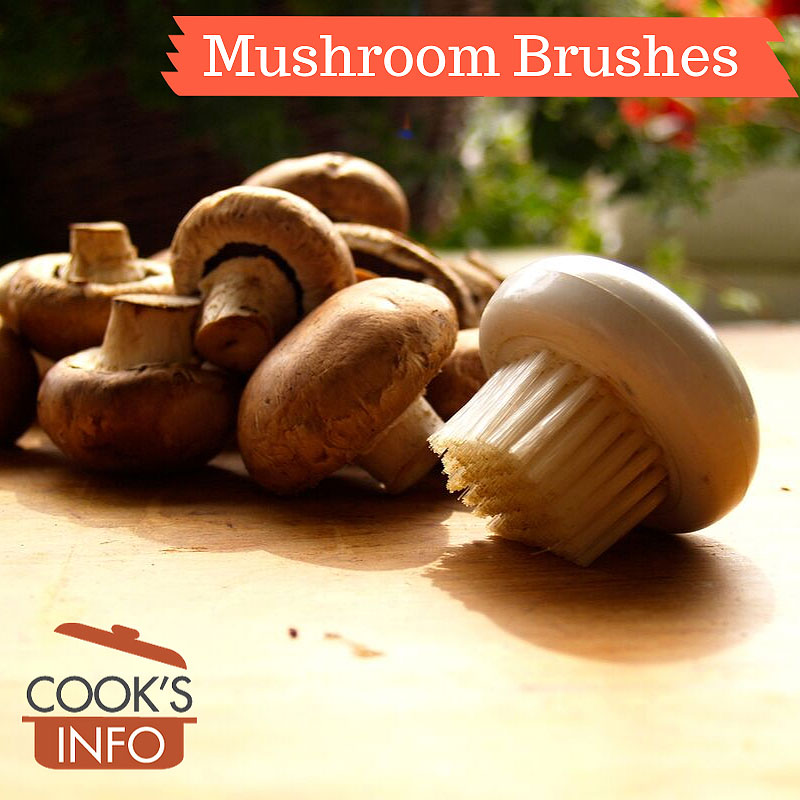 A mushroom brush is a inexpensive kitchen tool for cleaning mushrooms and other delicate food items.

The bristles are usually a synthetic material such as nylon, but you can also get natural. The bristles will be very soft, so that they don’t scrape off or gouge the skin of the mushroom. A toothbrush would be too strong (aside from the fact that you wouldn’t want to use something that was routinely in someone’s mouth.)

The brushes can be round or rectangular. The cap of the brush usually doubles as the handle. You may, though, see a few with actual long handles.

The brushes are washable.

Commercially, mushrooms are grown on top of sterilized compost made from manure. Bits of that can get stuck onto the skin of a mushroom. The purpose of a mushroom brush with mushrooms was to get apparent “dirt” such as that growing material off them in a way that didn’t involve water, owing to the persistent myth that mushrooms shouldn’t be washed with water, as they would absorb water.

The advice these days is to just go ahead and wash mushrooms.

“I was skeptical about the mushrooms-absorb-water idea and so did the soaking experiments with standard white mushrooms for “The Curious Cook” back in 1990. I’ve since tried a number of others, and if you make sure to shake the water out of the nooks, fresh mushrooms absorb little if any water. I’d also say that since they’re already around 90% water, a little more or less isn’t going to make much of a practical difference in the subsequent cooking. Now losing flavor to the water is a different question, and it’s possible that you might lose savory amino acids (aroma molecules tend not to be soluble in water). Even here, though, the amino acids are inside cells, and most cells are not going to be breached by surface exposure to water. So I wash my mushrooms with a clear conscience.” — McGee, Harold. [1]McGee, Harold. Thread: A clean ‘shroom is a happy ‘shroom. Cheftalk.com Cooking Forums. 14 December 2005. Retrieved August 2010 from http://www.cheftalk.com/forum/thread/15774/a-clean-shroom-is-a-happy-shroom

The chef Jacques Pepin and the TV personality Alton Brown also back McGee on this.

And there’s probably not too much doubt that food safety professionals today would recommend washing mushrooms. Their worry would probably not necessarily be a visible speck of “dirt”, as it would be listeria, salmonella, and all kinds of other nasties that mushrooms could be cross-contaminated with in transit at food depots after leaving their sterile growing environments.

There is literally nothing, though, which says you cannot use your mushroom brush as an aid while washing your mushrooms, thereby getting off both unseen contaminants and visible dirt.

To clean rehydrated mushrooms, rub the pieces with your fingers, then rinse.

Cloake, Felicity. Should you wash mushrooms? Manchester: The Guardian. 18 January 2010. 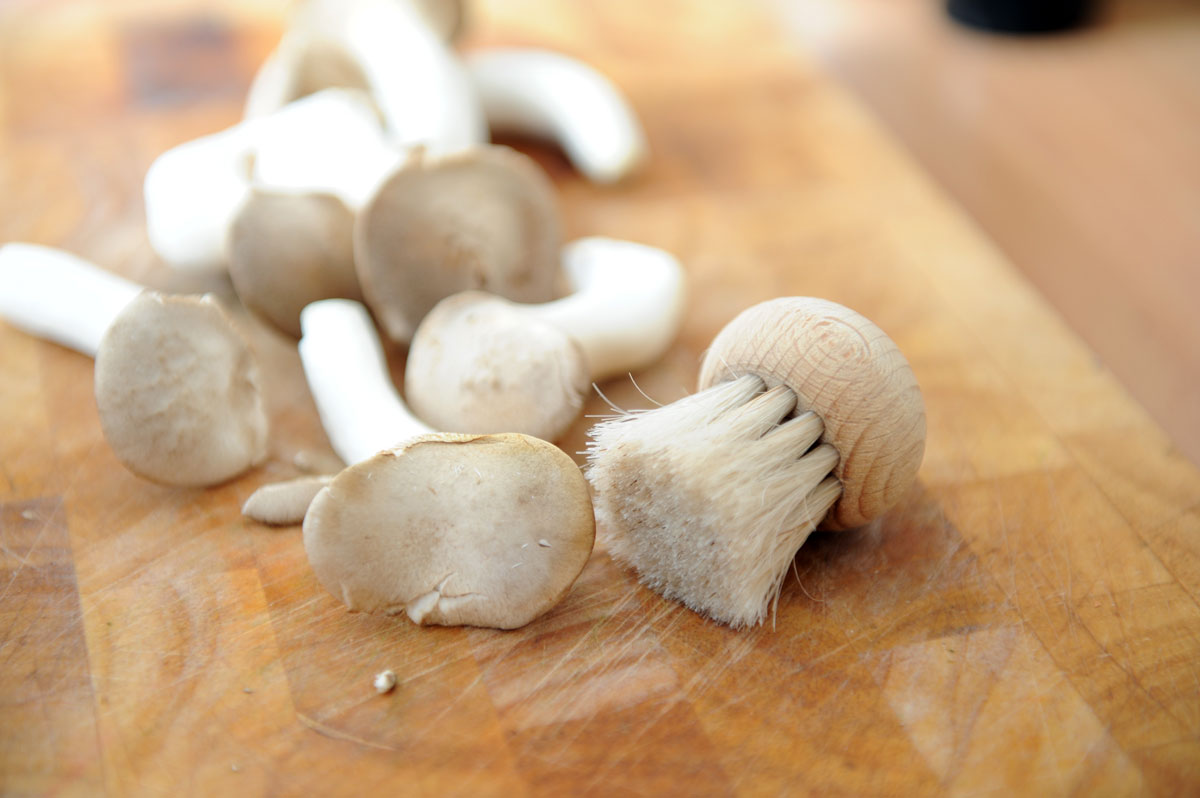 This web site generates income from affiliated links and ads at no cost to you to fund continued research · Information on this site is Copyright © 2022· Feel free to cite correctly, but copying whole pages for your website is content theft and will be DCMA'd.
Tagged With: Brushes