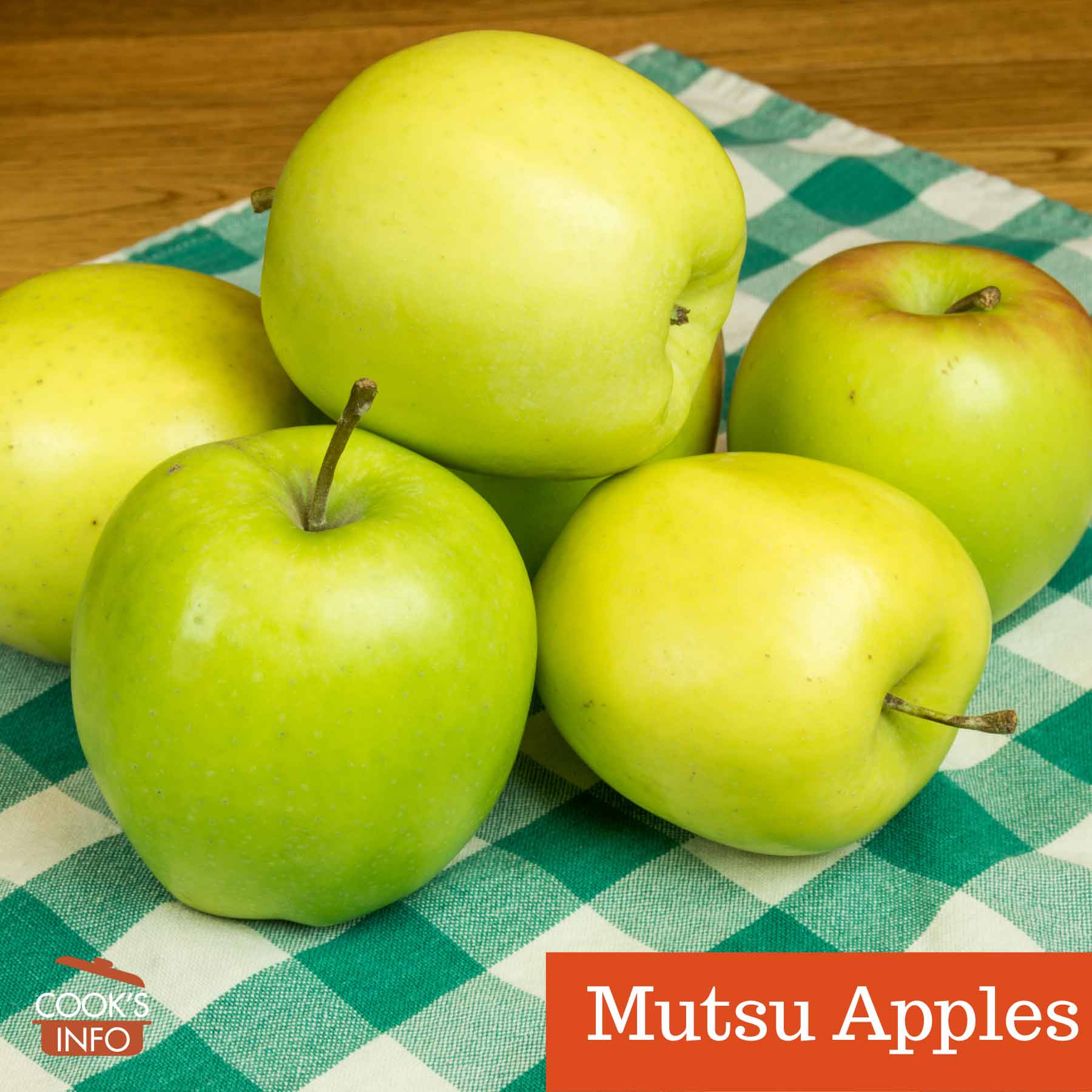 Mutsu (aka Crispin) apples are large, firm apples, prized by cooks in-the-know for holding their shape during cooking, and having good balanced flavour as well.

Mutsu (aka Crispin) apples are large with an irregular shape. The waxy, shiny skin is green ripening to yellowish, with a copper blush sometimes.

Inside, the creamy-white, coarse flesh is dense, firm, crispy and very juicy. 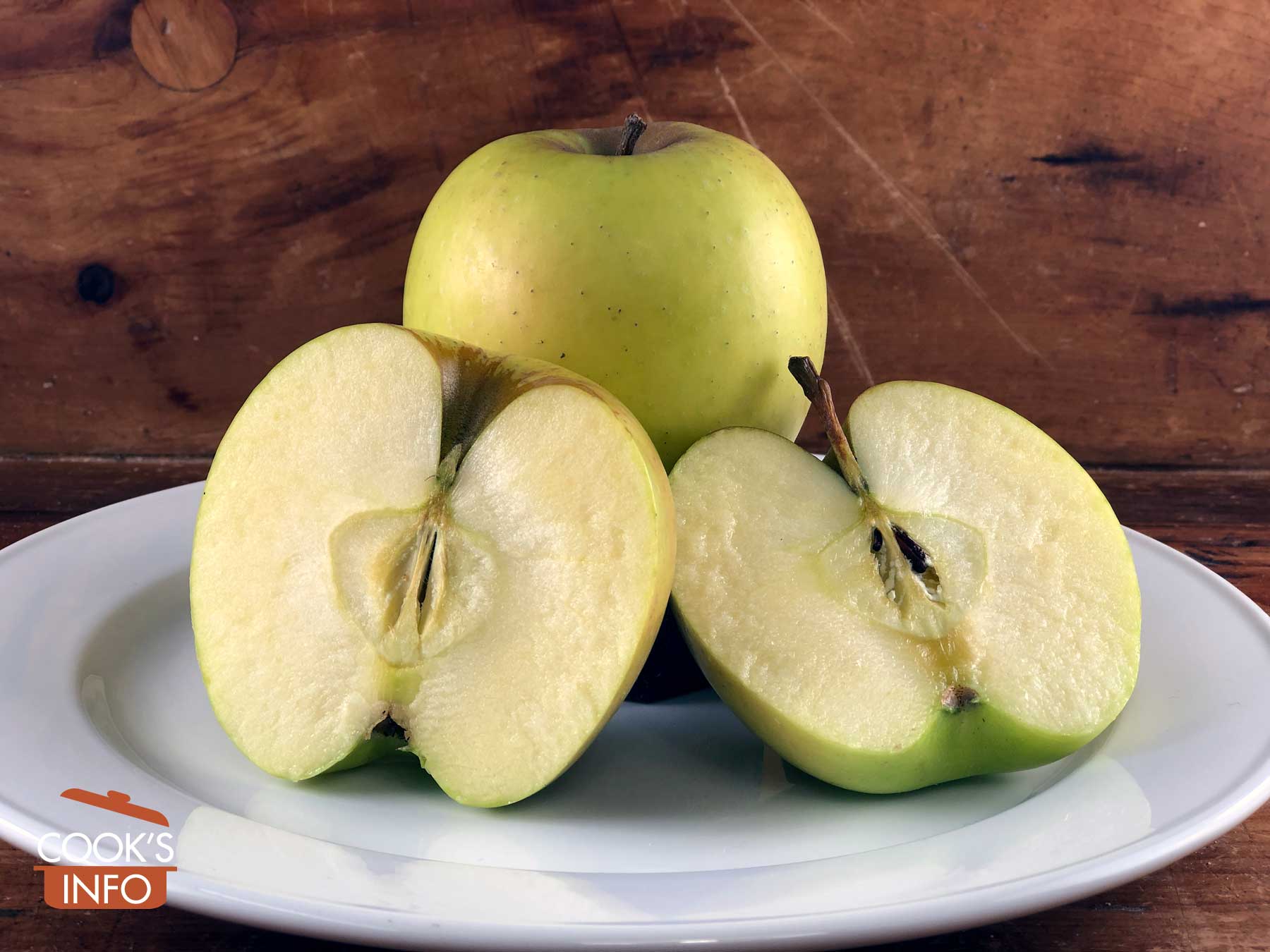 In Japan, paper bags are often put over each apple as it grows to intensify the yellow colour, but that also weakens the flavour.

Mutsu apples retain their shape well when cooked, thus they are good for pies and for home canning as apple slices. They are particularly a good choice if you want to make an open-faced French style apple pie and have the apple slices stay distinct and presentable.

Some like Mutsu apples for cider making. They are also well-liked as a fresh-eating apple. 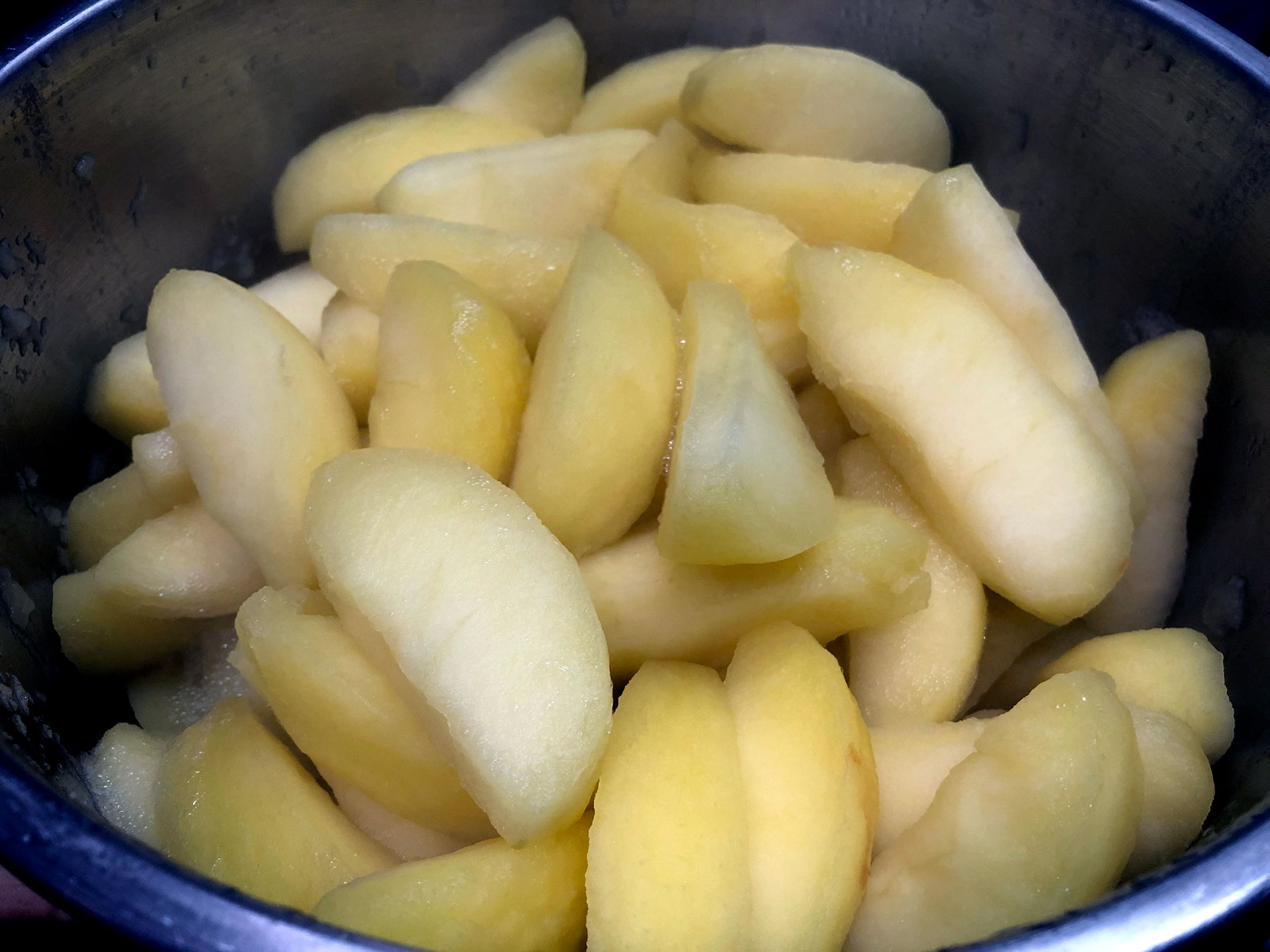 Mutsu apples were developed at Aomori Research Station, Kurioshi, Japan in 1937 from a cross between Golden Delicious and Indo apples. Introduced into North America in 1948.

Aomori, where the apples were developed in Japan, used to be part of what was called Mutsu province, thus the name.

Mutsu was renamed as “Crispin” in 1968 in the UK; North America followed their lead in the 1980s, though many people in North America still refer to it as Mutsu because their apple growers and Asian green grocers still do.