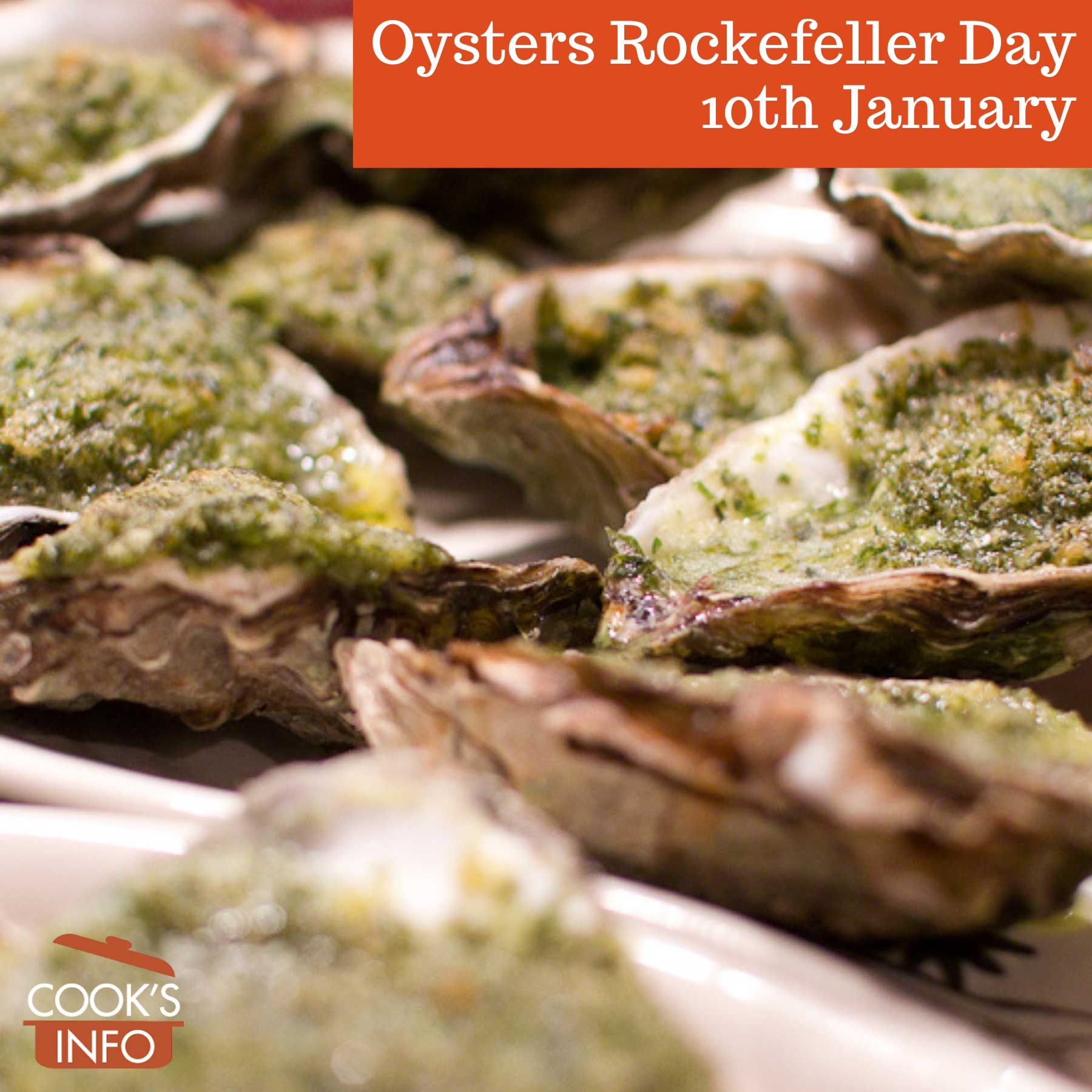 The 10th of January is Oysters Rockefeller Day.

Though the actual original recipe for Oysters Rockefeller is kept secret by Antoine’s Restaurant in New Orleans, where it was invented, there are some copy-cat recipes floating around.

You could make some at home or treat yourself to some at a meal out — maybe even at Antoine’s if you are lucky enough to be in New Orleans and be able to get a reservation for this day!

In 2016, Antoine’s worked with the web site “National Day Calendar” to promote the day as such. The first actual occurrence was in 2017.

“Antoine’s is pleased to announce that the legendary mollusk dish has been granted its very own commemorative day by the National Day Calendar. National Oysters Rockefeller Day will be officially recognized on January 10 of each year beginning in 2017” [1]Lovell, Larry. Antoine’s Announces National Oysters Rockefeller Day. 5 December 2016. Accessed August 2018 at
http://www.neworleansonline.com/pr/releases/releases/Antoine_s%20Oysters%20Rockefeller%20Day%20.pdf

In 2017, the first year, the restaurant gave customers (at both lunch and dinner) a complimentary order of Oysters Rockefeller.

In 2017, they estimated they had served the dish at least 4.5 million times in its history.

This web site generates income from affiliated links and ads at no cost to you to fund continued research · Information on this site is Copyright © 2023· Feel free to cite correctly, but copying whole pages for your website is content theft and will be DCMA'd.
Tagged With: Oysters