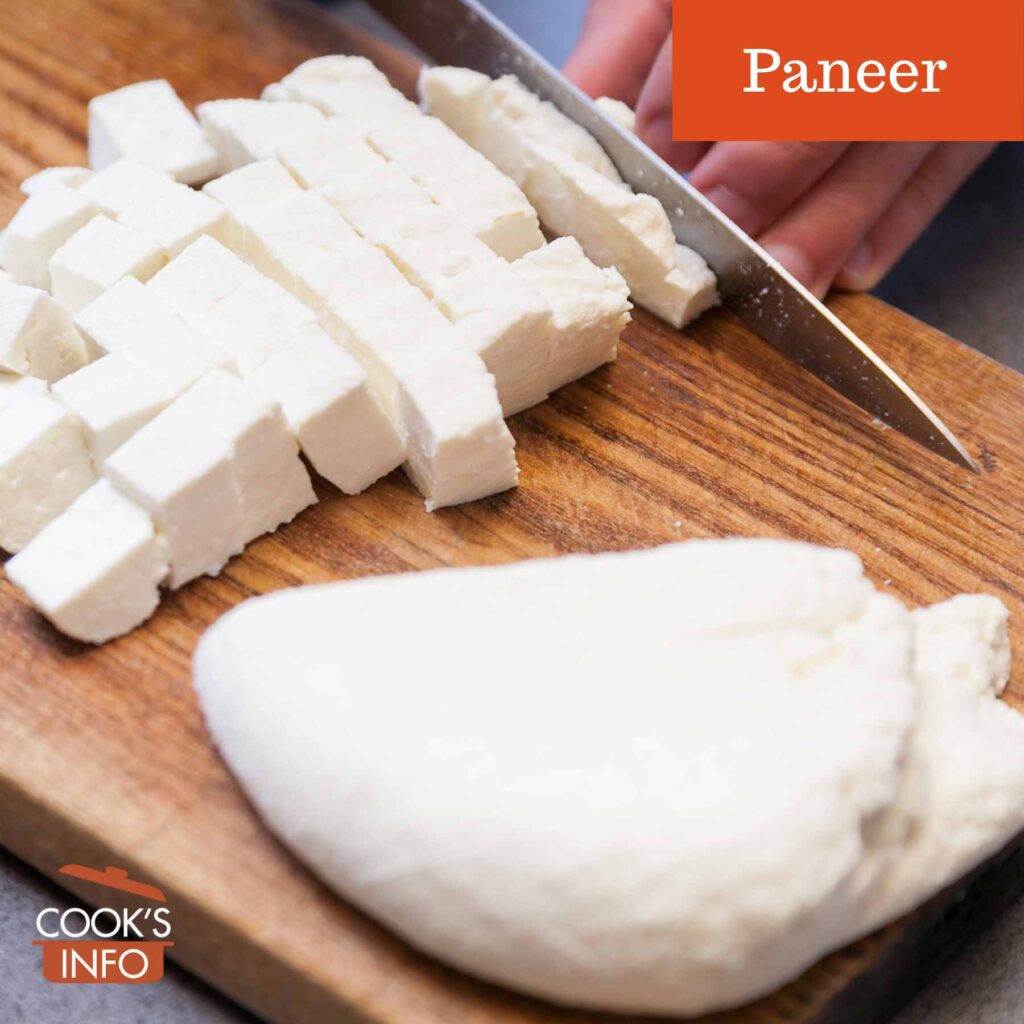 Cutting paneer into pieces on a wooden board. Liubomirt / Getty Images via Canva Pro.

Paneer is a soft, fresh white cheese made in India, and very commonly made at home there.

It is a fresh, unaged cheese. It’s essentially just curds from curdled milk, which are then pressed.

It is used as an ingredient in both savoury and sweet dishes.

It does not melt, but rather will brown when cooked. It has a bland flavour — not even salt is added when making it — but it absorbs other flavours well. 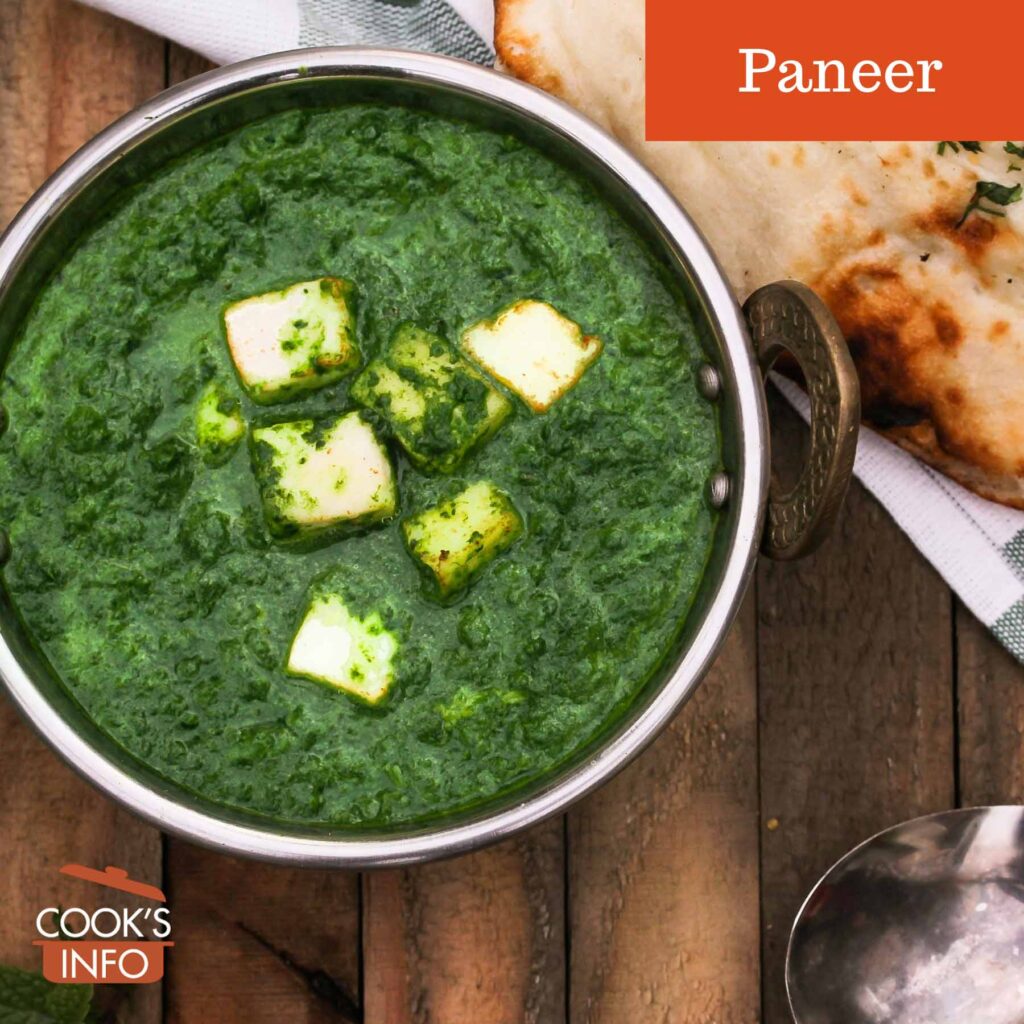 Drain it through a cheesecloth with a press on it for 20 to 40 minutes. It can be pressed longer for a firmer paneer that is better for cutting into cubes.

Store covered in fresh water for up to a week in refrigerator.

Milk drained off in the making of paneer can be used in other dishes such as curry sauces, liquid for bread doughs, cooking rice in, etc.

Called “Cheena” or “Chhana” in Bengali.

Also transliterated as “panir” in English. 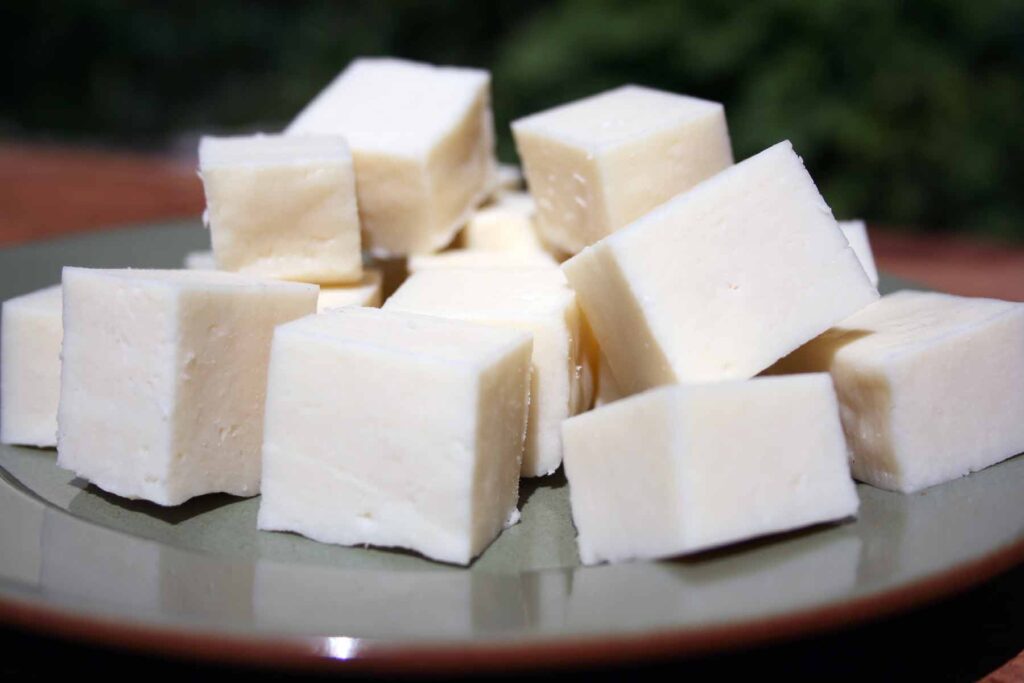