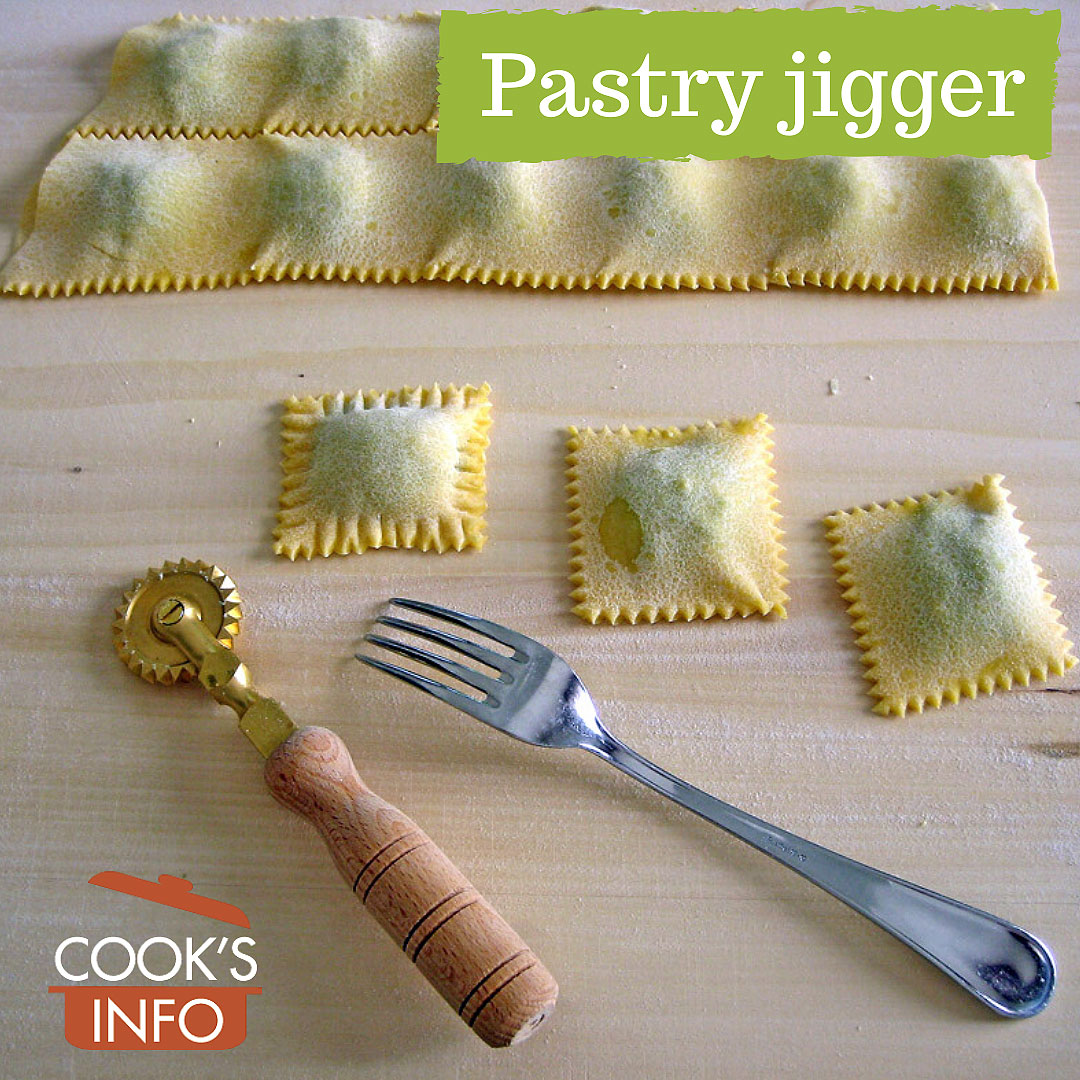 Made since at least the 1500s, a pastry jigger (aka pastry crimper, aka jagging wheel) is designed to put a decorative edge on pastries. The edge is usually “jiggedy” (or “jaggedy”, if you prefer), but can also be used to create square or circular marks.

That being said, most pastry jiggers made now are wheels with ridges in them, designed to put a decorative edge on pastry, while cutting it out at the same time, thus combining the functionality of the two devices. Thus, the term “pastry jigger” is often now confused / used interchangeably with “pastry wheel”.

But there have been in the past pastry jiggers made that weren’t designed to cut pastry, but rather just to mark it — to “jig” the edge — without cutting it.

Crimp the edges of a pastry by pinching it with your fingers; or use the tines of a fork. 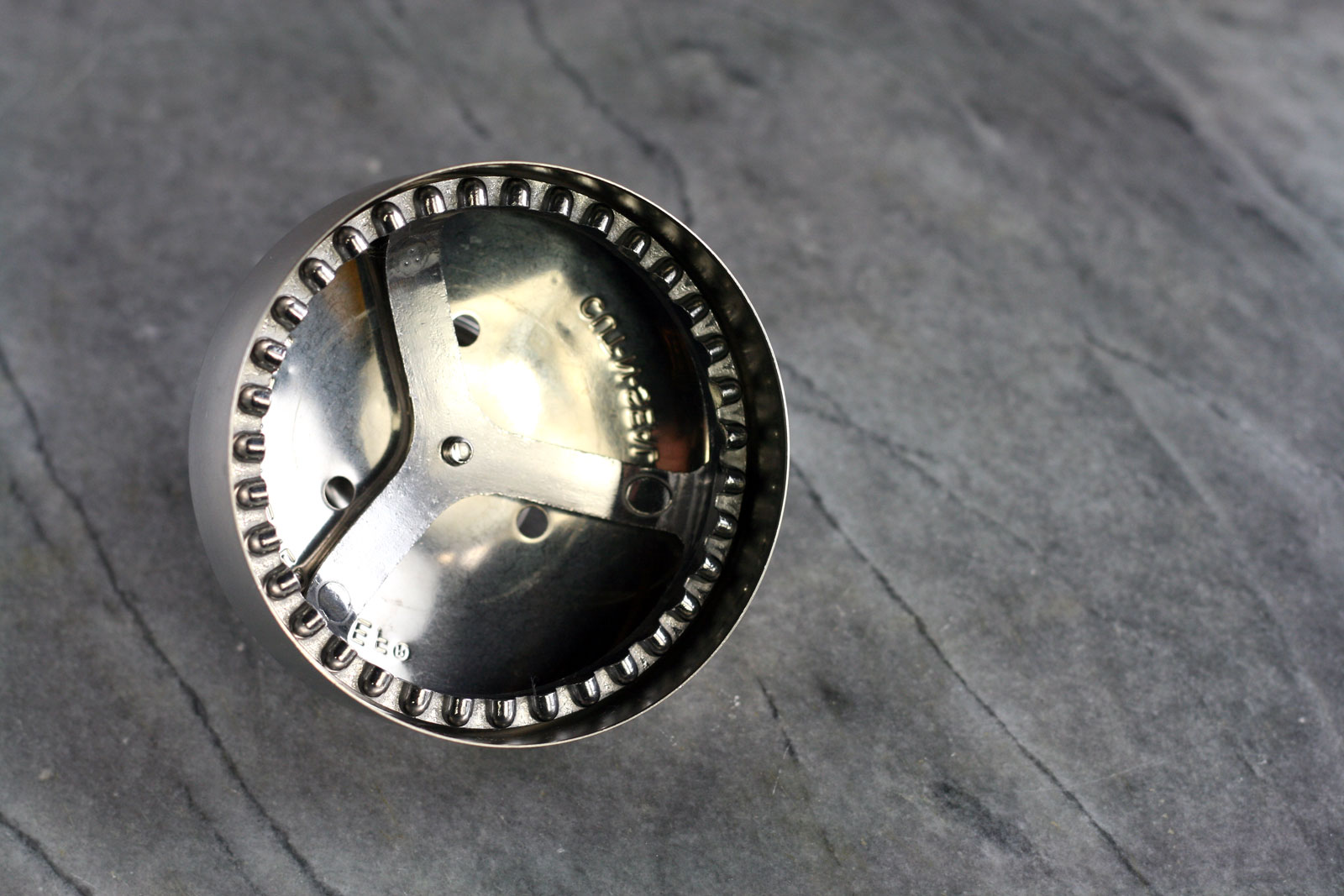 By the 1500s, devices which combined the functionality of pastry jiggers with pastry wheels were appearing. 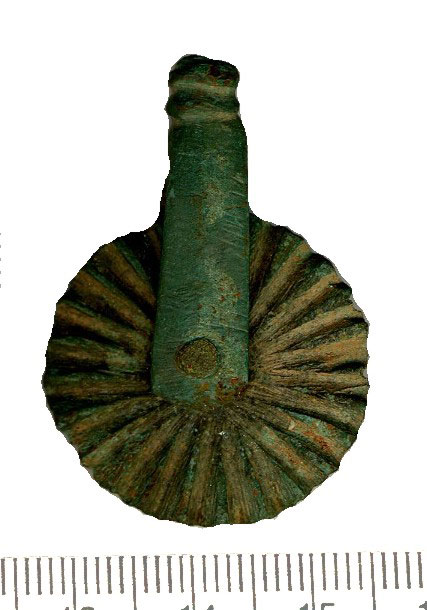 Some early American ones, often carved from wood or whalebone as a pastime, would have given the pastry cook a choice of two or three different tool ends to use, such as a wheel that marked squares, one that left a wavy edge, one that simply cut a plain edge, or one that was a fork tine.

Antique ones are now collectibles. 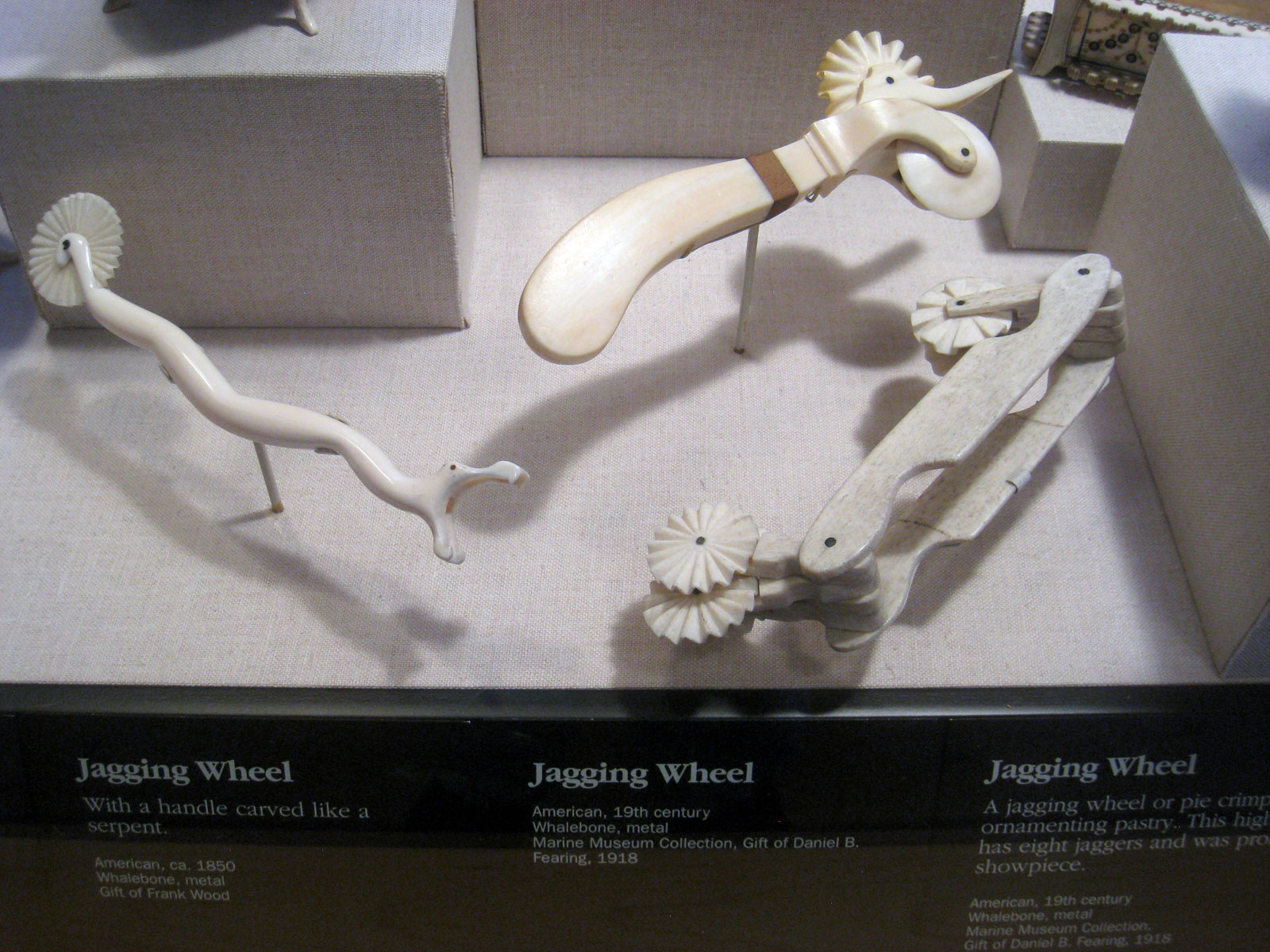 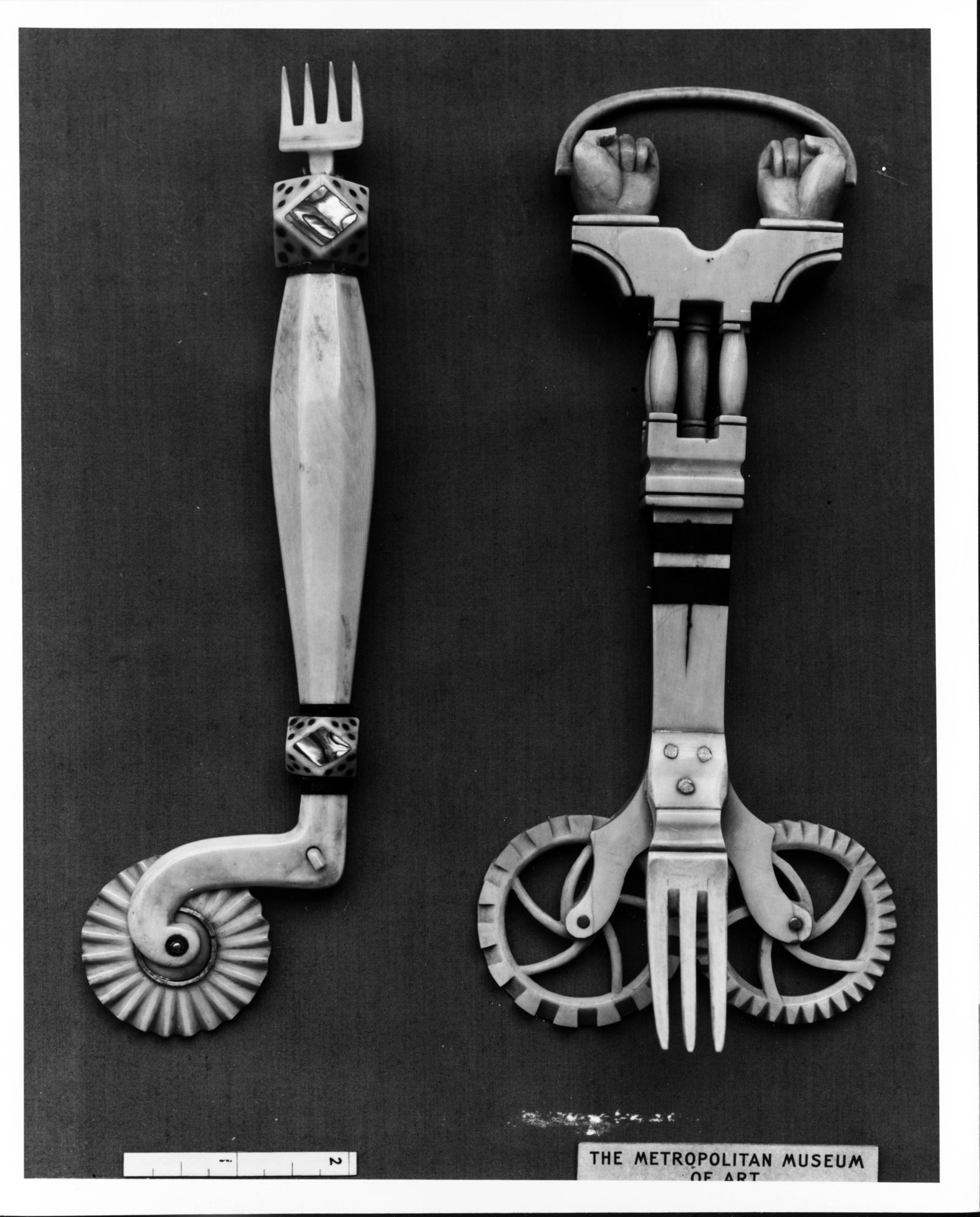 This web site generates income from affiliated links and ads at no cost to you to fund continued research · Information on this site is Copyright © 2021· Feel free to cite correctly, but copying whole pages for your website is content theft and will be DCMA'd.
Tagged With: Baking, Cutters, Pastry, Pastry Wheels