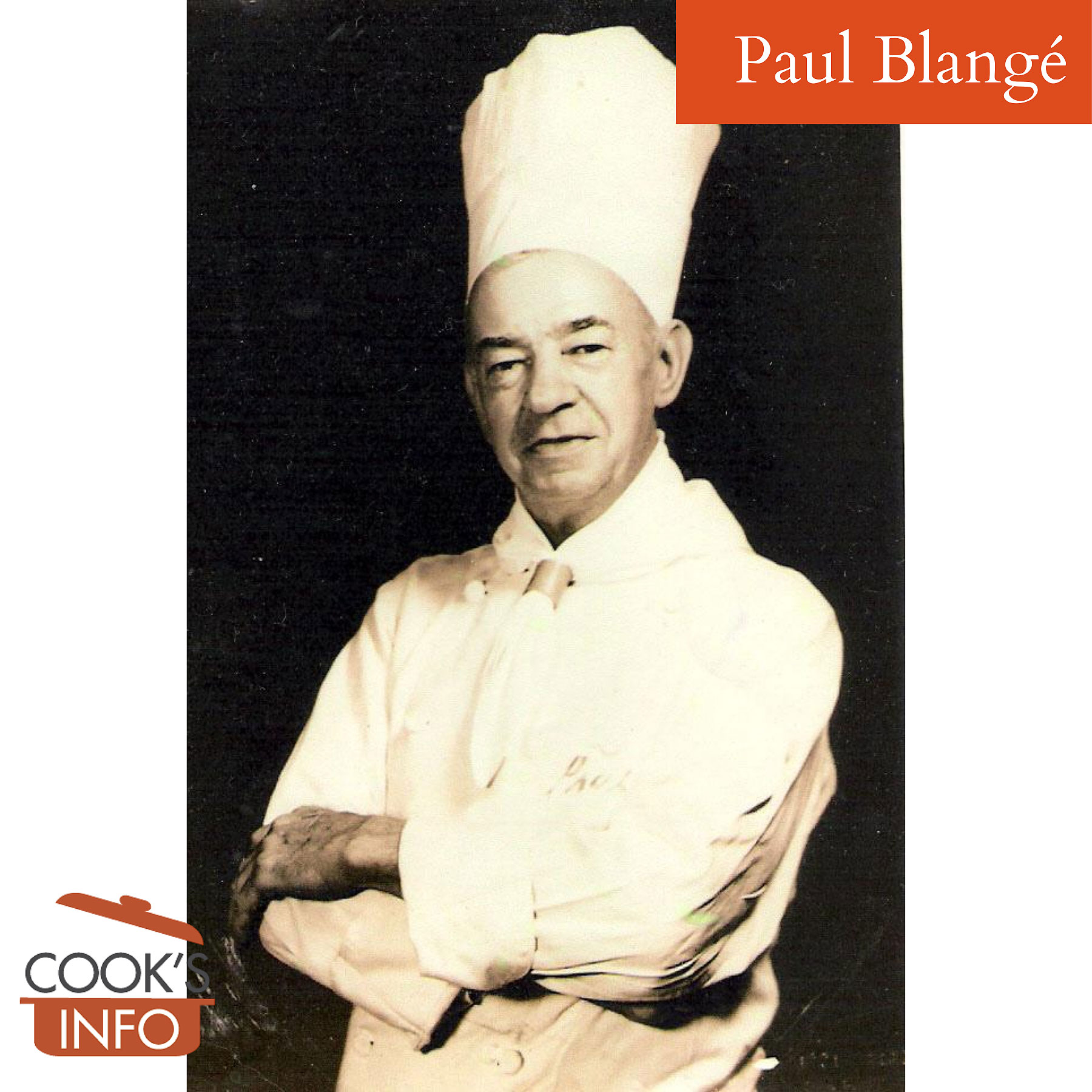 Paul Blangé (1900 to 1977) was the Executive Chef at Brennan’s Restaurant in New Orleans, Louisiana.

He created Bananas Foster, Eggs Hussarde and Chicken Pontalba at Brennan’s, and was a regular for years on the Midday programme on WDSU TV.

His name became synonymous with good food and fine dining in New Orleans; he was often called upon to appear at events as an ambassador for the town. [1]Events such as at the National Federation of Press Women, New Orleans, August 1970.

He started at Brennan’s in 1946, working for Owen Edward Brennan Sr. first at their original location on Bourbon Street, and then later at 417 Royal Street. [2] “In 1946 [Owen Edward Brennan] opened Owen Brennan’s Vieux Carré Restaurant on Bourbon Street, where Bananas Foster, Breakfast at Brennan’s, and history were made in the process. After a successful decade of business and Owen’s untimely passing, the restaurant moved to its present quarters… at 417 Royal Street.”

Blangé died in 1977. When he was buried, on his chest were placed a knife, fork and a menu from Brennan’s Restaurant. He has since been identified by “paranormal psychologists” as being one of the ghosts who haunts the restaurant now.

Blangé was married twice; his second marriage was to Margaret Theresa Martin (died 1983.)

Chefs that trained under Paul include the two that were to succeed him at the restaurant:

“Arizona Press Women found Creole cookery a savory fringe benefit while attending the National Federation of Press Women in this city famous for its fine food….. ‘Go to Brennan’s for morning brunch,’ one silver-haired Louisiana scribe advised this reporter. ‘Have yourself a milk punch, then order eggs Benedict and top it off with crepes Fitzgerald. You’ll know you’ve been to New Orleans.’ Famed chef Paul Blange of Brennan’s Restaurant whet the appetites of press women by preparing Bananas Foster in an on-the-spot demonstration for a food editors’ panel at convention headquarters, in the Hotel Monteleone…. Paul Blange, born in 1900 in Holland, has been associated with Brennan’s since 1946. Now partially retired, he appears every Wednesday noon on a television show here [Ed: Midday programme on WDSU TV], preparing dishes that will appear on Brennan’s menu that day. Blange has made several trips to the White House for special occasions to prepare dishes for presidents, and was named by Look Magazine as one of the seven top chefs in the U.S.” — Thelma Heatwhole. Creole cookery is a savory fringe benefit in New Orleans. Phoenix, Arizona: The Arizona Republic. 26 August 1970. Page 56.