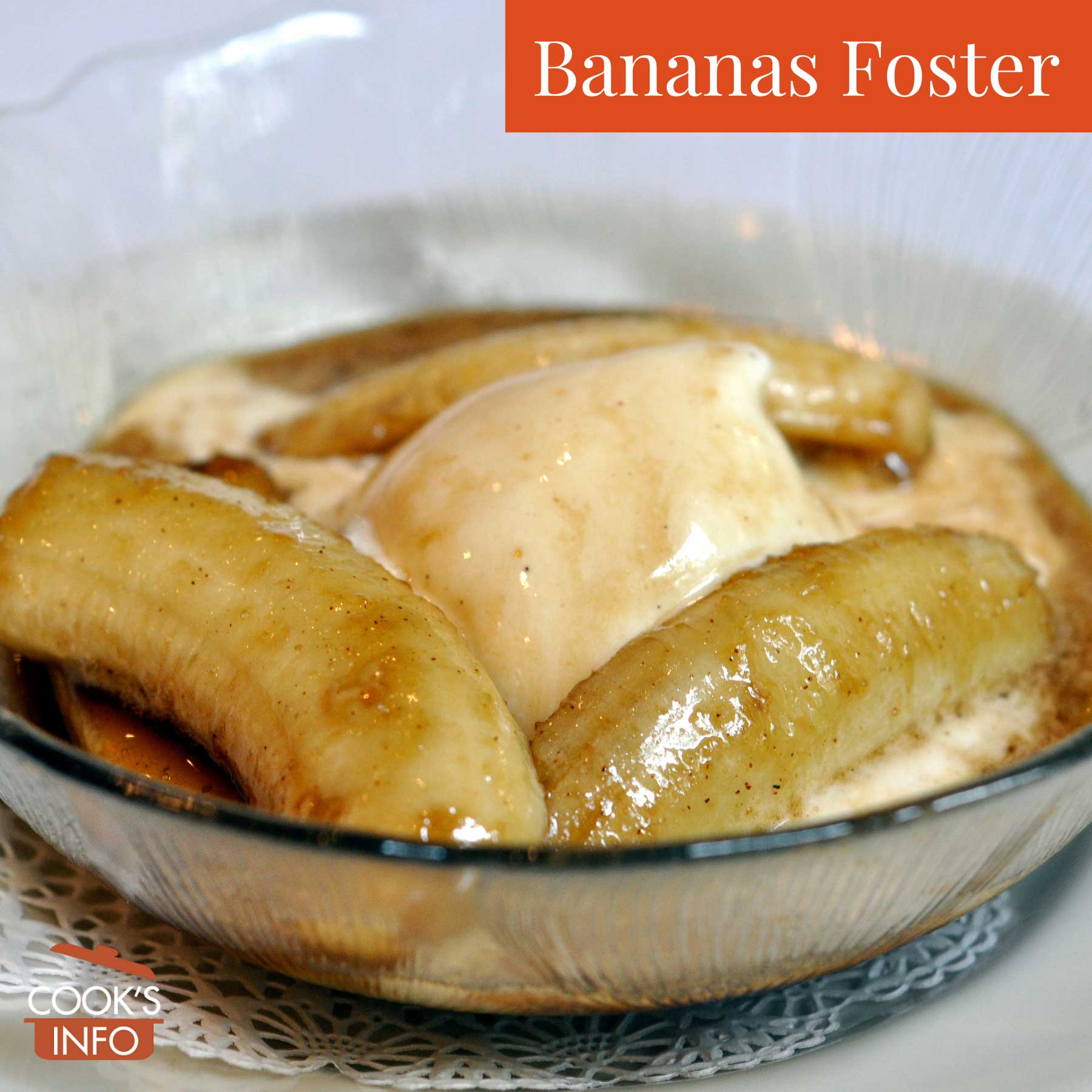 Bananas Foster is a dessert. It is served warm, à la mode.

To make Bananas Foster, bananas are peeled, sliced lengthwise in half, and sautéed in a heated mixture of melted butter, brown sugar, vanilla extract, and banana liqueur for about 5 minutes. When they are heated, flaming rum is poured over top. The sautéed bananas are then set on top of a portion of ice cream, and drizzled with the sauce from the pan to serve.

Bananas Foster was created at a restaurant called Owen Brennan’s French & Creole Restaurant (aka Owen Brennan’s Vieux Carré.) This was the old Brennan’s on Bourbon Street, New Orleans, Louisiana, US, not the current (2020) one at 417 Royal Street. The Royal Street restaurant wasn’t opened until the spring of 1956. The owner was Owen Edward Brennan; his chef was Paul Blangé (who was actually Dutch.)

In 1951, Holiday Magazine asked Brennan for a recipe to accompany an article they were doing on his restaurant.

New Orleans used to be an important port for bananas coming into America. Brennan was a member of the New Orleans Tourist Commission, and the city’s Chamber of Commerce, and wanted to promote bananas.

Blangé created the dessert in response to the request. It was named after a good customer and a friend of Brennan’s, Richard Foster (owner of the Foster Awning Company.) Brennan and Foster both served on the New Orleans Crime Commission.

To this day, Bananas Foster remains one of the most-requested items on the restaurant’s menu, and the restaurant goes through over 16,000 kg (35,000 pounds. 2015 numbers) a year to meet the request. [1]”Every year 35,000 pounds of bananas…” Recipe: Brennan’s Bananas Foster. 21 November 2015. CBS News. Accessed June 2020 at https://www.cbsnews.com/news/recipe-brennans-bananas-foster/ 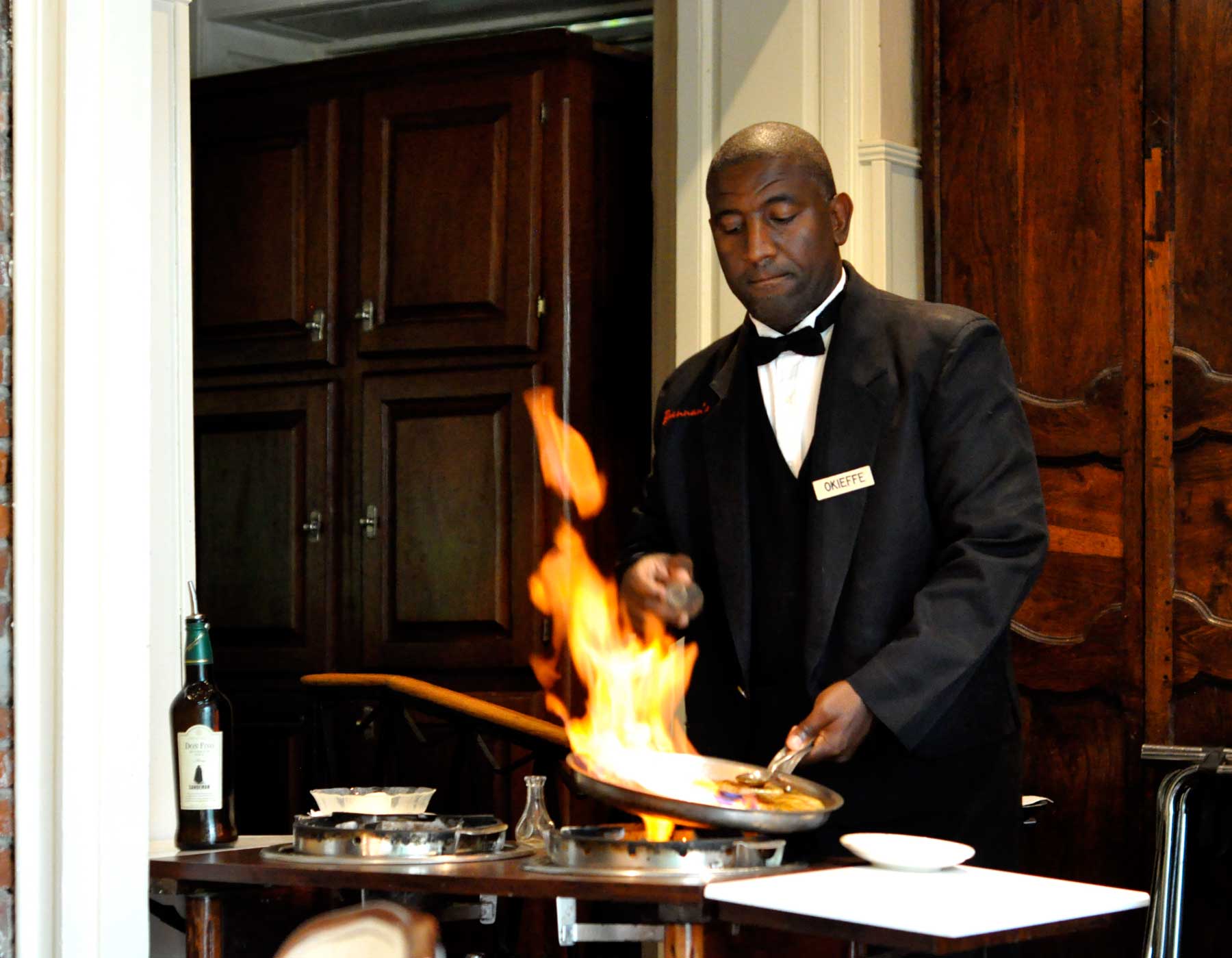 This web site generates income from affiliated links and ads at no cost to you to fund continued research · Information on this site is Copyright © 2022· Feel free to cite correctly, but copying whole pages for your website is content theft and will be DCMA'd.
Tagged With: American Food, Bananas, Creole Food