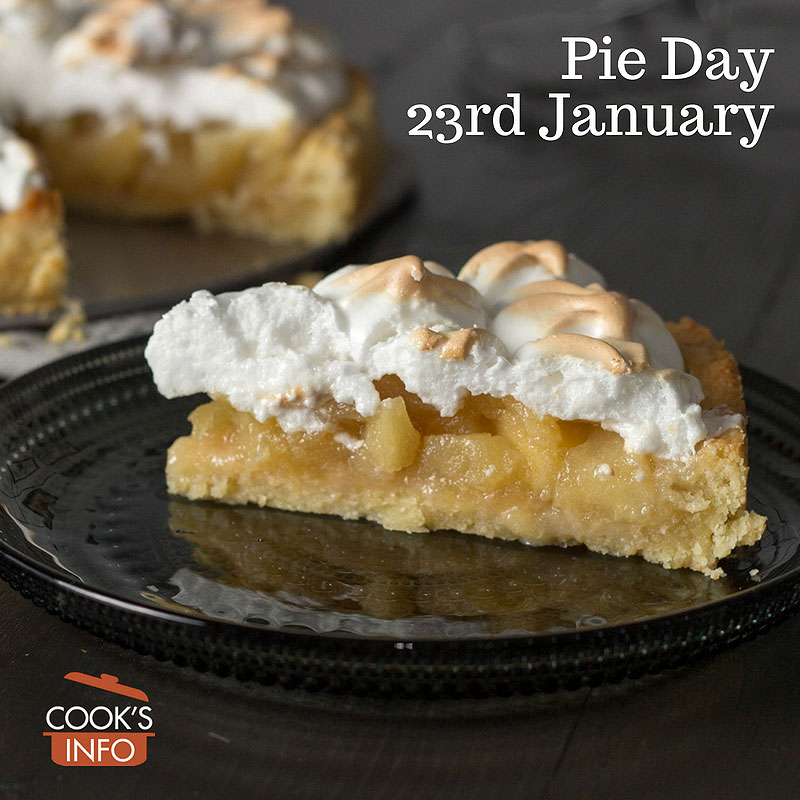 The 23rd of January is National Pie Day in America, sponsored by the American Pie Council, to encourage people to make and eat pies.

They hold a pie contest each year (though the contest itself is not in January, it seems: in 2006, it was in April.)

Today, you could treat a friend to a piece of pie at your favourite coffee shop or diner, pick up a pie at a bakery, or even make one!

You can even have a pie for lunch or dinner — remember, pies can be sweet or savoury. In fact, if you’re in the northern hemisphere where it’s cold, and are just barely recovering from the excess of sweets over the holidays, then consider perhaps a meat pie.

The earliest print mention we’ve been able to find of Pie Day occurred in January 1984.

Reputedly, we owe the day to a man named Charlie Papazian:

“In 2018, National Pie Day falls on a Tuesday, which may or may not be the excuse you need to enjoy a slice or two on an otherwise ordinary weekday. In any case, you can thank Charlie Papazian, an American nuclear engineer, craft beer brewer, and author, who is credited with creating the food holiday in the 1970s after he declared his birthday to be National Pie Day. Really, he just up and proclaimed the date as a national celebration of pie.” [1]Merevick, Tony. Today is Pi Day, Not Pie Day. Here’s the Difference. Thrillist web site. 14 March 2018. Accessed March 2021 at https://www.thrillist.com/news/nation/national-pie-day-vs-national-pi-day

“The American Pie Council… has sponsored the holiday since 1986. “January 23rd is National Pie Day, a time to celebrate the day with pie,” the council states on its website. “… We are encouraging pie lovers everywhere to host pie parties across the country. Whether it be with your friends, family, or co-workers, share some pie on January 23rd.” [3]Merevick, Tony. Today is Pi Day, Not Pie Day. Here’s the Difference. Thrillist web site. 14 March 2018. Accessed March 2021 at https://www.thrillist.com/news/nation/national-pie-day-vs-national-pi-day

In 2014, the American Pie Council partnered with Paramount Pictures to promote Pie Day as part of the promotion for the film “Labor Day” which they were releasing a week after Pie Day that year. The film has a pie-making scene in it with Josh Brolin and Kate Winslet. [4]Khatchatourian, Maane. ‘Labor Day’ Partners with American Pie Council for National Pie Day. Los Angeles, Califoria: Variety Magazine. 15 January 2014. Accessed December 2021 at https://variety.com/2014/film/news/labor-day-national-pie-day-1201059145/ 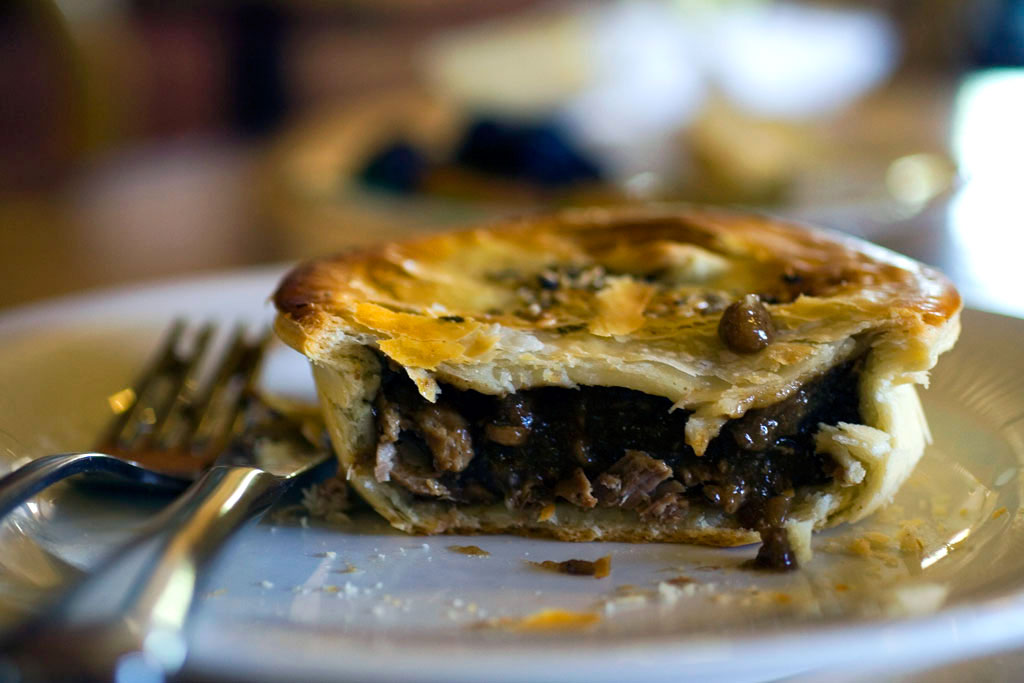 This web site generates income from affiliated links and ads at no cost to you to fund continued research · Information on this site is Copyright © 2023· Feel free to cite correctly, but copying whole pages for your website is content theft and will be DCMA'd.
Tagged With: Pies & Tarts