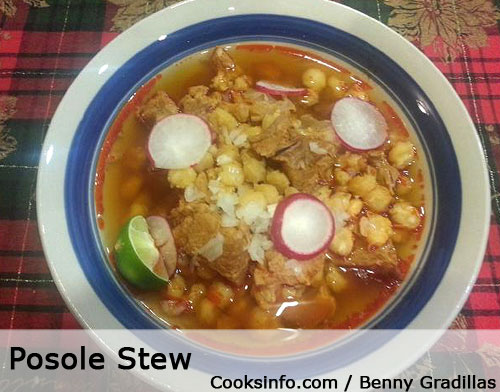 A Posole is a Mexican stew that has posole corn as its base. Meat, chiles, herbs and vegetables are usually added.

To be completely authentic, a pig’s head should be used as the meat (the ears were considered a delicacy.) Recipes nowadays, however, just use pork and/or chicken.

The posole corn is soaked overnight, then hardier ingredients such as the meat are added right at the beginning of starting to actually cook the corn. The stews are simmered for around six hours, with other ingredients being added further along.

A bowl of posole stew is a Christmas Eve tradition in Mexico.