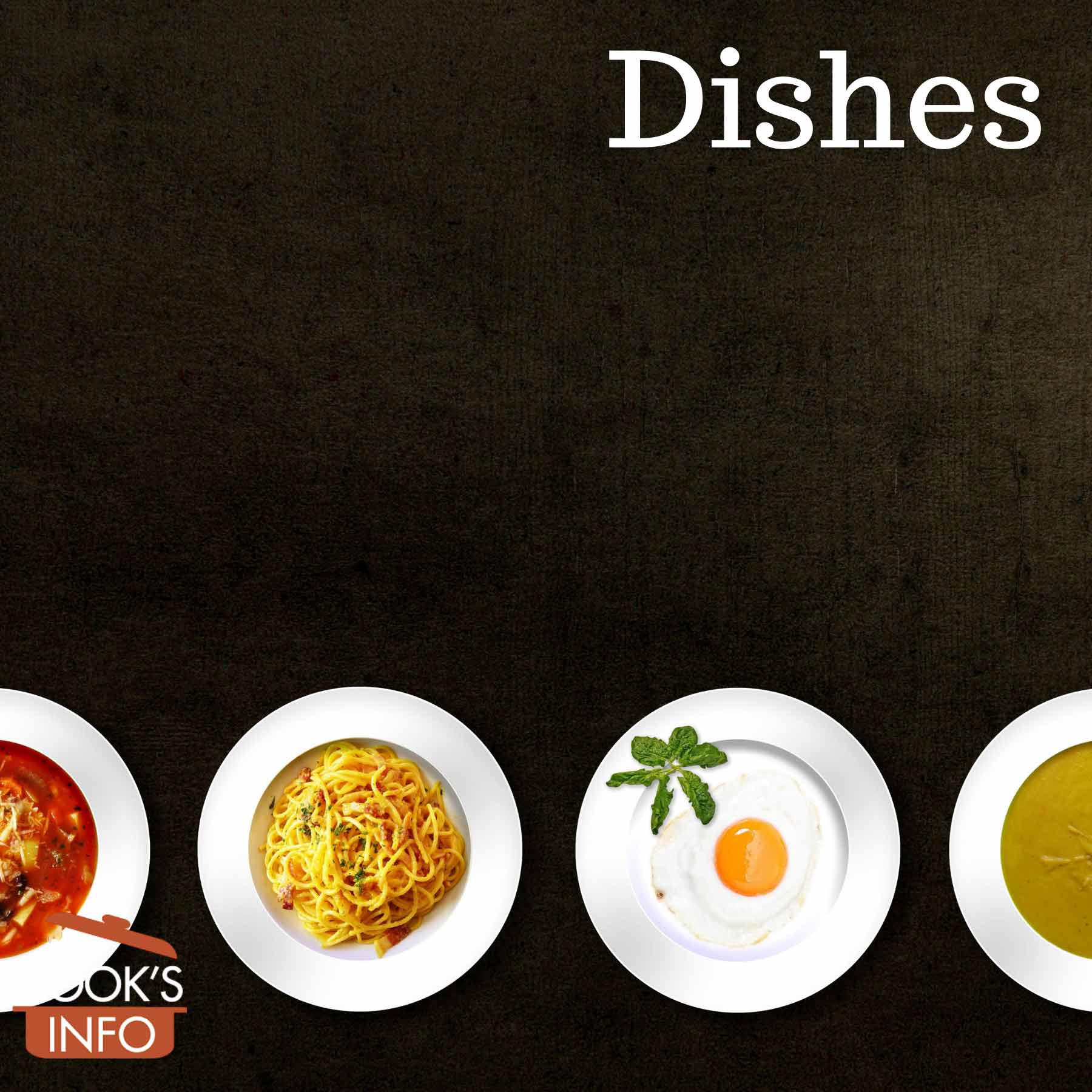 In food terminology, a dish is a prepared, assembled item of food, completely ready to be served and eaten, whether with cutlery or out of hand.

A dish is prepared via a set of directions contained in a recipe, even if the recipe is informal and even if is not written down. For instance, ice cream with chocolate syrup and nuts on it can be considered a dish, though it requires no recipe.

Most dishes are given distinct names or descriptors to distinguish them from other dishes. The names usually focus on the main ingredient in the dish, though not always. Sometimes the name of a dish may include a geographic location or the name of a person, to emphasize the association of the dish with a place or person.

Western cuisine has the concept of dishes served at separate times, and of dishes more and less important than others. We have starter dishes, main dishes, side dishes, and dessert dishes. This comes from the revolution in thinking about meals that came about in France during the 1600s. Many other cuisines don’t have that hierarchy of dishes.

A starter dish is a small portion of a food item, served as an introduction to a meal. It may be a soup, a salad, or something to nibble on.

A main dish is the primary dish of a meal, around which the meal is built. It is usually meat or fish, or something like a casserole with meat or fish in it, and is usually accompanied by one or more side dishes.

A dessert dish is a final food item served at the end of the meal. It is usually a prepared sweet in the English-speaking world, such as cake, pie or pudding; in other cuisines such as French, it may be a cheese selection or fruit.

Dishes aren’t just classified by their place in a meal, though: they can also be grouped in various categories that have nothing to do with meal placement, such as egg dishes, Italian dishes, etc.

Some countries have dishes that are associated with them nationally or internationally as “national dishes.” The associations aren’t always necessarily flattering, or accurate. For instance, America would probably rather not have a hotdog and fries associated with it as a national dish when the association displaces other non fast-food dishes in the popular mind. And while English speakers might suggest that “French Onion Soup” is a national dish of France, someone from France might put forward Pot-au-Feu, or some kind of crepe dish.

National dishes tend to use ingredients from that country, and be a staple food eaten often by the people there. Rarely is a national dish enshrined in law, though legislatures may pass a resolution (usually upon the urging of a certain group of food producers) paying homage to a certain dish.

Some national dishes are shared between nations. For instance, both Lebanon and Syria claim kibbeh to be theirs, and both Québécois and Acadians claim “poutine” as a national food, though they make it in completely different forms.

Some countries such as France, Mexico, China, etc have such a broadly diversified cuisine that it is pretty much impossible to categorically state that such and such dishes are national items; it’s a easier task with such countries to list regional dishes within those countries.

Some cultures serve the same dish differently. Italians serve pasta and risotto as a starter dish to the meal; in the English speaking world, pasta and risotto have been made into a main course dish (in larger portions.)

In Asian food, a Westerner might think a dish with the most meat in it is the most important dish, whereas the actual concept is that it’s the rice that is the main dish, and everything else just an accompaniment.

National dishes started assuming particular importance with the advent of nationalism in Europe in the late 1700s, and the birth of the idea of the nation state in the early 1800s. They became a way of distinguishing one group of people from another, and a tool to help enforce the idea of a unified people around their culture including food.

The Austro-Hungarian empire had a culinary identity problem in this regard, as there were distinct Austrian dishes and distinct Hungarian dishes, not to mention distinct dishes for all the other nations within the empire. The different dishes came to be a way that one group of people (such as the Czechs) used to distinguish and advocate for their separate identity from someone else in the empire (such as the Milanese or the Croatians.)

The use of the word “dish” to mean a food has its origin in the container that a food is served in, which is to say, a physical dish. This word ultimately comes from the Classical Greek “diskos” meaning “disk or platter”, which passed into Latin as “discus” with the same meanings. Its use in English to mean a type of food started happening around 1450. “Proverbs in MS Douce 52”, page 45: “After mete disshes ben rybe….”

This article is about the food item called a dish; for the items that food is served on or in, see the separate entry on tableware.