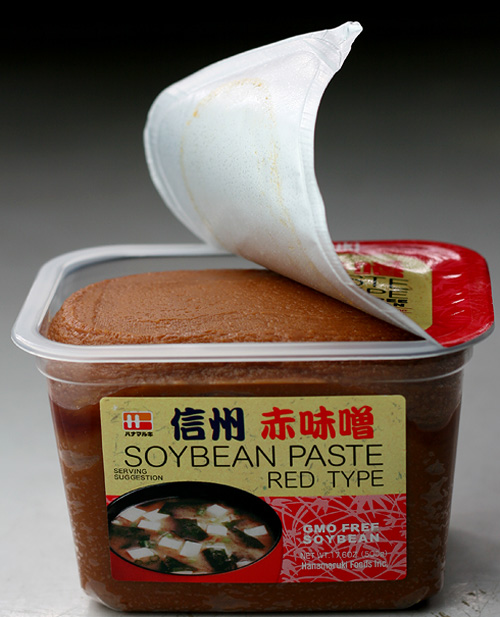 Red Miso is a fermented paste made from soybeans, salt and either rice or barley. It may also have seasonings added such as pepper, ginger, etc.

It has a richer, saltier taste than “White Miso” as it is allowed to ferment longer than white — typically, about three weeks longer.

Generally, people agree that red miso is better for miso soups than the white miso is.

Red Miso is a specialty of the northern island of Japan (called “Hokkaido”.)

Though the bean used has typically been soybeans, now other beans such as red adzuki beans, chickpeas, etc are also used in some brands.

Will keep indefinitely in fridge in a covered container.

Red Miso evolved in the northern parts of Japan.

This web site generates income from affiliated links and ads at no cost to you to fund continued research · Information on this site is Copyright © 2022· Feel free to cite correctly, but copying whole pages for your website is content theft and will be DCMA'd.
Tagged With: Japanese, Miso Pastes