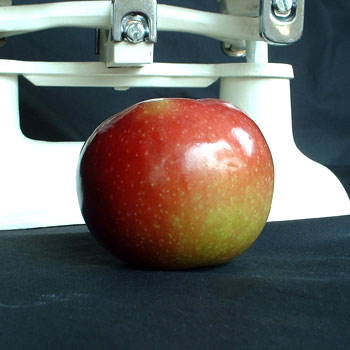 Royal Gala Apples have pale red flushes over top of a yellow or cream-coloured skin.

They are sweet apples, with white flesh.

Royal Gala Apples were developed in New Zealand from a sport of a Gala apple tree.

The apples were introduced commercially in New Zealand in 1960, and in North America in the early 1970s.

The apple was named to honour the Queen (Elizabeth II) during a visit by her to New Zealand.