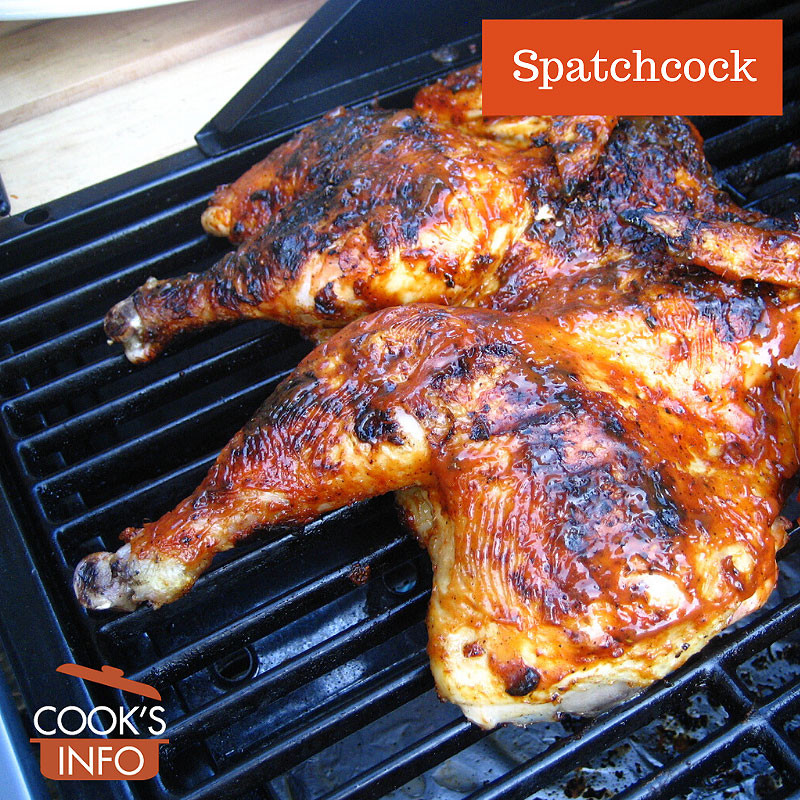 Spatchcocking is a cooking technique. “To spatchcock” means to split open poultry, flatten it, and grill it.

This allows the bird to be cooked quickly and evenly.

You use sturdy kitchen shears, and make two cuts in the bird, one along each side of the backbone to get at it for removal. Then you turn the bird over and press it open and flat.  In the past, the bird may have been partially deboned as well in addition to the backbone being removed.

Spatchcocking a bird is a popular way of preparing chicken for the barbeque in Australia.

The term has also been seen applied to lamb.

Though you might be tempted to use the word “butterflied”, “butterflied” is generally applied to boneless pieces of meat.

Not the same as Spitchcock. 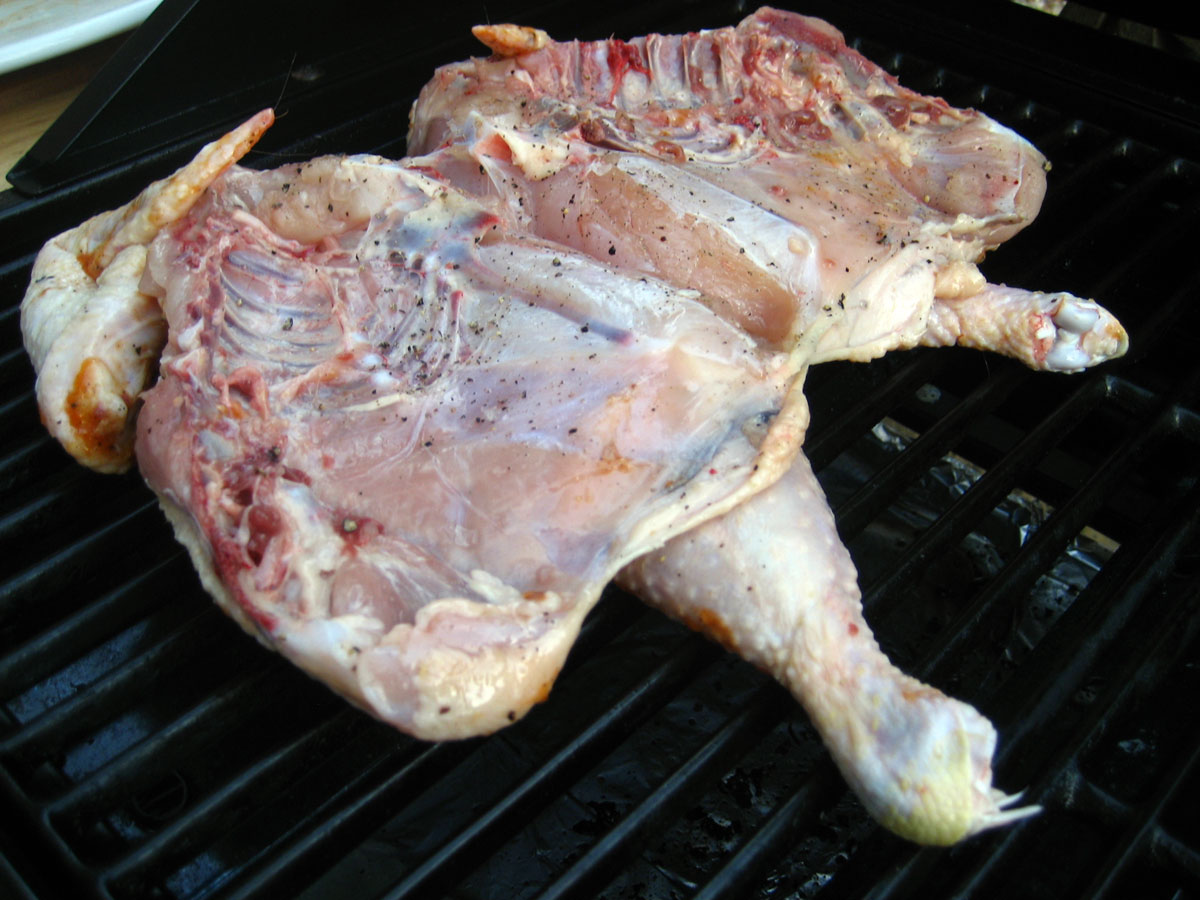 No one is certain where either part of the verb “spatchcock” actually comes from. One guess is that “spatch” is a corruption of “spitch”, which in turn is a corruption of “spit.” It’s conceivable that the grilling or roasting may have been done with the bird impaled on a spit. The “cock” part at the end, some sources surmise, comes from an older form of the word “cook” (viz. the German word, “kochen”.)

The French word for this is “poulet en crapaudine”, meaning chicken served toad-style. Some in English call it “frogging” the chicken.

The word can also be applied outside the kitchen to someone’s forced introduction of one topic into another. 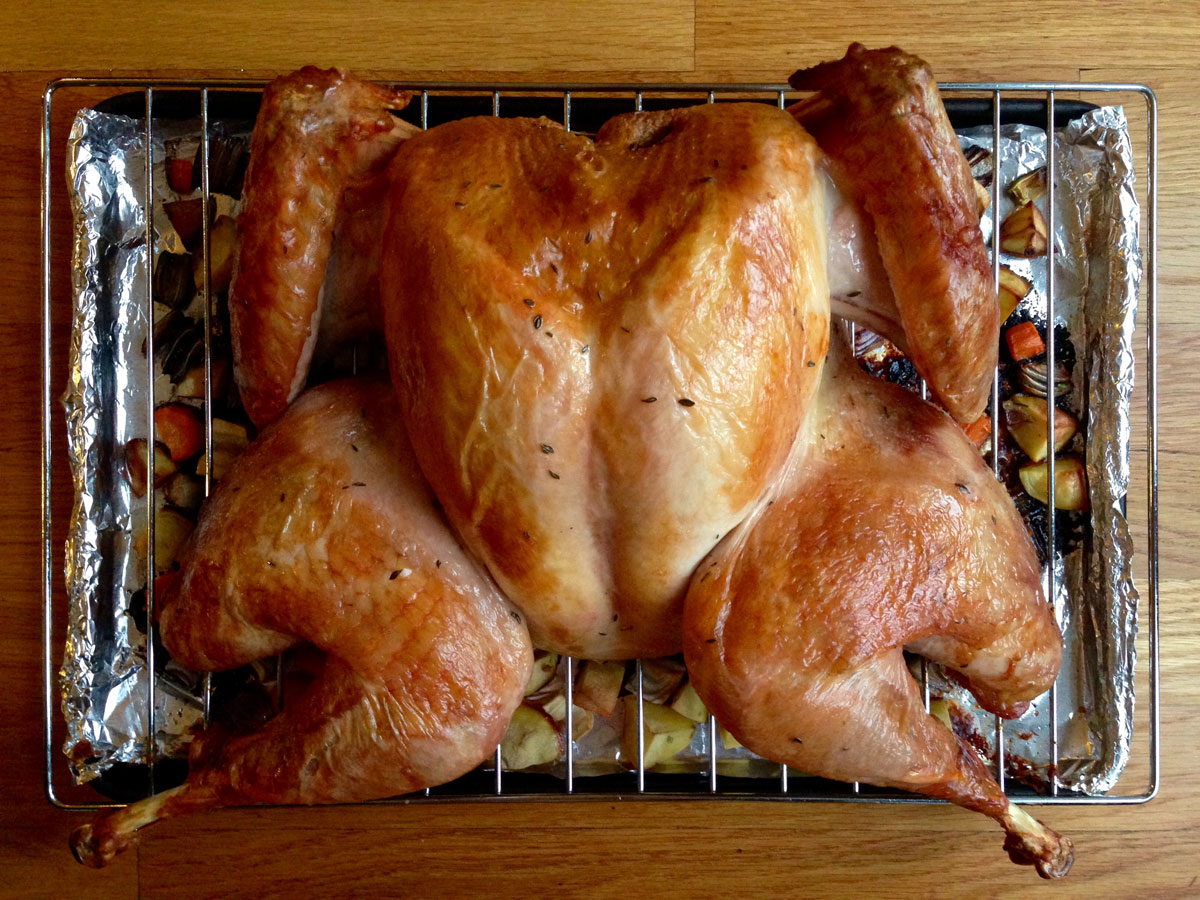 This web site generates income from affiliated links and ads at no cost to you to fund continued research · Information on this site is Copyright © 2022· Feel free to cite correctly, but copying whole pages for your website is content theft and will be DCMA'd.
Tagged With: Chicken