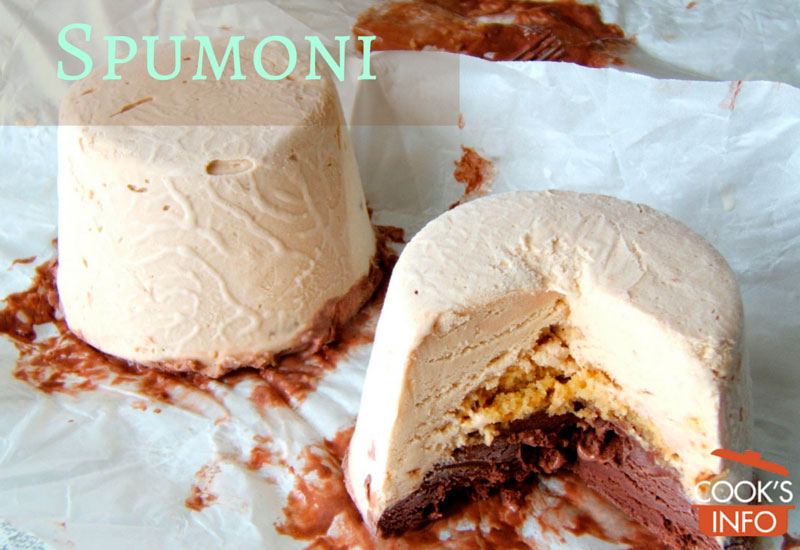 There are two desserts with the name of spumoni.

One is an Italian dessert which has some ice cream in it. the other is the North American ice cream called “Spumoni.”

Italian spumoni is an Italian dessert consisting of a light mousse with candy, almonds and pieces of chocolate covered by a layer of ice cream. This dessert is a specialty of many ice cream stores (gelateria) in Naples and Palermo.

To make, metal moulds, either round or shaped like cups, are put in the freezer empty to chill them well (in place of metal moulds, cups that are safe for the freezer can be used.) While this is happening, the mousse (spuma) is made and mixed with the candy, nuts and chocolate.

The moulds are removed from the freezer and lined with ice cream (flavour of your choice) about 1 cm deep (⅓ inch). The empty space in the middle is then filled with the mousse. It is covered with a round of white paper, and frozen for up to four hours. To serve, the white paper is removed, and the dessert is shaken out of the mould onto a plate and served whole. 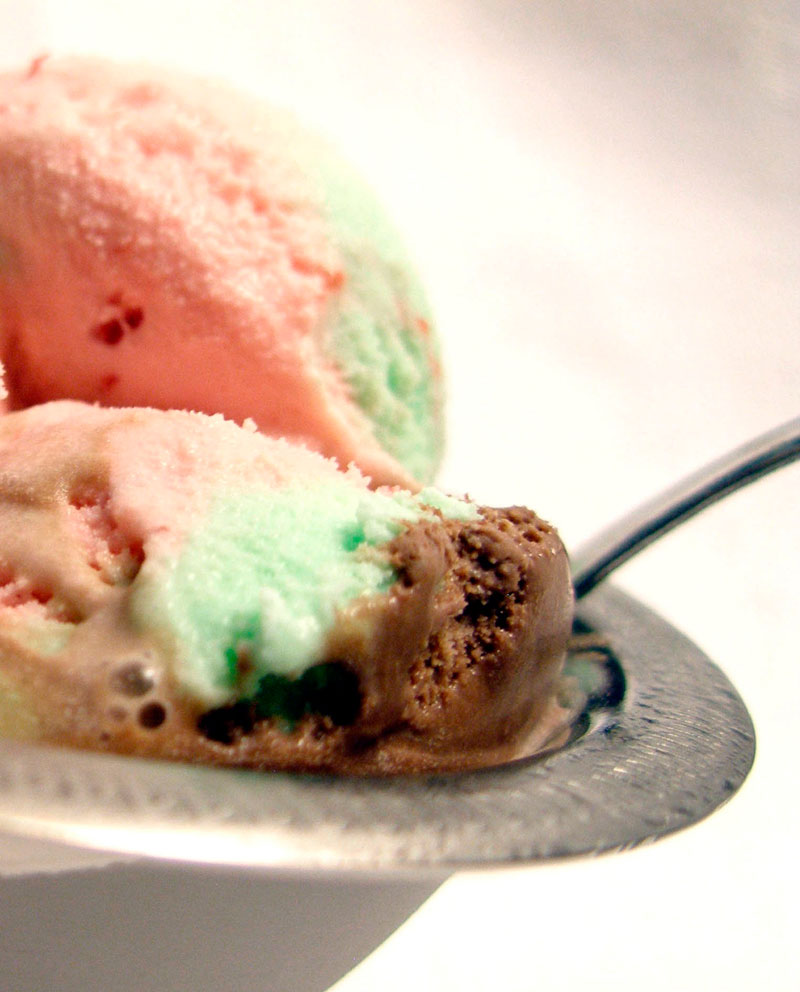 The Italian dessert inspired a North American version of ice cream called “spumoni” which admittedly doesn’t have much in common with its namesake.

To complicate things, there are two versions of spumoni ice cream in North America. Both have far more in common with Neapolitan ice cream than they do with spumoni, the actual dessert.

One is basically a three-layered Neapolitan-style American ice cream, with the chocolate layer being replaced by a green layer that is pistachio flavoured.

The other is also a three-layered Neapolitan-style American ice cream, that may have a chocolate or a green layer, but that has a small amount of candied fruit mixed in. This is slightly-more authentic, but harder to get kids to eat because it has “bits” in it.

In either version, the red layer is often cherry-flavoured.

This web site generates income from affiliated links and ads at no cost to you to fund continued research · Information on this site is Copyright © 2022· Feel free to cite correctly, but copying whole pages for your website is content theft and will be DCMA'd.
Tagged With: Ice Cream, Italian Food