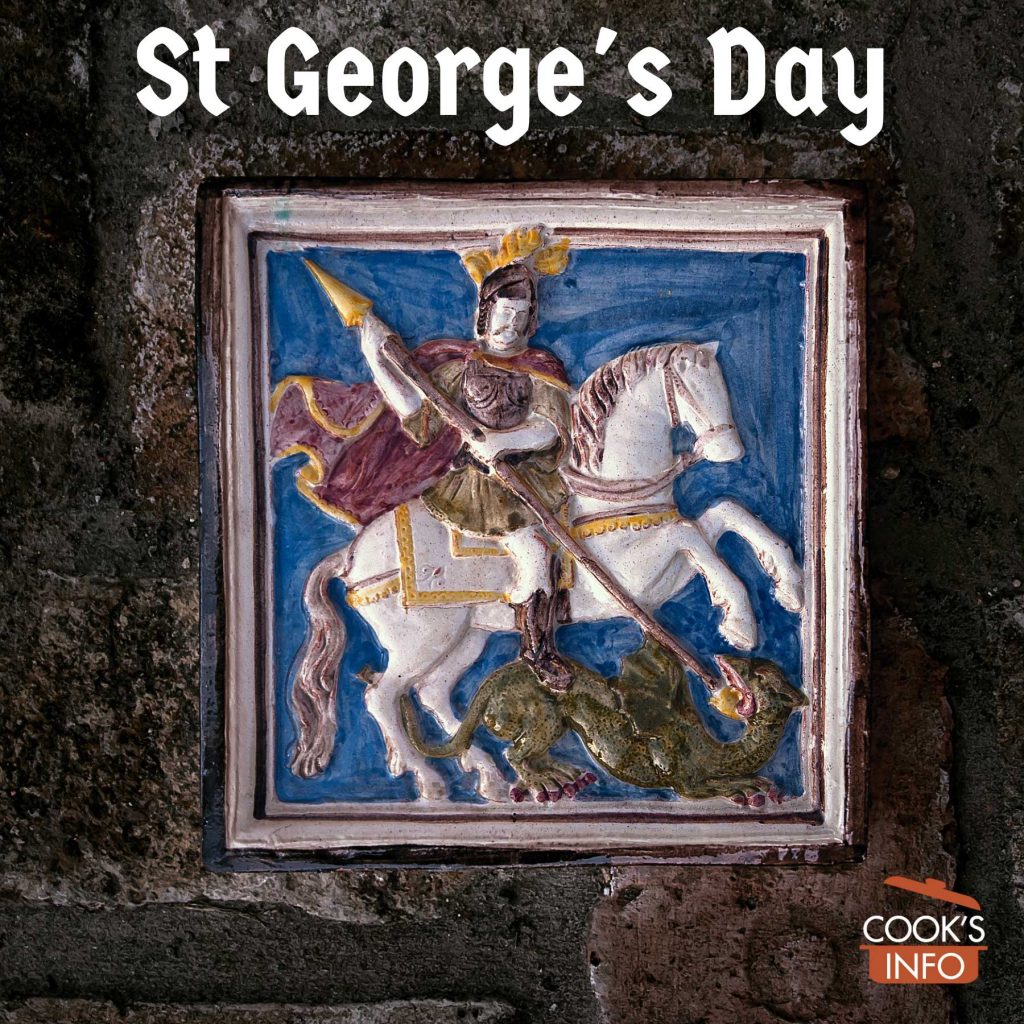 The 23rd of April is St George’s Day.

St George’s mushrooms start to appear on this day in England.

St George is the patron saint of England. His flag is a red cross on a white background. He is reputed to have saved a King’s daughter from a dragon.

While Scotland, Wales and Northern Ireland have their own special days, this is the unofficial national day of England.

St George is also celebrated throughout Europe on this day, though differently. Throughout Eastern Europe, St George and his day also have “Green Man” associations of a spirit of the woods and fields. In Russia, a boy used to be dressed with branches to go into the fields.

In some parts of Eastern Europe, lambs are sacrificed for him.

In Canada, the day is an official provincial holiday in Newfoundland and Labrador. 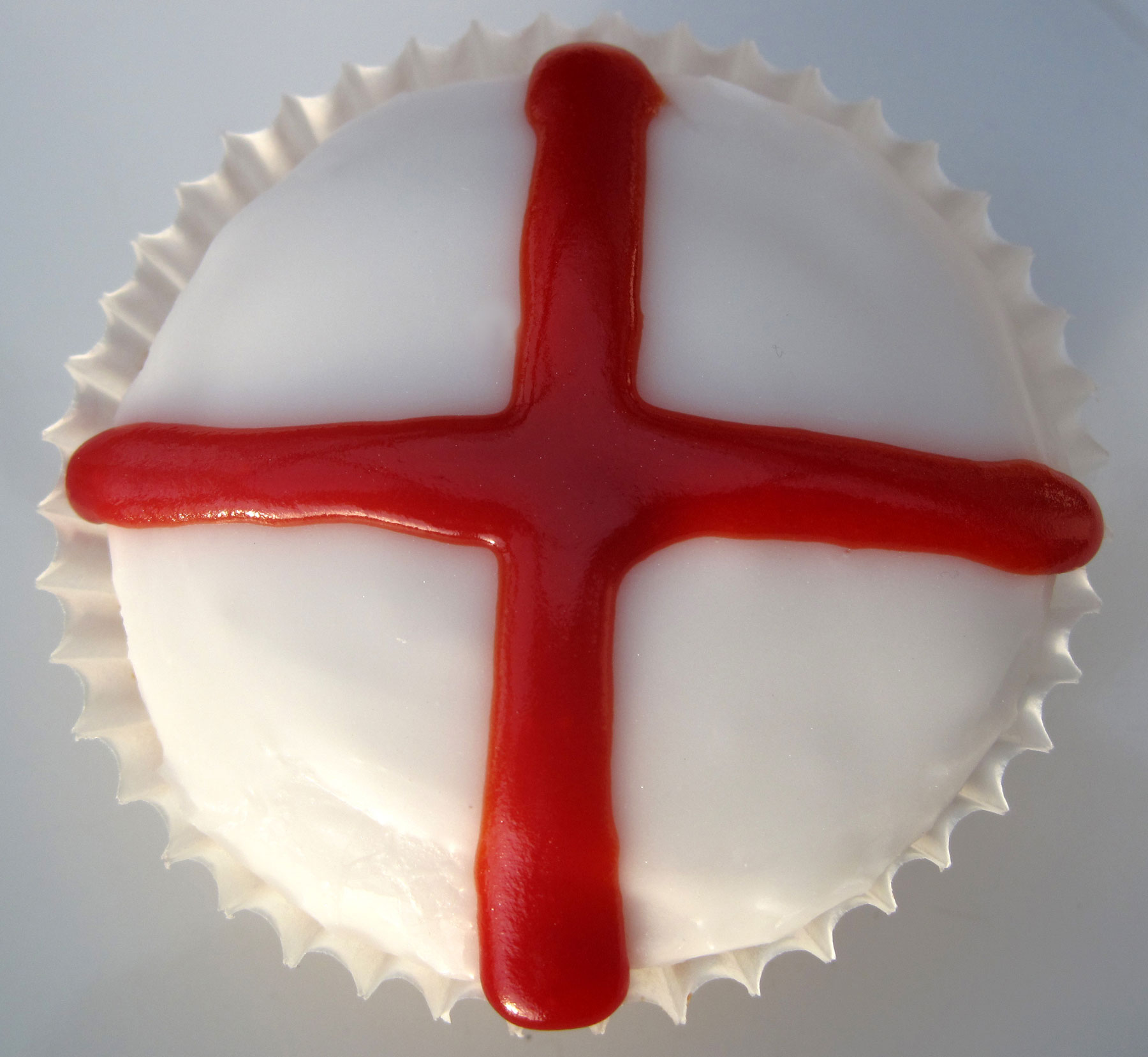 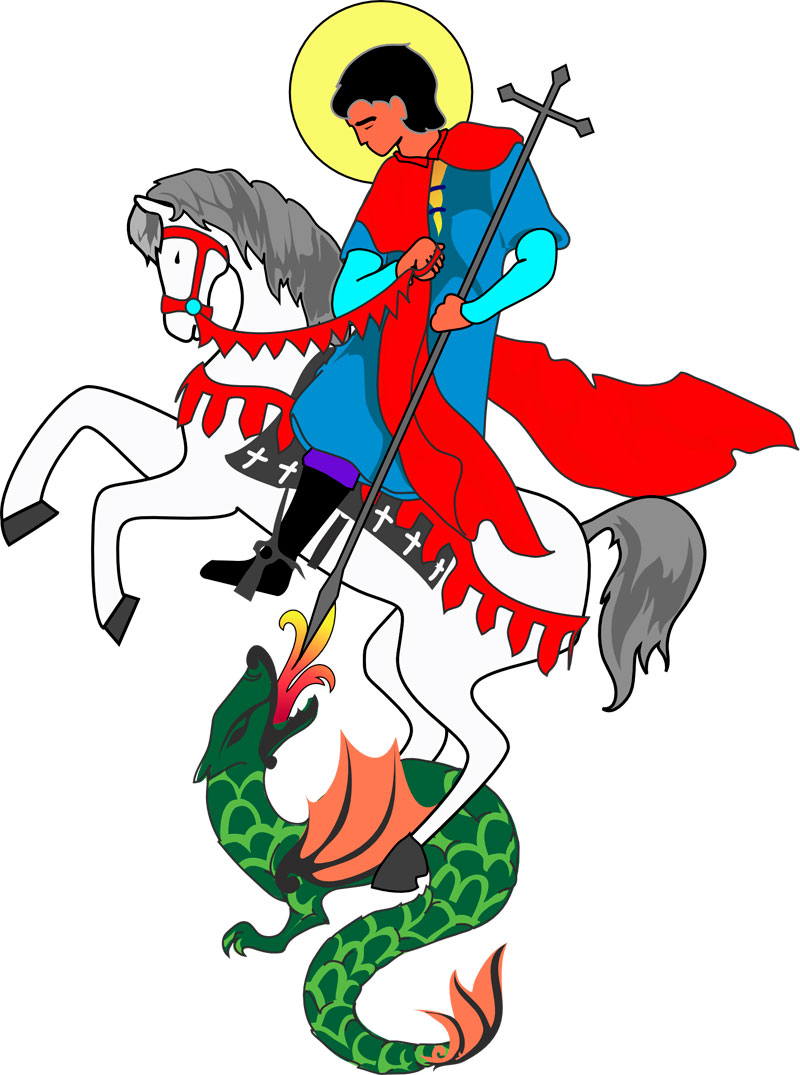