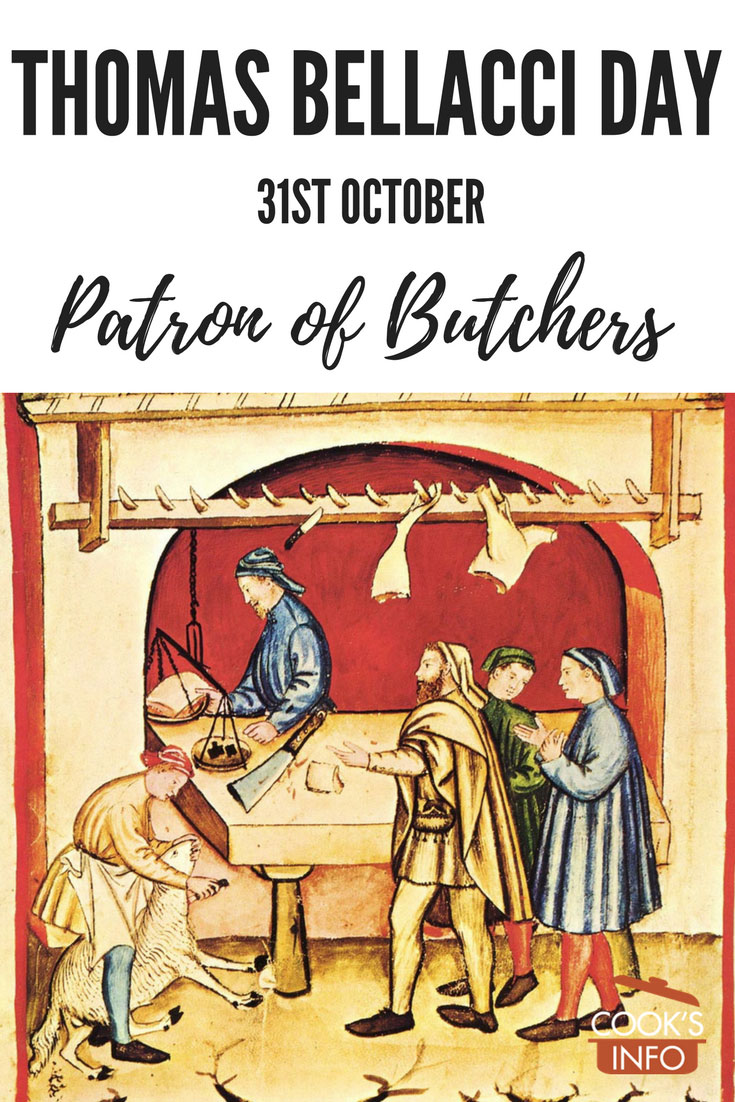 He was born in Florence, Italy, of parents who came from Castello di Linari in Val d’Elsa. The house he was born in was on the Ponte alle Grazie in Florence. This bridge (or rather, a previous incarnation of it) had houses on it for hundreds of years, just as the Ponte Vecchio still does. 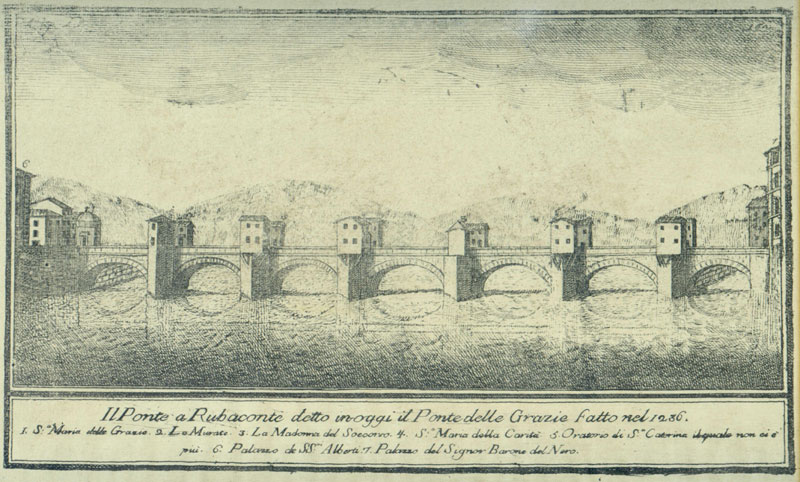 Bellacci became a butcher himself, helping his father in his work. When young, though, he was a wastrel. He always got himself in trouble, until finally he was falsely accused of a serious crime when he was around the age of 30. He was helped out by a citizen named Angelo Pace; Pace introduced him to some friends of his who were monks, who in turn inspired him to a life of prayer.

In 1405, Bellacci joined the Franciscans in Fiesole, just north of Florence, even though he was a lay person.

Even though he was never ordained, he established several monasteries in southern Italy. Pope Martin V (Pope from 1417-1431) made him Vicar General of Tuscany, and used him to preach against the Fraticelli, an offshoot of Franciscans that were branded as heretics. In 1438, he went with Alberto da Sarteano to Syria and Egypt on a trip to meet various churches to discuss reunification of the Christian churches. In Egypt, Alberto fell ill and returned to Italy, making Bellacci the head of the mission. In attempting to travel on to Ethiopia, he was captured by the Turks three times. The first two times Florentine merchants secured his release; the third time the Pope himself paid for his ransom. He returned to Italy in 1444 or 1445 and stayed for two years in a convent in Abruzzo. He died 31 October 1447 in a Franciscan convent at Fonte Palomba near Rieti, at the age of 77, while returning from a trip to Aquila.

He was beatified by Pope Clement XIV in 1771.

To be clear, he’s actually not a “full” saint. And, note that there are many patron saints of butchers in addition to Bellacci.

Despite his being a Patron of Butchers, he himself in later life ate only bread, root vegetables, and water.

His feast day is the 31st of October to mark his death, but in practice it’s celebrated by butchers on the last Sunday in October. From about 2000 on, a butcher named Dario Cecchini has organized village celebrations in Panzano, Tuscany. 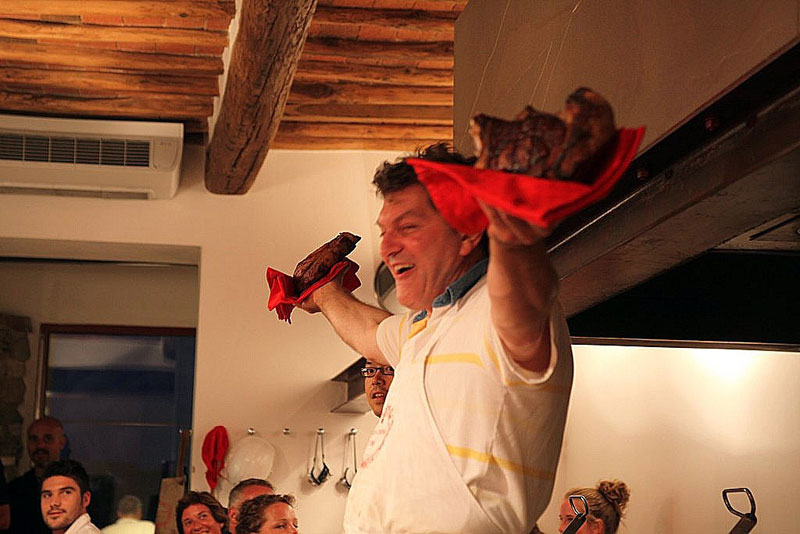 Dario Cecchini, organizer of the Thomas Bellacci celebrations in Tuscany.

“Cecchini added that saintly intervention might have had a hand in Wednesday’s thumbs up from the EU committee. ‘Our patron, Beato Tommaso Bellacci, definitely had a hand in this. After all, his feast day is coming up.’

Every year butchers of the world answer Cecchini’s call for a massive grill-up and party on the saint’s day, October 23.” Tommaso Bellacci, a 14th-century monk tortured by the Turks after he was sent to bring eastern Christians back to the Roman church, was the son of butchers and a tearaway in his Florence youth. Cecchini thanked the saint for “bringing back to Earth the meat masterpiece that was so roughly torn from us.” — Butcher poet hails T-Bone return. Italy Magazine. 6 October 2006. Accessed June 2017 at http://www.italymagazine.com/italy/tuscany/butcher-poet-hails-t-bone-return

The Italian word for butcher at the time was “beccaio”; it is now “macellaio.”

This web site generates income from affiliated links and ads at no cost to you to fund continued research · Information on this site is Copyright © 2022· Feel free to cite correctly, but copying whole pages for your website is content theft and will be DCMA'd.
Tagged With: Meat, Saints