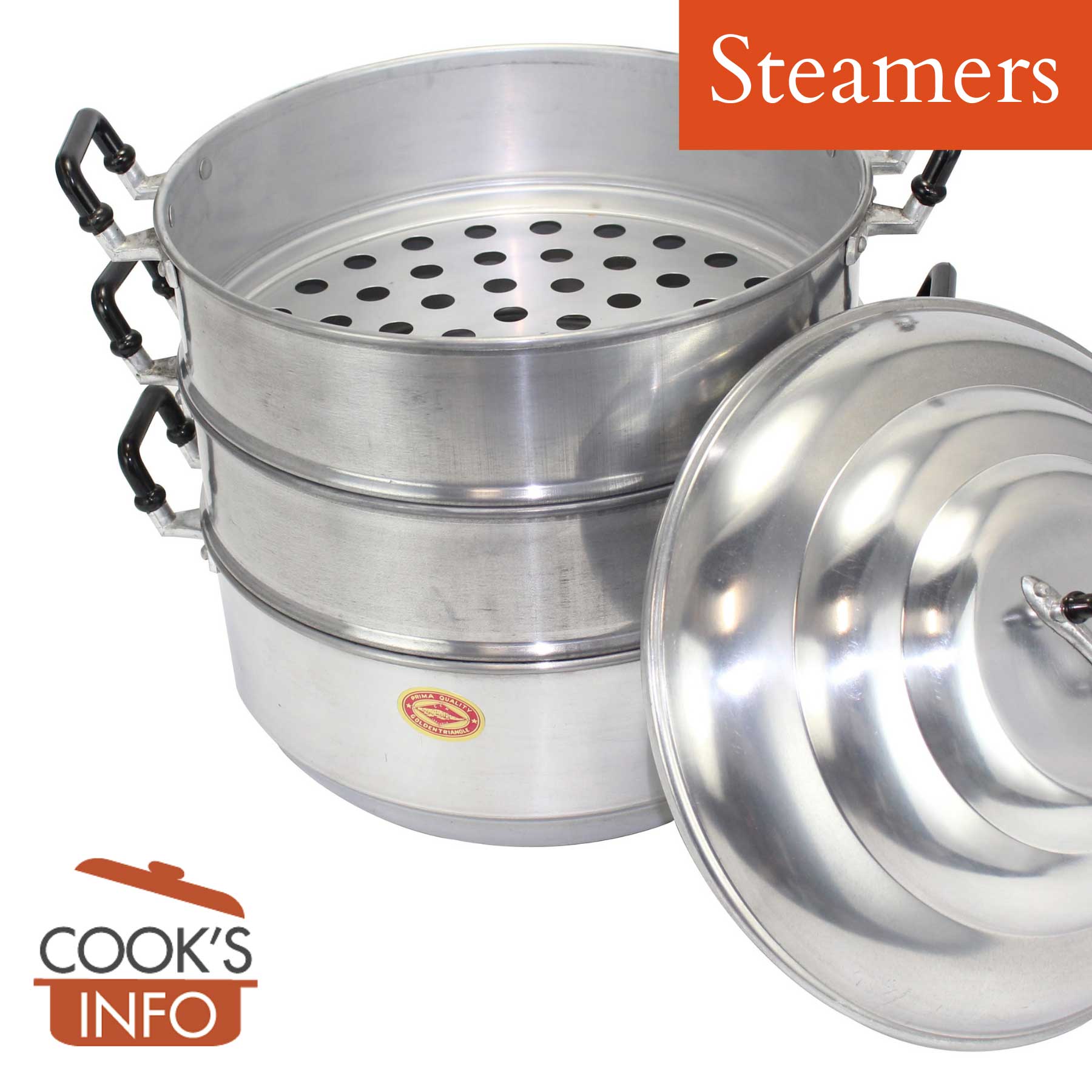 A steamer is a device that has boiling water in its lower part, and in its upper part, a perforated layer allowing steam from the boiling water below to rise up through the perforations and cook the food placed on that upper layer.

The purpose of a steamer is to keep food out of boiling water so that it cooks by steaming, not by boiling. Many more delicate foods will keep their flavour, texture, colour and shape better when steamed versus boiling.

A steamer can be a purposefully-designed unit that comes with both a special pot and a steamer layer above. The device can be meant for stove top use, or it can be an electric device for counter-top use.

A steamer can also be an ad hoc assembly using an insert that goes into or on top of regular pots. These inserts can be made of aluminum, stainless steel, enamelled metal, bamboo, etc.

Other steamer basket designs fold outwards in metal “leaves” from the centre, allowing them to fit a wide range of pots. The idea is that these baskets are collapsible for easier storage. Still, some people feel they can be a nuisance to store or handle. The “leaves” fall out of place, or trip over each other. These designs, some say, can be flimsy and are really not meant to last forever. 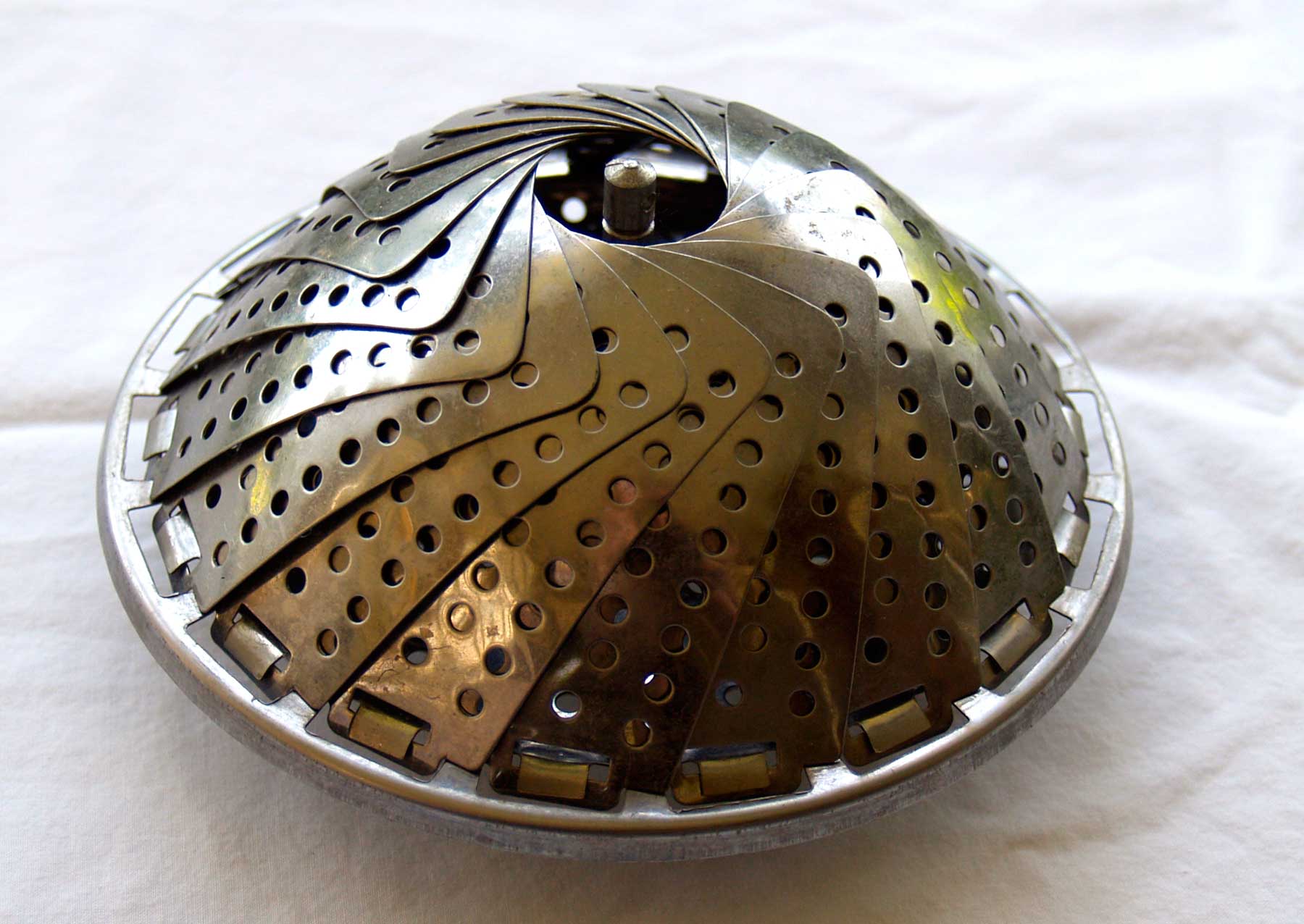 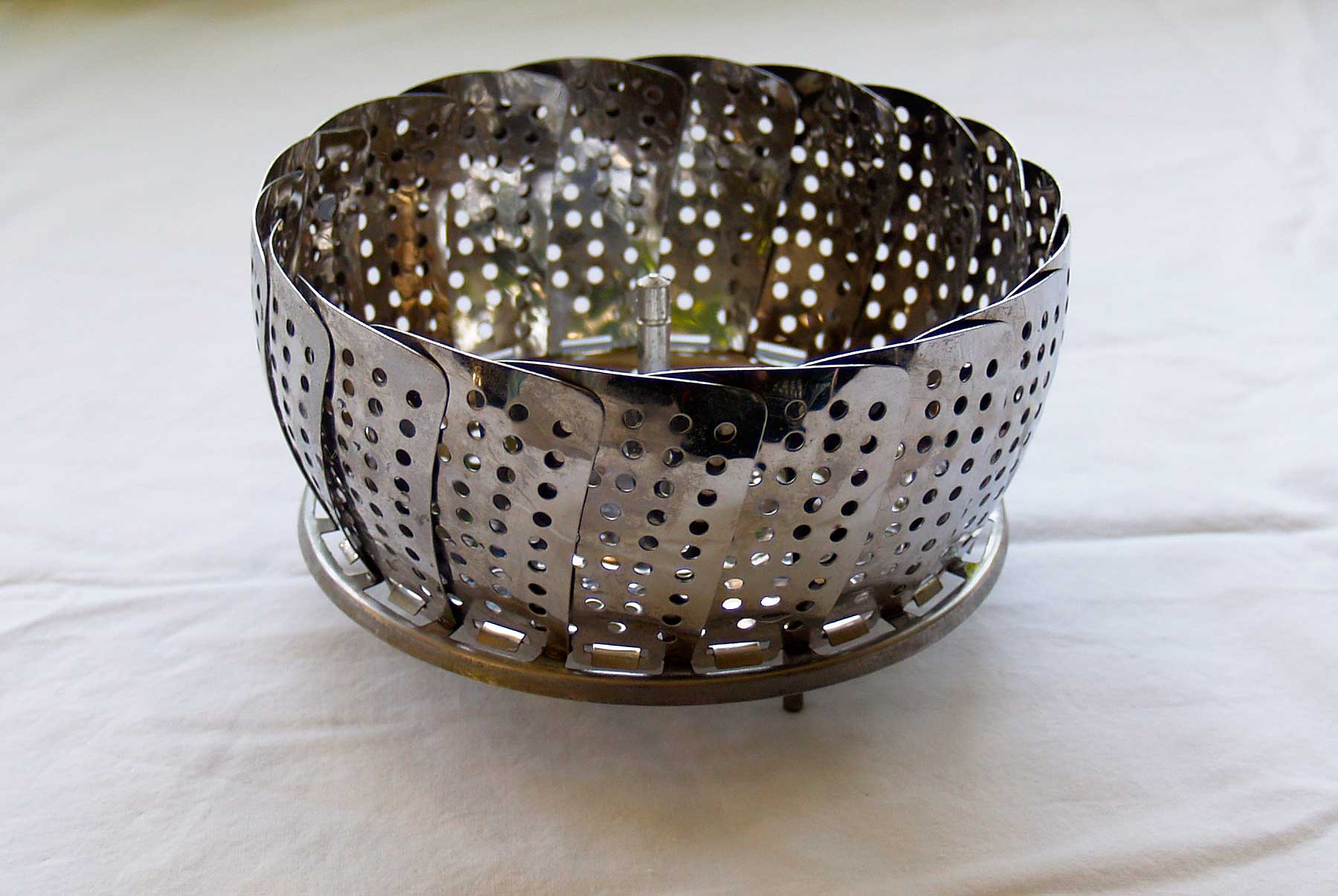 The boiling water below shouldn’t touch the steamer layer, or it can make food soggy and overcooked. About 5 cm (2 inches) of water should be enough to steam for up to 45 minutes. There are exceptions on how much water to put in — it can depend on how tight and loose fitting the steamer lid. Tall steamers specially for asparagus are designed for the asparagus stalks to be standing up, with their tougher base in the water to cook the bases more, and so will need more water. If your steamer came with a manual, follow manufacturer’s recommendations.

Covering a steamer will help to keep most of the moisture in the pot so that it doesn’t boil dry. If you’re steaming for long periods, you must check regularly on the water level, even if you have the steamer covered.

Stainless ones can pick up what looks like rust from acidic foods, though often it will come off after a run through a dishwasher. 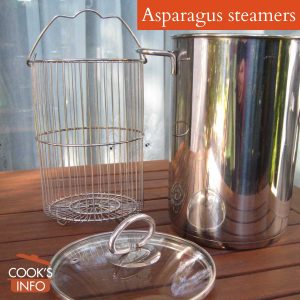 An asparagus steamer is a very tall, narrow, cylinder-shaped, stainless-steel pot with a tall, narrow basket that may be a mesh cage or more of a wired cage. 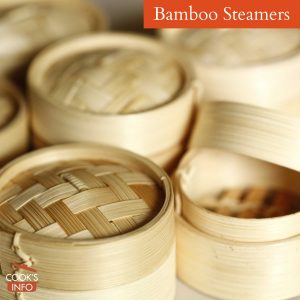 Bamboo steamers are cooking vessels made of bamboo meant for use in cooking food items by steam.

This web site generates income from affiliated links and ads at no cost to you to fund continued research · Information on this site is Copyright © 2023· Feel free to cite correctly, but copying whole pages for your website is content theft and will be DCMA'd.
Tagged With: Cooking Tools, Double Boiler, Steamers