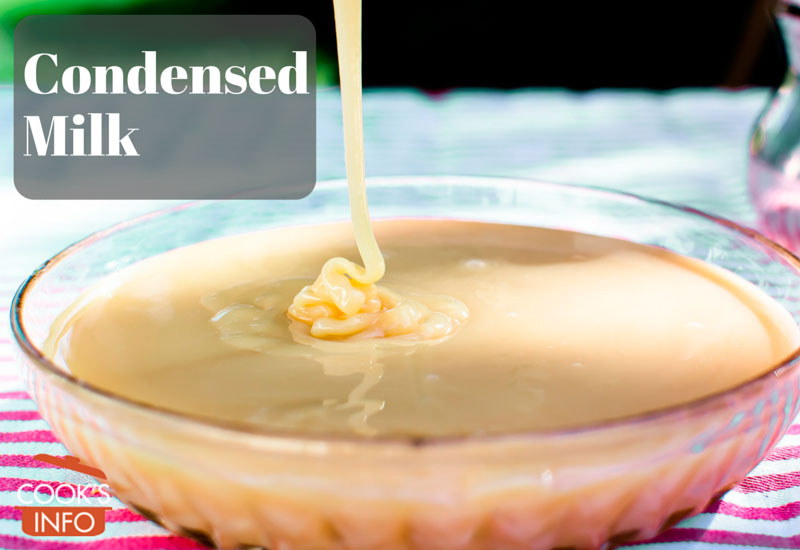 Contents hide
Sweetened Condensed Milk is made by putting milk under a vacuum and removing half its water. It is then sweetened with sugar or corn syrup, then sterilized and homogenized.

Now there are low-fat and fat-free versions.

Sometimes evaporated milk is referred to as condensed milk, but this is not to be confused with the Sweetened Condensed kind.

In North America it is sold in tins; in Europe it is sold in both tins and tubes. The tubes allow you to only use small amounts at a time. 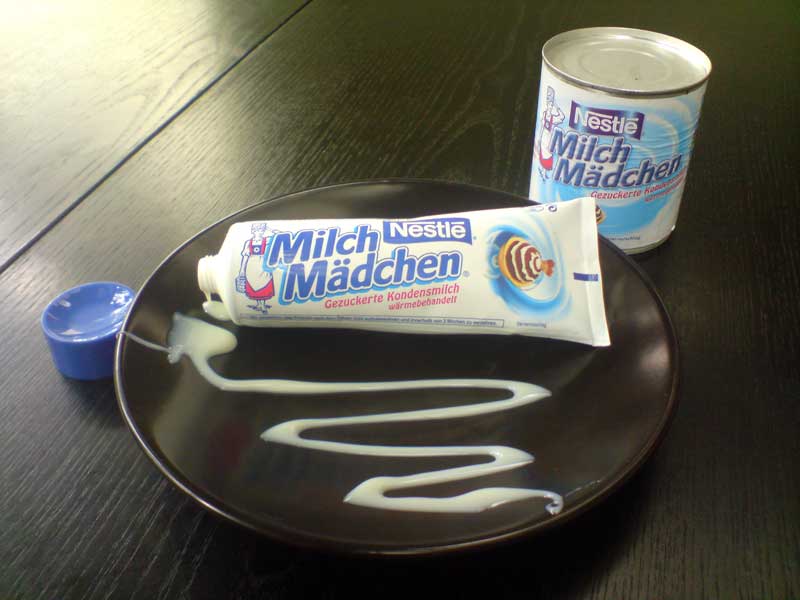 Store in cupboard for up to two years (expiration date usually on bottom of tin). If it looks carmelized and thick when you open it, it is still good.

A well-known brand in North America is Eagle Brand. Gail Borden received the patent for it in both the US and the UK in 1856. He built his first factory in 1857 in Burrville, Connecticut. He produced only sweetened milk (aka Sweetened Condensed Milk) until 1892, at which time Borden finally added plain condensed (aka evaporated milk) to their line.

Eagle Brand first started promoting their product with “Elsie the Cow” in 1938. 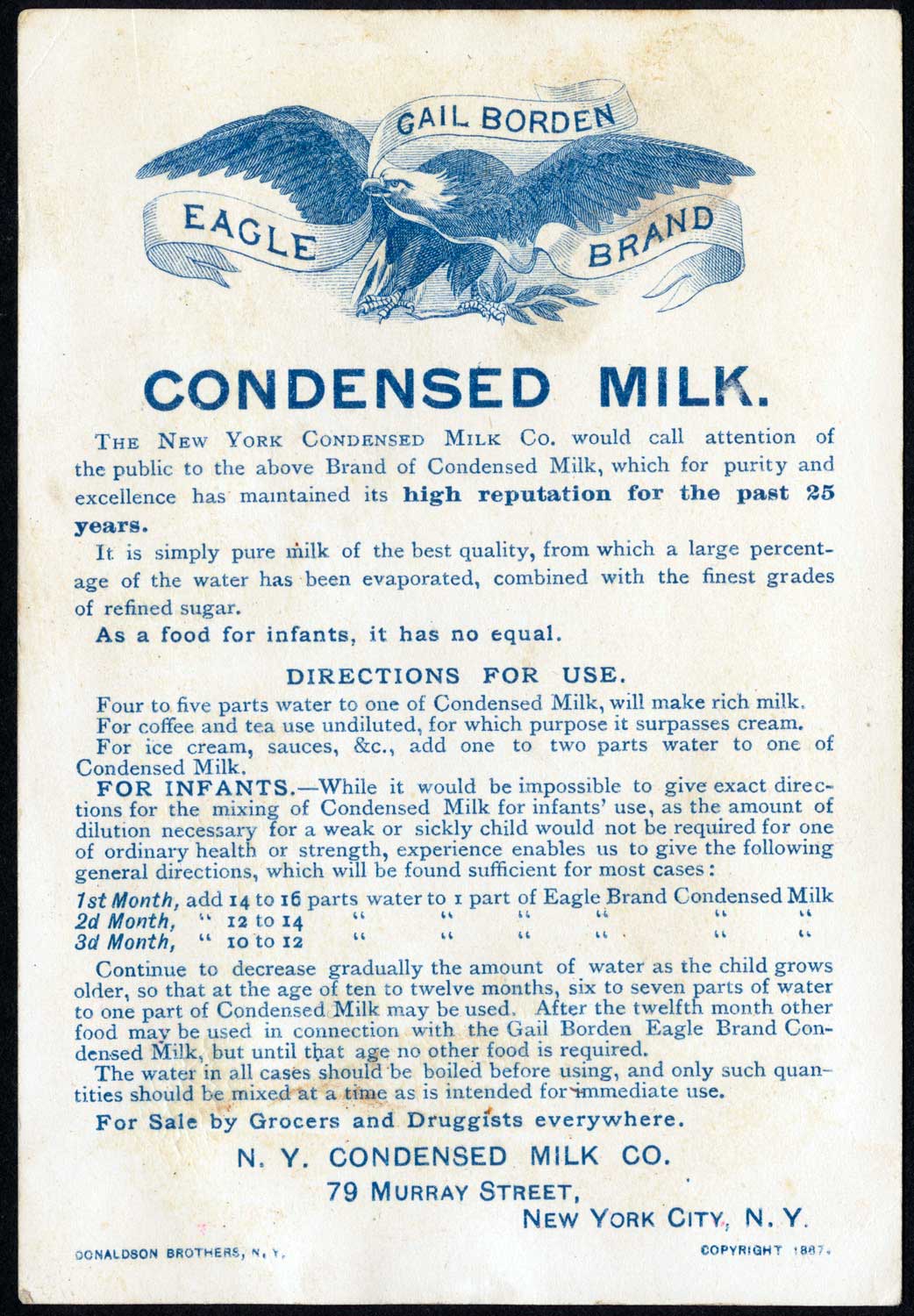 Sweetened Condensed Milk was very popular before refrigeration. It was used for the troops in the American Civil War.