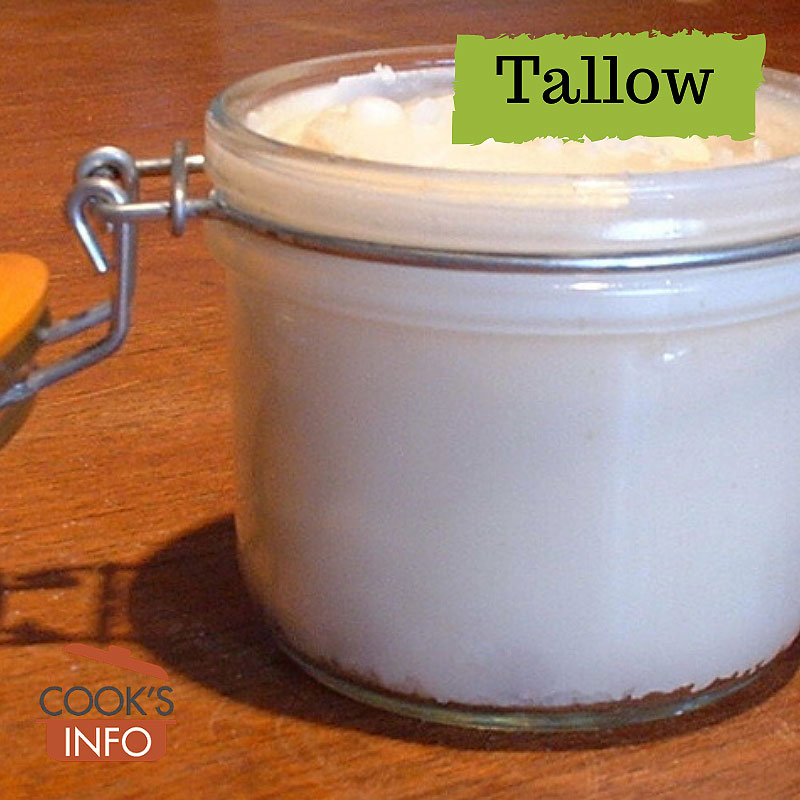 Tallow, in culinary terms, is beef or sheep fat that has been rendered (melted down and strained of any solids.) The fat can be from anywhere on the animal. In particular, it refers to fat from around the kidney (see Language Notes below.)

The rendering process drives off water and solids, and thus extends the fat’s storage life, as well as purifying it.

It is solid at room temperature.

Tallow is not the same as suet or dripping.

Tallow can be stored at room temperature in sealed containers. However, for longest storage life and best quality, refrigerate, or freeze.

To freeze, some people like to roll it up into balls, wrap in plastic film, and freeze. This gives them quantity control when they go to use it.

Grate frozen if required when you go to use it.

The Oxford English dictionary says, “Tallow: (1) The fat or adipose tissue of an animal, especially that which yields the substance described in (2); suet. (2) A substance consisting of a somewhat hard animal fat (especially that obtained from the parts about the kidneys of ruminating animals), separated from the membranes, etc., naturally mixed with it by melting and clarifying…”

As a side note, Oxford notes that the word did not enter the language until Late Middle English, and isn’t actually sure where it came from.

Up until the 1800s, the word “suet” was also used occasionally medically to refer to the fat around human kidneys.

You can render tallow in a pot on the stove top, over low heat, or in a baking dish in a low to medium heat oven, heating the fat will the fat melts. Some people prefer to do this in a slow cooker.

You do not want the heat too high, or your tallow may take on a burnt taste. The melting process can take several hours but does not require your constant attention other than to ensure the heat is not too high and to check on the progress of the fat melting.

At a certain point, the solids remaining will have fried to a crisp in their own fat, and you will know they are not going to release any more.

Strain out and discard any solids, and pour the liquid fat carefully into a large jar or container to cool. Be very careful with the hot fat.

If using a glass vessel, be sure it can stand the thermal shock of the hot fat going in. You could use a genuine canning / Mason jar, pre-heated with very hot water. You may also wish to let the fat cool down a bit before pouring.

The fat will be golden while hot, but will cool to a creamy white colour. 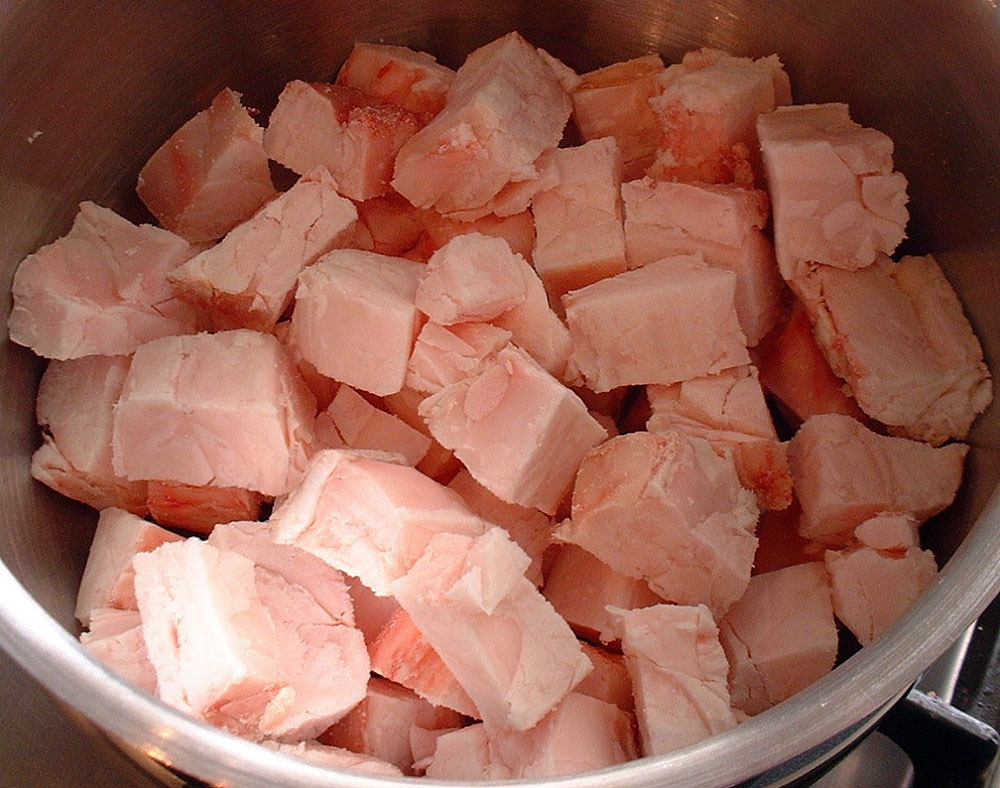 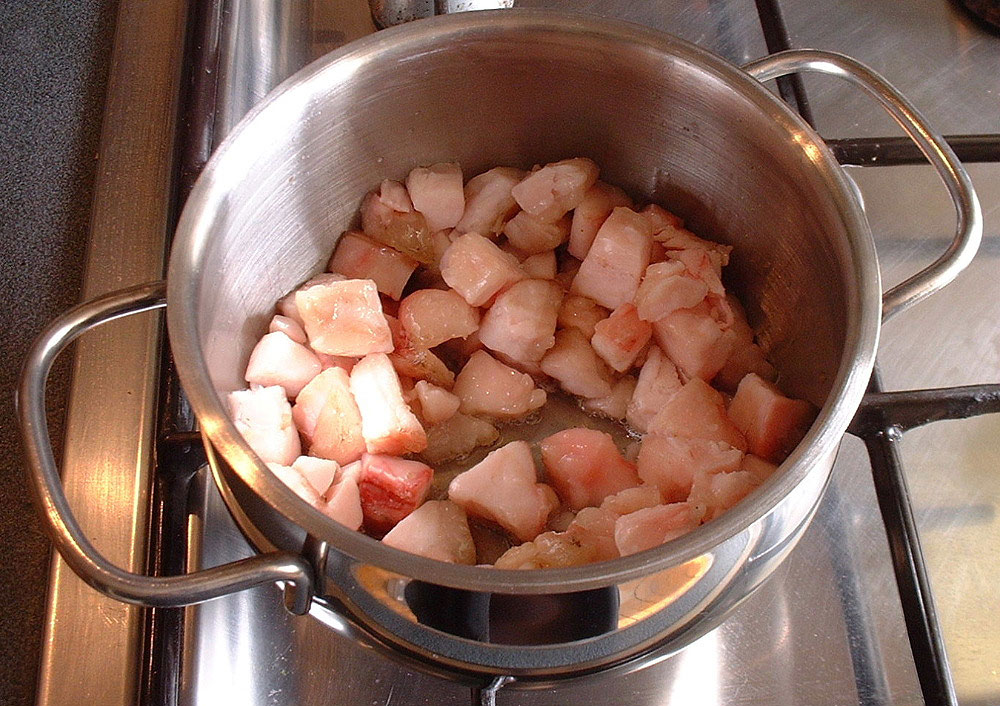 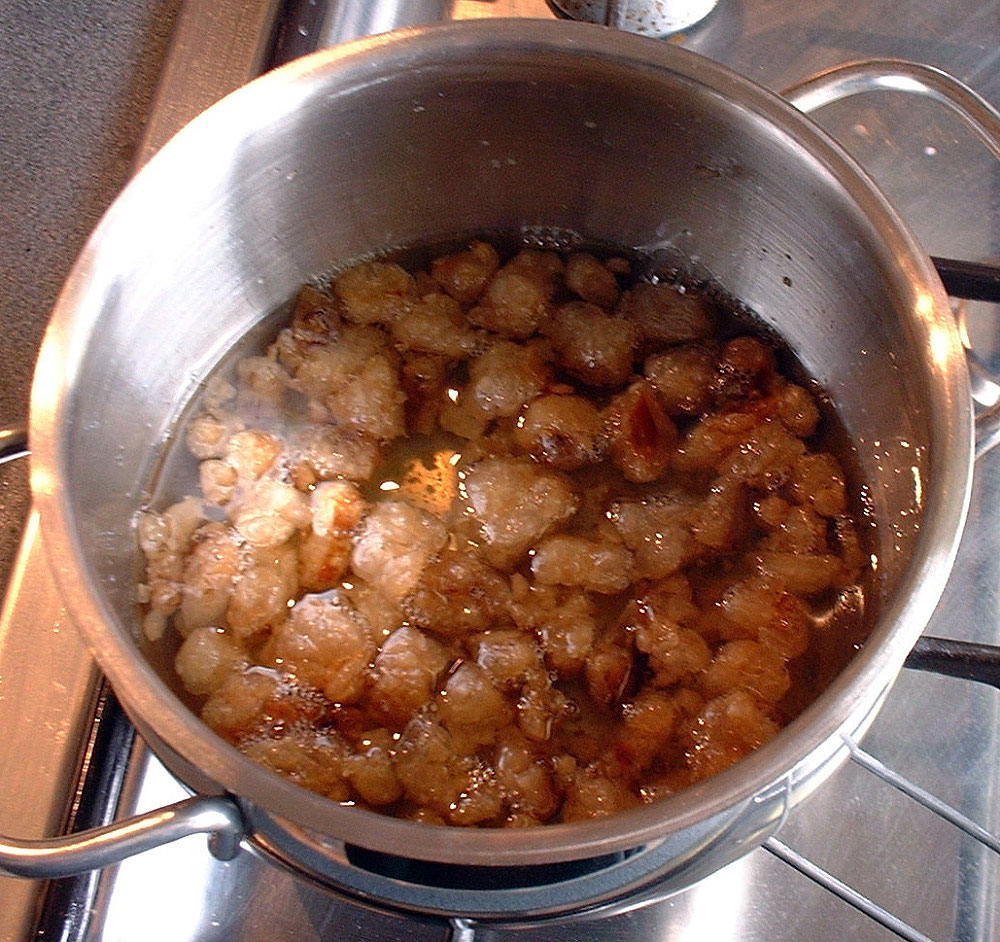 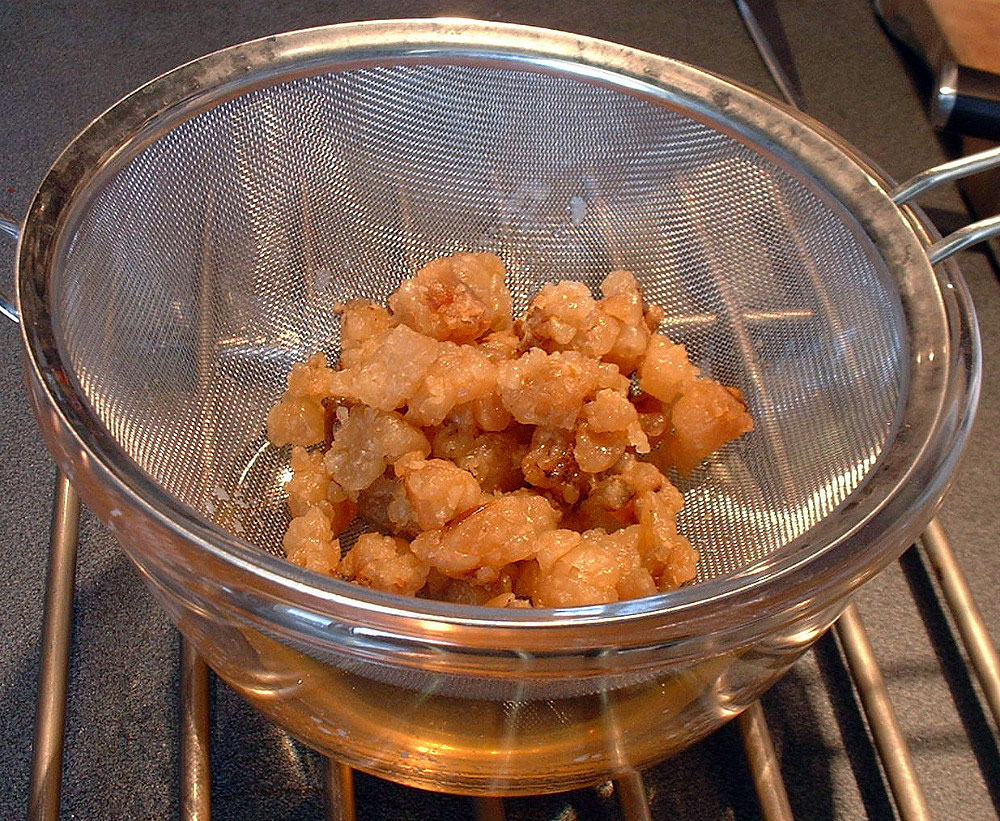