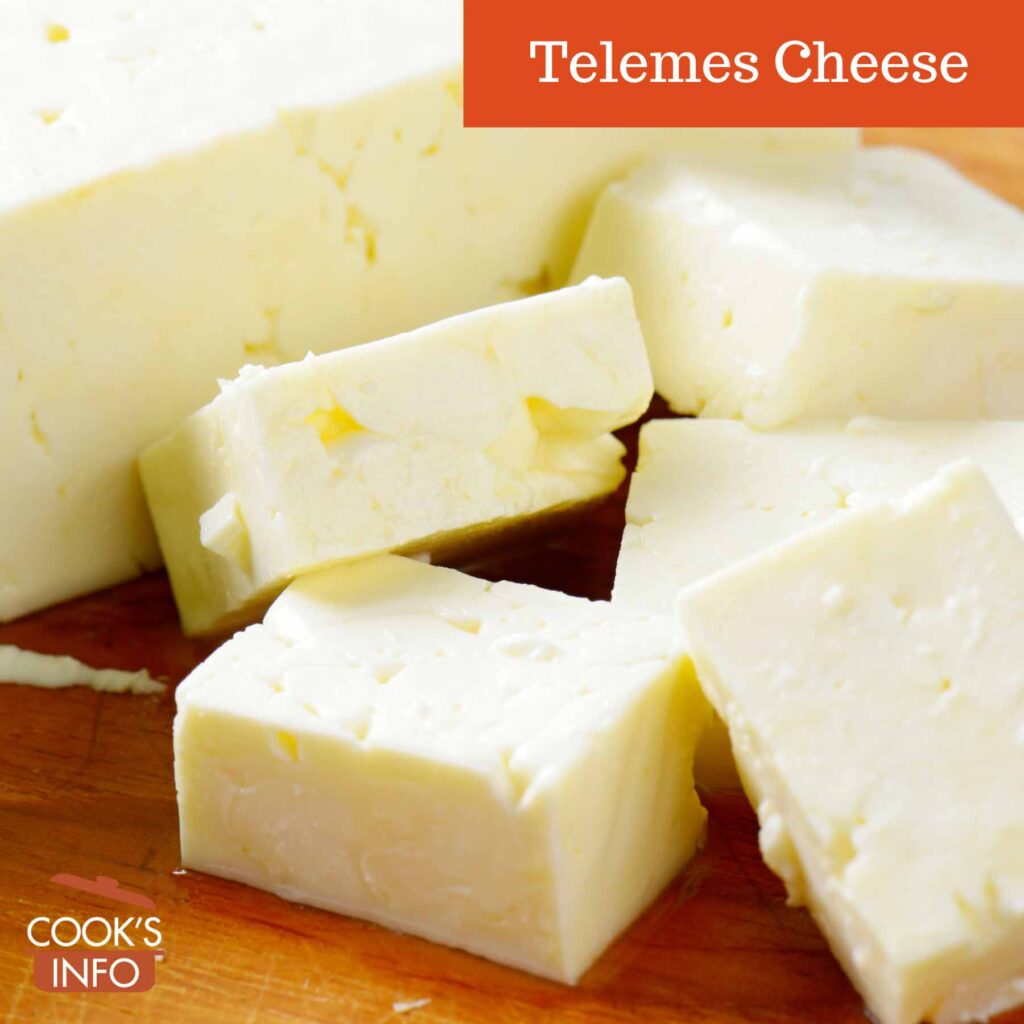 Telemes is a cheese very much like feta, in that it is aged and stored in brine, and ends up crumbly.

The difference is that while feta is made exclusively from sheep’s milk and some goat’s milk, Telemes can also be made from cow’s milk and in practice, most often is:

“It is essentially white, soft or semi-hard brine cheese, produced from whole, usually pasteurized, sheep’s, goat’s or cow’s milk or a mixture thereof. But in practice cow’s milk dominates.” [1]European Telemes cheese, a traditional white cheese. Accessed May 2022 at https://www.eudairies.eu/index.php/en/blog-2/telemes-a-traditional-white-cheese-of-europe

Because most feta cheese outside Greece is made with cow’s milk as opposed to sheep’s milk, this makes that feta-style cheese in effect Telemes cheese.

Because of the butterfat in cow’s milk, Telemes cheese ends up off-white instead of white as it would if made from sheep’s milk.

Telemes is made in Greece, Turkey, and Balkan countries such as Romania. The Romanian version, Telemea, is slightly different.

This web site generates income from affiliated links and ads at no cost to you to fund continued research · Information on this site is Copyright © 2023· Feel free to cite correctly, but copying whole pages for your website is content theft and will be DCMA'd.
Tagged With: Greek Cheeses